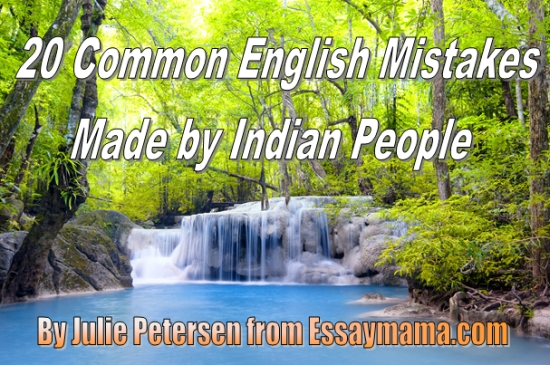 Depending on whether you are a native speaker or not, the English language can either be hard or simple to learn. Most non-native speakers consider it hard to learn especially in situation where they get introduced to the same at a very late stage in life. In as much as the native English speakers are assumed to have an easier time with the English language, not everyone can claim to have mastery on the same. As a matter of fact, most of them speak the language without a proper consideration on the grammar and words work.

Depending on what are your preferences, you can choose to either learn the British or the American English versions which are the most popular. Other versions include: the Canadian version, the Australian and the New Zealand version to name but a few. All these versions are slightly different from one another in terms of their grammar rules and in some case the spelling of words. To a typical non-native, all these can be overwhelming and confusing at the same time. This makes it hard for anyone who is willing to learn the language. In fact, some people attribute their countless mistakes to having such disparities in the versions.

In this piece, we’ll pay much of our attention to the Indian people as we try to explore some of the common mistakes they make in relation to the English language.

A very common mistake made by the Indians which sees them adding the word ”s” to words unnecessarily.

Example: Unless you gets your act right

This is wrong. Unless the words ”you” is replaced by ”he” and ”your” replaced by ”his”. Better yet you cab drop the letter ”s” from ”gets”.

More often than not, these words are misused. ”Their” refers to people whereas ”there” is used to refer to places.

Example: I have been there.

They came with their goods.

Misuse of a comma

The main purpose of a comma in a sentence should be to indicate a pause in a long sentence or split a list of items mentioned. When a sentence is split, it accounts to the misuse of a comma.

Example: It takes him all day, to drive home.

These two words basically mean the same thing and can never be used in a sentence at the same time.

Example: You have made a blunder mistake

At no point should they be used together in a sentence.

Example: This could never have turned out to be more better.

The word better in itself implies superiority hence the use of the word ”more” in the sentence is seen as being unnecessary.

”Does” is used in singular form while ”Do” indicates the plural nature of the subject.

Example: Why does he bother you a lot?

Why do they bother you a lot?

Example: I never watch movies that are not HD.  This means that you limit yourself to HD movies.

Example: Who is she?

To whom was the assignment given?

Putting a comma before the word ”that”

This is a very common grammar mistake made by Indians. There is a school of thought of the opinion that, ”that” should never have a comma before it while other provide for some discretion in certain scenarios.

Example: I did not think, that they were wrong.

Un-capitalized words at the beginning of a quotation mark

Every time you start a quotation mark, it must be followed by a capital letter.

Example: He said, ”Get up and head to school.”

Forgetting to put a question mark

Example: Are they not going to come back.

That is wrong. The sentence needs to end with a question mark.

This is a very common spelling mistake.  ”Place” refers to a certain location or position while ”Plaice” is some type of fish.

Example: He took the first place.

Who needs a plaice?

When spoken, these words sound almost the same and can be confusing to non-natives. ”Accept” means to agree to take something that’s being offered while ”Except” means with the exclusion of something.

Example: Kindly accept this as a token of appreciation.

The book is new except the cover.

”Its” is used to show possession while ”it’s” is the short version of ”it is”.

The vehicle broke its windscreen.

”Envy” is used to imply the pursuit to someone else’s success whereas ”Jealousy” has a much more negative meaning implying a fear of competition.

Example: I envy you with all your success.

His jealous nature contributed to his poor judgement.

”May” is normally used to imply a possibility while ”Might” refers to uncertainty.

Example: Two shots may get you drunk.

”Fewer” is mostly used on items that can be counted while ”Less” is used for hypothetical quantities.

”Since” refers to time while ”Because” is used to refer to causality.

Example: Since I started drinking, I’ve lost around 10 cell phones.

The use of these two words basically depends on whether the object is moving towards or away from you.

Example: Take this to your mother.

Bring it to me.

”Adverse” is used to refer to unfavourable while ”Averse” refers to the state of being reluctant.

Example: The adverse effects of tobacco.

A good number of people are averse to sleep at work.

In as much as English is a foreign language, it does not mean that we do not need to polish it up. With these mistakes highlighted, we can work towards making our English better.

Julie Petersen is a professional writer, blogger and a language tutor with 6 years of experience. She works at Essaymama.com writing agency as a writing expert and a blog editor. You may see Julia’s latest publications and contact her via Linkedin.