I’ve been fascinated with all things American since my childhood and it’s also one of the reasons why I started learning the English language at the age of 10.

To this day, however, I haven’t mastered the American English pronunciation and I don’t think it’s that important for me personally.

Well, considering that I’m living in Ireland it’s hardly surprising I wouldn’t find a practical application for an American accent! 😀

Having said that, I often speak with different English accents when I’m on my own. And, truth be told, I’m getting better at it! Still, when I’m speaking with others in real-life, I revert back to my normal foreign accent because it’s easier for me to speak that way.

Many foreign English speakers, however, aspire to adopt a certain native English accent such as British or American, and many of them are very successful in doing so.

If your dream is to sound like natural American speaker and you believe it’s what you have to do, there’s a person I’d like you to meet – Anthony Krese! 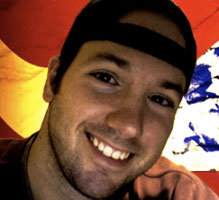 In many ways mine and Anthony’s approach to English learning and improving is very similar. We both understand that real-life English is different from the one you’ll learn in textbooks. We also realize that plenty of foreigners lack in the department of socializing skills when it comes to speaking in English in informal settings.

And while I believe that my foreign origin is actually an advantage when it comes to advising other foreigners on overcoming English fluency related issues in terms of mental aspects, Anthony has a natural edge of being a native English speaker when teaching how to speak like an American.

Therefore I think it’s only fair that I turn to a professional for advice on how to speak with an American accent so that we all can learn some new tips and tricks and take Anthony’s advice on board!

So let’s get started!

Anthony, here’s the first question for you…

1. Where in the States are you from? I noticed you speak with a specific accent when I checked out video lessons on your website – do you mind telling us what is your accent called? Also, which one of the American accents is the most popular one among foreigner English speakers? The Californian one, maybe?

I’m from Michigan. So you may hear hints of a Midwest accent. I’m not sure which accent is the most popular, but I’d say foreigners are probably most familiar with Midwest accents. These accents are all slight variations of Standard American English. For example, President Obama has a Midwest accent.

2. Taking into account the ongoing globalization and Americanization, do you think American English could be considered to be the standard version of the English language? Surely if the majority of English learners learnt to speak with an American accent, they’d be understood anywhere in the world!

Without trying to sound arrogant, I think American English is the de facto Standard English at this point. Not because it’s better, but it simply has a wider reach due to Hollywood and the American music industry. Therefore, it’s probably the most recognizable and easy to understand for the majority of native and non-native English speakers.

3. How easy or difficult is it to learn American pronunciation? Personally I find it difficult to speak freely with a different accent than my own. What is the key to be able to switch over to American or start speaking with an American accent for a foreigner?

The key to improving pronunciation is listening and repeating over and over. Little by little, you’ll build muscle memory of the particular sounds, stress, intonation and irregularities of the American accent. Therefore, it’s probably more useful to think about it as a process and not something you can switch on.

4. What are the basics of mastering American English accent and pronunciation? Are there any basic sounds, mouth, lip and tongue placements or any other technical tricks that ensure student’s success as an American English speaker?

Many of the technical “tricks” are used to improve the production of vowel and consonant sounds. For example, many people struggle with the American ‘r’ sound. The “trick” here is to round your lips and push them forward (as if you were going to blow a kiss). Most students tend to spread the lips and pull them back.

5. What nationality students you deal most with? Are there any particular challenges they’re facing when mastering American slang and accent?

I’ve taught mostly Asian students, in particular Japanese. Without getting too technical, the Japanese language is often characterized as more monotone than English. Of course, the students carry over this “flat” accent into English. Also, English has more intricate tongue, teeth and lip movements than Japanese. Therefore, preforming sounds like “b”, “f”, “v” and “th” feel strange and are more difficult for them to execute.

In general, I’ll never demand perfection at the cost of a student’s confidence or loss of valuable time covering other necessary topics. In other words, if trying to master something begins to have a negative effect, it’s time to move on.

That being said, if we think about mastering pronunciation as a process rather than an event, learning becomes a lot less demanding. I don’t expect students to perform perfectly after an explanation and a few rounds of repetition.

For example, imagine you had never played basketball before. I take you to the park, demonstrate how to shoot, and then hand the ball over to you. It would be ridiculous for me to expect you to begin immediately scoring with ease.

7. Do you also help to improve your students’ English grammar in your private tutoring sessions or are they entirely devoted to improving their accent and learning slang expressions?

At this point, I’m only offering American pronunciation / accent training.

8. On what do you put more emphasis during your English language tutoring sessions – pronunciation or slang?

I don’t do any private tutoring specifically on American slang. Students can learn quite a bit of slang from my videos, tweets, Facebook updates and products. I welcome any questions they might have via social media or e-mail.

9. How important is it to know American slang expressions and phrases to a foreigner living in the country? And how prominent is slang in daily conversations at work, on the street and in college?

Honestly, it would be almost impossible to function smoothly at home, work, school, and just about anywhere else without some basic knowledge of slang and the American accent as well.

In fact, I’ve seen quite a few students shocked once they began living overseas. The textbook English they learned just wasn’t enough to function smoothly in America.

This is not just an American phenomenon. When I was living in New Zealand it took quite a while until I fully grasped the accent and local slang. Of course, it was a struggle!

10. If a foreign English speaker focuses on learning American English phrases, slang expressions and has a good foundation of basic grammar, is he or she going to become a fluent English speaker without advanced grammar studies? My belief is that with frequent spoken practice it’s absolutely possible; what’s your honest opinion on this?

Thanks Anthony for taking your time answering my questions!

I’m sure everyone who’s interested in learning to speak English like Americans will find your answers informative and helpful!

Also, I have a feeling that some of you may definitely want to check out Anthony’s website and see how he can improve your English pronunciation, am I not right?

Chat to you soon again,