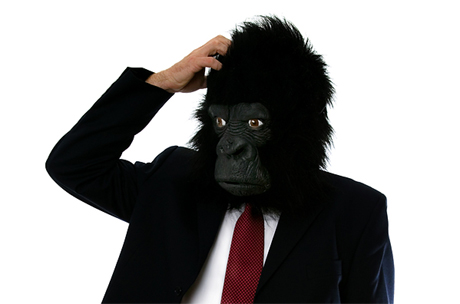 Your English isn’t the same at all times. It changes. At times you may notice you can speak very fluently, with ease. Yet sometimes you may start struggling with speaking in English with someone for no apparent reason!

You have to bear in mind that ups and downs are natural in any human related performance, and spoken English is no different. Unless, of course, you’re experiencing frequent occasions when your mind goes blank and you’re unable to speak in English at all – then we can start speaking about the typical English fluency issue which haunts so many foreign English speakers.

Anyway, fluctuating English fluency is normal, and there are many factors playing an important role in your English fluency – your stress levels at the time of speaking, your overall mental performance, familiarity with the topic you’re discussing and also frequency of your spoken English practice. The more often you speak English, the better you should be able to perform – it’s actually common sense, isn’t it?

Haven’t you noticed that it’s very easy to communicate in English with certain people while others make you nervous and your start mispronouncing even the simplest words? I bet you can remember situations when you’ve discussed quite complicated matters in English and it didn’t present any difficulties to you at all; yet on other occasions you’ve felt uncomfortable speaking about simple, everyday topics!

As I said – much of it depends on who you speak with, so let’s delve deeper into the issue so that I can finish off this article with a few pieces of useful advice on how to manage your English conversations regardless of who is your chat partner!

Whenever we speak in English with someone and indeed – in any other language – we adopt a certain stance, certain attitude depending on who we speak with. It may happen unbeknownst to you, yet if you just think about it it’s obvious that depending on what situation you’re in and what people you’re communicating with your attitude changes and so does your English fluency.

Try to remember one person that you’ve had an effortless chat in English with. There has to be one for sure, especially if you live in an English speaking country where there’s plenty of communication opportunities.

Is it one of your work colleagues? Is it someone at your local gym where you’re going for team workouts? Or is it your boss?

The truth is – any of those and hundreds of others have a potential of being the right person you can open up with when speaking in English and unleash your true potential as a foreign English speaker.

What’s surprising is that over the years I’ve realized that it’s not necessarily the person’s social status that determines if you can have a comfortable, fluent English chat with him or her. I’ve had terribly embarrassing encounters with other foreigners whose English is considerably worse than mine, and I’ve had very easy-going and fluent conversations with high level managers in companies I’ve worked in.

I’d rather say it’s all in your own head – it’s your PERCEPTION of others and your EXPECTATIONS that make you more nervous and stressed out when speaking with certain people; it’s not necessarily those people themselves ❗

I, for instance, have two immediate colleagues at work I have to communicate with on a daily basis. One of them is a fellow of my own age group and I’m very comfortable speaking with him. The other man is in his sixties and he speaks in a different manner. Well, I find it more difficult to communicate with him.

You see – in theory I should be capable of speaking with both of my colleagues the very same way. Why not, once my English is fluent and generally I don’t have any problems with speaking about any topic in English? In real life though, there’s a host of factors about my conversation partners that affect my ability to maintain clarity of my thoughts and speech.

If you’re speaking with someone with poor English, surprisingly enough you may find yourself struggling for words because you may want to put things very, very simply so that the other person understands you.

Also, if you’re addressing a person you want to impress, you may want to sound more fluent than you actually are. It’s one of the biggest pitfalls foreign English speakers fall for, and as a result you may sound much worse than you actually speak just because you don’t speak like yourself and then you start making all sorts of grammar and pronunciation mistakes.

Another scenario – the person keeps asking you to repeat what you’ve just said. It can literally destroy your confidence when speaking English because you make the wrong assumption there’s something wrong with the way you speak. Then you stress out by trying too hard to please the other person and you may start stuttering and forget English words and so on.

You may also find it difficult to speak with other English speakers if you notice anything negative in their attitude towards you. If you’ve being addressed in an arrogant manner and they look down on you – it may be just enough to make you feel that way. Next thing you know – you start struggling when asking or answering questions and your English confidence goes down the drain!

What are the conclusions?

First of all – if you KNOW that your spoken English is decent, you just have to accept that there are certain people who make you nervous and that it’s got nothing to do with your actual English skills.

Secondly – you have to realize that there are things you can change about the way you interact with others. IGNORANCE is what you need to learn, and I don’t mean it in a bad way. You simply need to ignore everything that’s not really relevant – others’ views and attitude first and foremost. I know it sounds easier than it actually is, but it’s not as hard as majority of us think, either. You can make a huge difference in your English confidence just by forcing yourself into not caring as much about what others think about you!

Thirdly – you have to become aware of the fact that others may not even notice how embarrassed you get on certain occasions and that you make small mistakes when speaking English. Remember that you’re seeing things from your own unique perspective. Did you get stuck for words for a short while when responding to the girl behind the counter in the grocery shop? But what if she was so preoccupied with her work-related issues that she didn’t even notice it? Always keep that in mind and it will help you alleviate much of that unnecessary stress that often accompanies embarrassing encounters!

Always Bear in Mind – It’s not Others Making You Angry – It’s Actually Yourself!

Yes, sometimes people will make assumptions about your English or about you as a person. So what? You can’t change it; the only thing you can change is your attitude! And there’s always a chance that it’s just you imagining it all in your head – so that’s why it’s twice as important to let it go if you feel unfairly treated.

Here’s what happened to me this morning when I went to my daughters’ school to have a chat with one of the teachers. The moment I met my daughters’ class teacher and started explaining the purpose of my visit, I started stuttering a bit. I knew it was going to happen because he’s one of those persons speaking with whom my English deteriorates slightly.

And what’s even more shocking – I can’t even put my finger on what’s about my daughters’ teacher that makes me nervous. He’s always very friendly, speaks very clearly and has no problems understanding me. Still when I spoke to him this morning I had to make certain effort to slow down because I kept stumbling upon words.

Anyway, it’s not my daughters’ class teacher’s attitude that made me feel bad. It’s the teacher I had to speak with to discuss the particular issue, so when I walked into his classroom and started speaking I was greeting with this cold look which had a cold shower effect on me. And when he responded to my inquiry I had a feeling that he thinks I’m an complete idiot and I don’t know what I’m talking about.

I ignored it. I just said what I had to say and received information I came for. The moment I walked out of the classroom I stopped caring about how I felt during the conversation.

Maybe the man was just in a bad mood and it had nothing to do with me. Maybe there was nothing wrong at all and his attitude was totally normal. After all – does everyone have to smile and be super-polite when speaking to me? The whole world doesn’t revolve around me!

Anyway, the truth is irrelevant. Whether you’re being treated badly indeed or you just think you are – don’t let it to get you down!

When the conversation has ended, just force yourself to clear your head of all bad emotions. Even if you made mistakes during the conversation, and you still feel embarrassed about it – tell yourself – “It was nothing, I just got stressed out a bit but it’s all over now. FORGET IT.”

So whatever it is in certain English speaking people that makes communication harder – their accent or your accent or pronunciation, speed at which their talk, their attitude or high expectations (which are often imaginary things only in your head) – you can always TRY to lessen your stress by telling yourself that THEY’RE NOT YOUR PROBLEMS.

It won’t always work, and you still may get embarrassed and underperform, but at least you’ll be able to accept such situations as commonplace.

Over time you’ll develop a permanent habit of taking things easier and even your worst English days will get easier and easier to manage.

Remember – most of the time it’s not those other people; it’s yourself who’s responsible for moments when you can’t speak properly with others ❗

Believe me – if I’m trying hard enough, I can have a wonderful chat with my co-worker I normally struggle to speak with. I just have to get rid of all rubbish in my mind about matching his way of speaking and sounding more native – and it truly is the key to regaining spoken English confidence on many similar occasions.