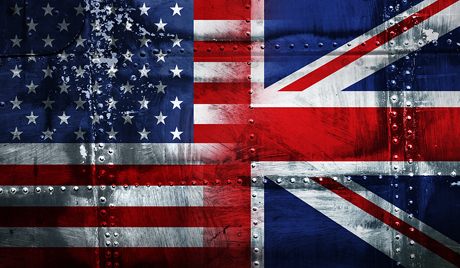 Wrong reason # 1: English grammar is so simple – there aren’t any noun genders , very little declination of nouns and conjugation of verbs, and you only have to add ‘s’ or ‘es’ at the end of a third person singular noun, that’s all there is to it! Everybody’s gotta love this language for its simplicity, isn’t that right?

Well… how about Chinese grammar? Technically it’s even simpler than that of English – Chinese words can have one grammatical form only and all I’d have to do is just stick them together!

If I’m so in love with the English language because of its simplicity, why didn’t I start learning Chinese instead? Could it be that the simple grammar isn’t actually one of the true reasons I love the language?…

Wrong reason # 2: English is the modern lingua franca – it’s the official language in 54 countries and in organizations such as United Nations, NATO, European Union and it’s the international language of such global industries as aviation, science, entertainment and many more. In other words – I’d be fool not to love the English language because I might just consider it to be the universal language of our planet.

Hold on, hold on… Maybe I’m a little bit off on this subject?

While English is indeed the most widely spoken language on our planet, it’s actually only the third biggest language spoken by native speakers – after Chinese and Spanish.

There are large areas on our planet where knowing other languages such as Spanish, Arabic or Russian would help me get much further than English. Why don’t I love Spanish, for instance, which is spoken all over Latin America? By the way, some US states consist of 25% or more of Spanish speaking population, so why would I not change English for Spanish?…

Wrong reason #3: English has one of the largest vocabularies with more than a million words and counting. Historically it’s been influenced by many other languages – Latin, French, Germanic, Greek and others – which makes it so versatile that it enables to express myself easily and adds real depth to my thoughts when I express myself in English.

If I come to think of it, I use a minuscule portion of the million words in my daily conversations, and all that massive vocabulary doesn’t come into play at all!

Let’s look at my native language – Latvian – just for a comparison’s sake. I’m not really sure how many words there are in my language, but I’m pretty sure it’s safe to claim it’s nowhere near the million words in the English language!

Still, I can most definitely put my thoughts into the best fitting verbal concepts using my own native language.

If I was looking for sophistication, I shouldn’t be looking further than the language I’ve been speaking since I was a toddler…

Wrong reason #101: Speaking fluent English is so cool and I feel so good about myself because no-one can look down on me for not being able to speak English! I love the language because it’s enabled me to find my unique way in life and I can always boast with my English knowledge and stand out from the crowd!

It’s rather hard to really stand out from the crowd by being a fluent English speaker, isn’t it? If it’s the “cool factor” I’m after, why not learn another, less common language? Let’s say, if I spoke Turkish or Arabic, I could derive so much satisfaction from being the only speaker of that language among my friends and work colleagues? I could always use it as an ice breaker in conversations, for example, and I’d have no difficulties entertaining people at parties. I’d be saying things like – “Do you know how’s “I’m having a good time” in Arabic?…”

So once there are more exotic languages to learn if it’s the coolness that makes me love a language, why am I in love with English?

As you can see, I skipped the bulk of the 101 reasons why I love the English language in order to spare your time spent on reading this article, but I assure you – you haven’t missed much.

Every single one of those seemingly valid reasons was eventually refuted leaving me with a pressing question to answer – “Why Do I REALLY LOVE the English Language???”

1 True Reason Why I LOVE the English Language –
I ENJOY My Life Through It!

When you love someone, it’s not for their good traits of character or good looks, or achievements.

When you love someone, you just feel good when you’re with that person, and you can enjoy yourself with him or her, isn’t that right? You can’t put your feelings into facts and numbers, and it’s the same with a language.

I don’t love English because of the number of words in its vocabulary, or lack of grammar inflection.

I don’t love it just because it’s an official language of a host of countries – to this day I’ve never been to another English speaking country except Ireland and actually why would it matter to me where it’s spoken if I don’t get to travel the world and interact with mass audiences anyway?

And I don’t love it because of its perceived grammatical simplicity either – no language is actually too hard to learn once you start using in as means of communication.

I go to work and speak English all day long with my work colleagues and customers.

I drive home from work and listen to the daily current affairs analysis in English.

I go to movies, watch TV, browse the Internet, enjoy my hobbies, read English fiction and also run this website using the English language, and I love it because it’s part of my life, simple as that!

You see, I think it’s our human nature to be emotionally attached to something that’s part of our identity and our daily lives. Our friends, our family, and our way of life – most of us love it all. Our language is no different, for that matter, and I can easily imagine that if I lived in a different country and spoke a different language, I’d come to love it as well.

Well, I have to admit that there’s something more to my affection for English that just practical necessity, but one thing is for sure – it’s got nothing to do with its technical aspects.

It’s rather the opportunities that moving to an English speaking country has opened up for me. It’s the sense of achievement that comes along with an ever improving fluency of the language. Most importantly – it’s the enjoyment of myself that speaking English has availed me of that makes me love it!

Share your thoughts with me in your comments below!

P.S. Would you like to find out why I’mÂ highlightingÂ some of the text in red? Read this article and you’ll learn why it’s so important to learn idiomatic expressions and how it will help you to improve your spoken English!