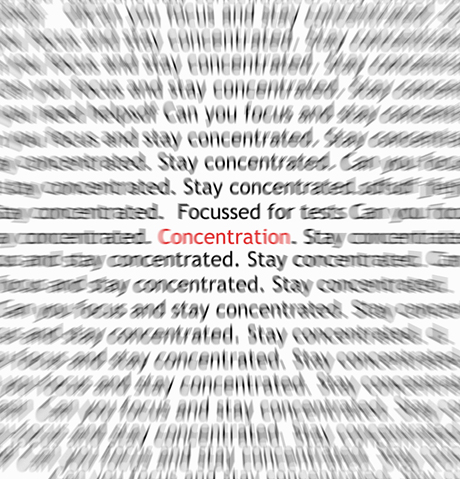 English collocations, phrasal verbs and sayings all fall under the broad category of these idiomatic expressions, and to put it simply – you can’t come up with these sort of sayings just by sticking the words together; you have to learn the EXACT phrase or word combination to be able to use it ❗

There are also typical full English idioms among them, but I have to admit I have some reservations towards learning certain idioms like “It’s raining cats and dogs” or “pot calling the kettle black.” They are typical English idioms that you’ll find on any decent English idiom list online, yet they’re rarely heard in real life, if at all.

My take on the whole English idiom thing (like it’s on spoken English in general) is the following – you don’t need to hammer loads of English idioms in your brain that you’re not going to use. You’d much better off using your potential as a foreign English speaker by learning idiomatic expressions because there’s a much bigger chance you’re going to use them in real life!

How about the following ones: “for the argument’s sake”, “to jump to a conclusion”, “fit for the purpose”?

These are typical idiomatic expressions that have some characteristics of full idioms, but at the same time it would be possible to derive their meaning from the words alone.

Also, they don’t even need to be long phrases to fall under the category of idiomatic expressions. “On target”, “straight away”, “I’m all ears”, “big time” and similar short expressions are the ones that can make a difference between you being perceived a so-so English speaker or quite an advanced one! Not that you should care what others think of you, but still it’s nice to be capable of communicating with native English speakers like an equal, isn’t it? 😉

So to help you with learning these idiomatic expressions, I’ve been highlighting them in my blog posts in red color so that you can immediately see which bits are useful to memorize!

Just to remind you – idioms are sayings and phrases you can’t take literally, for instance “a piece of cake” means something is very easy to do but it’s got nothing to do with pastry. You can’t infer the meaning of this idiom from the words alone ❗

Idiomatic expressions, for the most part, would reveal their true meaning even to those who hear them for the first time, yet you as a foreign English speaker wouldn’t be able to construct them on your own anyway.

Let’s take the expression “for the most part”. You could quite easily guess its meaning even if you hadn’t heard it before, yet could you come up with an identical phrase on your won? Of course not, simply because natural English language doesn’t always comply with rules that are set in stone. You can’t translate directly across languages, and every language has its own unique means of expressions.

Sometimes foreign English speakers might even think there’s something wrong with grammar in the idiomatic expressions. If I was asked to create a sentence conveying the same message, most likely I’d come up with something like “for the biggest part”, or “at the biggest part”.

How could I ever think of pairing up the words “most” and “part” if it doesn’t make grammatical sense to me? Yet for one reason or another it’s how native English speakers speak and I strongly believe you’re much better off just repeating it without questioning WHY they say it. Leave it to academics!

But now let’s go back to where I started – explaining why I favor idiomatic expressions over typical idioms.

The reason behind it is – you’ll use the former ones an awful lot more than the latter ones. Spoken English is full of things people would describe as “I don’t know why but they just say it this way in English”! Sometimes I’d refer to it as having the gut feeling for spoken English which means you just have to “feel” what the right thing to say is. This feeling can be acquired by plenty of exposure to the English language and engaging in as many English conversations as you can, so that eventually you’ll mimic native English speakers.

Don’t get me wrong though, I’m not saying you don’t need to know any proper English idioms! If you ask your friend about his plans for the evening and he tells you “we’ll play it by ear”, it’s obvious that you need to know the meaning of this idiom to understand what your friend meant ❗

There are plenty of full English idioms that you’ll pick up naturally just like idiomatic expressions and they’ll come in handy to make your spoken English natural and fluent. The point I was trying to make is that many of those idioms are outdated so you shouldn’t learn all idioms that come along. You have to be selective and learn the ones you hear on a daily basis around you!

Sometimes it’s pretty hard to say where an idiom becomes an idiomatic expression. For instance, a saying I hear quite often in Ireland is “to scare the living daylights out of me”, which means that something or something gave me a terrible fright. Is it an idiom? Probably yes, because it’s not clear as to what “living daylights” has got to do with being afraid.

On the other hand, is it possible to guess its meaning? Well, I’d say it is! So – it’s probably not a full idiom whose meaning can’t be inferred by taking the words literally; it’s probably more like an idiomatic expression because the word “to scare” gives away its meaning!

Anyway, I don’t want to spend more of your time trying to figure out whether this or that particular saying is an idiom, or idiomatic expression or whatever, it wouldn’t serve any purpose in your quest to becoming a fluent English speaker.

All you need to know is that there’s loads of English sayings and small talk phrases that are typical for the English language only and that you need to know a good few of them to make your conversational English sound natural and also so that you can fully understand what other English speakers are communicating with you! 🙂

P.S. Are you ready to get on the fast track to spoken English fluency? Check out my English Harmony System HERE – it’s stuffed full with English idioms and idiomatic expressions!