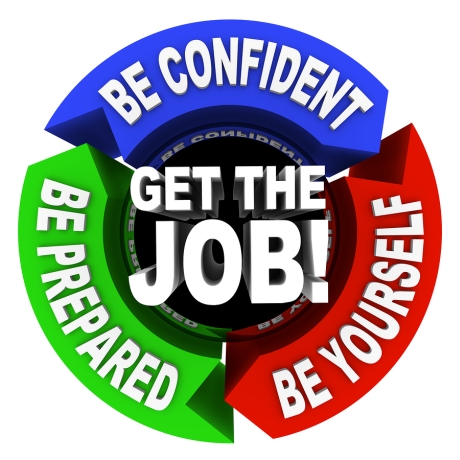 On certain occasions when you think native English speakers will spot every single one of your mistakes, it’s not really the case for the simple reason that people don’t always pay the utmost amount of attention to what you’re saying.

Yes, you may be having a conversation with a native English speaker so you think they’re listening to every single word you’re saying while in reality they may be dwelling upon their own problems and they’re not 100% focused on what you’re saying.

If that’s the case, there’s simply no reason for you to be too worked up about your mistakes and other English speech imperfections and you may as well just allow yourself to experiment and improvise during a live speech because there’s nothing really at stake.

When you have a very important conversation with a native English speaker, on the other hand, there’s also no point in trying to outperform yourself and sound a whole lot more fluent than you are.

Yes, there are certain techniques and methods you can employ in order to sound better during a very stressful conversation such as:

The point I’ll be making during this article, however, is the following:

Deep down inside human beings are still operating by the same basic principles cavemen lived by.

Fear or the unknown, taking advantage of the other person’s weaknesses and respect for strength is still pretty much alive in the modern society no matter what you may think about it!

Let’s take the first one – FEAR OF THE UNKNOWN.

This factor governs a lot of native English speakers when they encounter a non-native speaker, so during a job interview it’s the first obstacle you’re up against. You’re probably under much bigger scrutiny than your native English speaking rivals because of your foreign accent, your cultural background and your appearance, and it all stems from the fear of unknown your interviewer is experiencing at a subconscious level.

Now, if you’re working against it by trying to mask your foreign accent and forcing yourself to behave in a way that doesn’t come naturally to you, it will be immediately spotted by the native English speaker as a WEAKNESS to be preyed upon.

They’ll judge you even more because of your frantic attempts to please the other person by all means possible, and your chances of landing your dream job are going to be slim indeed.

If you display your STRENGTH of character by being super-confident however, you’re almost guaranteed to earn the RESPECT of your native English speaking interviewer – and it’s all because deep down inside human beings evaluate strangers (and not only!) as potential opponents.

Confidence is The Most Effective Weapon in Your Arsenal!

Nothing can stand in the way of a confident person.

You may possess a hard foreign accent.

Your English grammar mightn’t be up to standards.

You may make small mistakes here and there while speaking.

If you RADIATE CONFIDENCE and you’re 100% focused on the subject at hand, however, all those imperfections won’t play such a big role in the recruitment process!

Sure enough, if your job specifics require the ideal candidate to speak impeccable English – such as call center jobs or customer support positions – your chances of getting hired are getting smaller with every stupid grammar mistake you make during the job interview.

If you have to compare the following two scenarios, however, I think it’s a no-brainer that your position is stronger if you follow the second one:

The bottom line is the following:

if your future employer has to choose between two foreign English speakers with identical English skills, their most likely choice is the one whose behavior is more confident!

The heck – you may be even chosen over some native English speaker if they’ve been very nervous during the interview and you’ve blown the interviewer away with your expertise and confident behavior!

At the End of the Day – You Can’t Please Everyone

You’ve done your research into the company and the position you’re going for, you’ve prepared your CV and you’ve been doing a lot of spoken English practice during days coming up to the job interview.

Now that you’re sitting in front of your interviewer, there’s only so much you can do to influence their opinion apart from giving it your best shot and being yourself.

The harder you try to prove how great of an English speaker you are, the more it will probably work against you, and after all – there’s not much you can do if your future employer has already formed a bad opinion of you as the potential candidate for the position.

Your English may be perfect, and you may have an extensive job experience in the field, but your job interviewer may not like your haircut, for example. Or your suit or dress…

Well, if you’re a fully qualified professional and the company desperately needs a person like you, you may even land the job with greasy hair and crumpled pair of pants, but I hope you got the main idea of this article, my friend foreign English speaker:

There’s no point in trying to pretend to be much better than you are in terms of spoken English during a job interview because your language imperfections and weaknesses will be most likely spotted anyway! 😉