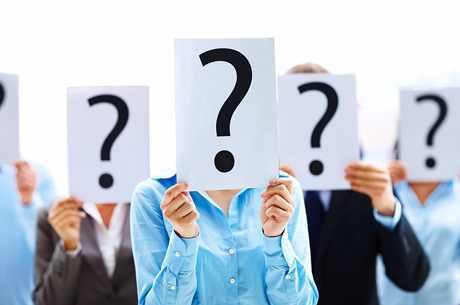 I’ve discussed usage of the Present Continuous Tense in a number of grammar video lessons and the conclusion so far is that this English Grammar Tense is very, very widely used.

It appears that it can also replace Present Simple on certain occasions, were you aware of that? Well, it might come as a surprise, but nonetheless it’s true and if you hear someone say “She’s always doing three things at once” or “I’m constantly arguing with her, I just can’t stand her!” it doesn’t mean it’s bad English grammar.

You see, following the formal English Grammar rules, you’d use Present Simple with reoccurring activities, because that’s what it says when you open any English Grammar book.

Present Simple Tense is to be used with known facts, routines, habits and permanent things. Personally I have a good visual memory (although sometimes it can be a bad thing) and I still remember a sample sentence in one of my first English Grammar books explaining Present Simple – “Sun rises in the east”. It’s a known truth, a permanent, regular activity, so we use Present Simple and the same goes with other things that are of a permanent nature.

Where we live, what we usually do, our daily routines – it’s all the Present Simple Tense. “I live in a three bedroom house. On most days I get up at 6:00 AM and have oat porridge for breakfast. I drive to work because it’s not accessible by public transport.”

The Present Continuous Tense, however, describes actions that are happening right now, not general things. So for example, “I drive to work every day” is a general statement about something I do on a regular basis, whereas “I’m driving to work” would imply that I’m sitting in the car right at this very moment and driving to work. Normally I would also add “at the moment” or a similar time indicator if I’m on phone, for instance. I would say “I can’t really talk now; I’m driving to work at the moment”.

This is the way English Grammar books explain differences between the two tenses, and by and large it’s correct.

In real life spoken English, however, things can’t be always strictly separated. I know that’s what English students want – to get rid of any ambiguity so that it would be easier to pass English tests. Every English Grammar Tense should serve only its own purpose and by learning the respective rules of usage we can construct nice and correct English sentences. Sounds like every English student’s dream, doesn’t it?

Well, after you’ve spent some time with native English speakers in natural English speaking environment, you’ll realize that English tenses are sometimes used in a way you don’t expect! 😉

“I’m always driving to work along the highway, but occasionally I take back roads for a change.”

Please note that I used Present Continuous where Present Simple would be normally used, and if we stick to formal English Grammar rules to the letter, you may want to re-write the above sentence and make it into “I always drive to work along the highway.”

It’s a typical routine activity; it’s something that I always do – as indicated by the very word “always” – so it requires Present Simple, right?

Well, of course I could use Present Simple, and it wouldn’t sound wrong at all! I’m not trying to re-write English Grammar rules here and I don’t suggest you start using Present Continuous on all occasions when the Present Simple Tense would normally be used.

Present Simple for routine, temporary things, Present Continuous for ongoing actions – that’s the rule of thumb and you’ll be just fine by sticking to it.

However, this rule alone doesn’t explain why we can actually hear Present Continuous Tense used in sentences like:

“My girlfriend’s always fighting with me, I’m sick of it!”

“He’s being grumpy all the time; I’ve never seen him smile!”

“I’m eating too much junk food; I’d better start cooking at home instead.”

Just look at those examples above and think about this – aren’t all those actions involved happening regularly? Always fighting, being grumpy all the time, eating too much junk food – aren’t all those ROUTINE ACTIVITIES as opposed to ONGOING actions that require Present Continuous Tense to be used?

Well… They are, aren’t they?

Then why didn’t I use Present Simple instead? –

“My girlfriend always fights with me, I’m sick of it!”

“He’s grumpy all the time; I’ve never seen him smile!”

“I eat too much junk food; I’d better start cooking at home instead.”

And why can you hear such and similar sentences all the time in a natural English speaking environment? Is formal English Grammar really limited to classrooms and highly formal language only?

Until recently I didn’t have an answer to this. I thought that it’s just another distinction between conversational and formal English. And every time I would speak overusing Present Continuous I would just follow my “gut feeling”, I would just feel that it sounds right and wouldn’t question it.

Well, I’m not saying you should start questioning every bit of English you speak – overanalyzing can lead to serious English fluency issues.

All I’m saying is that until recently it wasn’t really clear to me why Present Continuous is used in conversational English so extensively as to even substitute Present Simple on some occasions.

Well, it’s clear to me now thanks to this website and now I can also give you an exact explanation as to why the Present Continuous Tense is used in sentences like “I’m constantly worrying too much about my work, I shouldn’t mix my family life with my professional life.”

As it’s explained on Really-Learn-English.com, we can use Present Continuous when we talk about reoccurring actions that take place within a longer period of time, not necessarily right at this moment, and the keywords that indicate such actions are ALWAYS and CONSTANTLY. I would like to add a few more – ALL THE TIME, EVERYDAY, EVERY TIME I SEE YOU/HER/HIM, and similar time indicating expressions which describe the particular action’s continuity in a longer period of time.

I know it may sound quite confusing if you’re reading this for the first time, so here’s a full and thorough description of the concept of using Present Continuous in spoken English when describing repeating actions – something that Present Simple is supposed to do.

OK, so here’s the example.

Imagine that one morning you arrive at work wearing glasses and you’ve never worn ones before. Quite naturally it’s a surprise for your co-workers so you hear some of them exclaim: “Look, he’s wearing glasses!” Of course, it’s quite understandable that the Present Continuous Tense is used because your co-worker is stating an ongoing activity; something that he sees happen right now at this moment.

If, on the other hand, a general fact is stated that has no specific place on the timeline, Present Simple is used, which of course, is also common sense – “I wear glasses because my eyesight has started to deteriorate.” In this case you don’t refer to a particular moment of wearing the glasses, you’re referring to a general fact of wearing glasses and it can also be described as a routine action that you do on a regular basis.

So far so good, right?

But now comes the tricky part! Please read the following sentence – “Why are you always wearing sunglasses?” Imagine that you talk to someone who wears sunglasses all year round and you want to ask that person why he or she does it. If you followed the formal English Grammar rules, you’d use Present Simple and the question would sound “Why do you always wear sunglasses?” And please bear in mind – this question is totally correct and I’m not saying you should purposefully change the way you speak!

The purpose of this article is to show you that on occasions when you talk about routine activities EMPHASIZING the ongoing action – you can use Present Continuous instead of Present Simple. When you’re looking at the person in question and you see for the hundredth time that he/she has the shades on, you’re question is actually formed from two parts.

The first part originates from this moment, from the ongoing action. You see your co-worker, you see the shades, and it’s something that is going on RIGHT NOW – hence the Continuous Tense.

At the same time you’re embedding the repetitious nature of the action into the question (by saying the word ALWAYS) because you know that the person wears the sunglasses all the time. It kind of demands the Present Simple Tense because it’s a known fact, it’s a repeat action.

But even though it’s the fact of regularly worn sunglasses that you’re actually referring to in the question (He wears sunglasses) – as implied by the word ALWAYS – you can still refer to the ONGOING nature of the action (He’s wearing sunglasses) in the question – it’s like as if you’re looking at the person RIGHT NOW and making the comment in Present Continuous but actually meaning ALWAYS.

I’m not saying you definitely HAVE to speak that way.

This just goes to show how widely used the English Present Continuous Tense is, don’t you agree? Past, Future and Present – it’s got so many uses that I’m truly fascinated by it and I’d like you to share some of that excitement with me!

You’re welcome to post comments below and I’ll be happy answering any question related to this blog post’s topic!