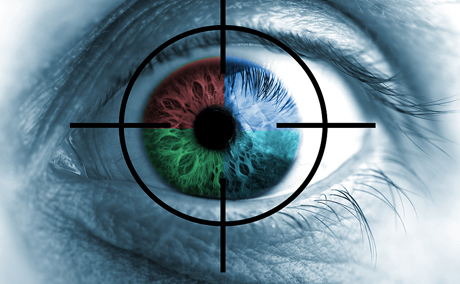 Recently I watched a TV program about blind people recovering eyesight. What struck me most in the program was the fact that even if you restore a damaged optic nerve to its full capacity, the blind person isn’t necessarily going to function properly in terms of seeing the world around.

IMPORTANT! -> Why I’m highlighting parts of text in RED?

It appears that in order to see not only we need our eyes; our brain plays a crucial role in the process, too. And what was most shocking – if a person has been blind since birth or very early childhood, he or she may never learn how to “see” the word properly even if technically it would be possible.

The man from the TV program had undergone surgery to recover eyesight, but getting around the town was still a tricky task. He learnt to recognize certain shapes and forms, but can you imagine what it feels like when you look down at a shadow on the sidewalk but you haven’t got a clue whether it’s a shadow cast by some object or a foot deep drop where the sidewalk ends?

Your brain has been trained to recognize things from an early age and has seen millions of different shades throughout your lifetime. The man with recovered eyesight has to learn everything from scratch which makes it very, very difficult.

What’s it got to do with spoken English, you’ll ask?

Simple enough – if you’ve spent the biggest part of your live studying English the traditional way and then you move to an English speaking country, you’re in pretty much the same position as the man with the recovered eyesight walking around his residential estate.

You’ve been trained very well during your English studies to compose sentences based on vocabulary you’ve acquired over the years, and in the process of constructing the sentences you apply grammar rules that you’ve learnt.

You’re very good at filling in gaps in English grammar tests and choosing the right words – the ones whose conjugation corresponds to the context.

You might have also got used to using the English language in role plays with your classmates so you feel quite confident that when you’re faced with speaking English in real life situations, you’ll perform quite well. And you indeed might have encountered quite a few English speakers over the years when traveling around, for example.

I, for instance, used to have lengthy conversations with English speaking people back in the days and it made me believe that my English knowledge was superior to that of my peers.

When you’re meeting up other English speakers, be it foreign or native, while traveling or as tourists in your country, you still don’t get to experience what it means to live in an English speaking environment 24/7/365. It’s comparatively easy to use the English language and then withdraw to your comfort zone because your day-to-day world still rotates around your language axis.

Also, other English speakers may go easy on you if they feel that you lack some knowledge in a particular area, and it may happen totally unbeknownst to you. They will also most likely speak slower and try to pronounce words more clearly when speaking with a foreigner, so you may get a feeling that communicating with native English speakers isn’t such a big deal after all!

I was under the same impression when sitting on a plane bound for Dublin back in 2002. I was young and full of expectations and the words of the agency representative back in Riga still echoed in my ears – “Your English is very good Robby, you’ll have no problems with living and working in Ireland!” So I wasn’t expecting any real issues as far as the English language is concerned, but how wrong was I to think so!

Right after I arrived in Dublin Airport, I was met by the agency rep and that’s when I realized with shock that I had serious issues with speaking in English with a native English speaker in a natural environment.

Later on, speaking to the agency boss in their office it struck me with a renewed force that listening to and understanding native English speakers is a whole new ball game.

They didn’t slow down the speech to accommodate to my listening and understanding ability. And why would they if they were speaking in their natural environment to someone whose English skills had been supposedly proven?

Sure, I DO think that native English speakers have to realize that if a foreigner they’re speaking to doesn’t have great English understanding skills, they should make their speech simple and easy-to-understand to facilitate communication, no doubt about that ❗

In my case, though, they thought they were facing a fluent English speaker (and I believed myself to be one!) when in reality I was indeed feeling like the man having regained his eyesight and walking around his estate…

I was carefully feeling my way around. I was hearing all sorts of different expressions and phrases I had never heard before and it added to my confusion.

I was responding as best as I could but still I was making an awful lot of mistakes – due to my stress and embarrassment for the most part – but most importantly, on many occasions I was getting stuck and just couldn’t say a word.

It was like I had reached the edge of the sidewalk but I didn’t know if I had to put my foot down, or keep walking along the same surface. I started constantly doubting myself, and questioning myself before I opened my mouth. As a result, my speech was getting so interrupted, hesitant and chaotic that I was feeling indeed that since I had come to the English speaking Ireland, I’d got transported to another dimension with many new layers of English language added on.

It took me many years to learn how to navigate in the new English speaking environment. I learnt to fully recognize my surroundings and find my way around, but most importantly – I learnt how to interact with other English speakers at a level very close to their own, and now I like to believe I’ve permanently recovered my English language eyesight.

P.S. Are you finding yourself in the same position as I did many years ago? Check out my English Harmony System HERE!