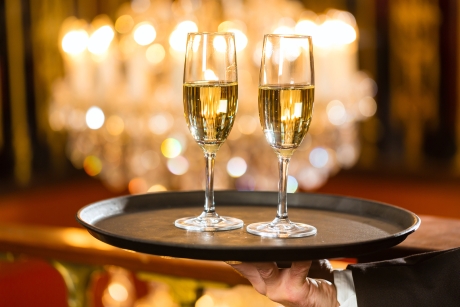 When I arrived in Ireland 15 years ago, I went onto a mission of learning English vocabulary because I thought it was going to help me overcome my fluency issues.

As a result, I acquired hundreds upon hundreds long English vocabulary lists also containing plenty of words that even native English speakers don’t use and they simply didn’t have a clue what they meant when I tried using them in real life!

I like to call such English vocabulary “sophisticated”, and I’ve also written extensively on this topic on my blog, here’s a couple of articles:

Now I know better than to learn English words that nobody uses in day-to-day communication; I’d rather use to learn the vocabulary I already know in DIFFERENT WAYS thus enabling me to speak about virtually any topic.

Sometimes, however, knowing how to use certain sophisticated English words comes in handy and as it was pointed out by one of my YouTube commentators, some English tests and exams may include such vocabulary.

So, without further ado, let’s learn some useful English expressions containing words that you may not have heard before – or maybe you’ve heard them a few times and wondered what they actually mean.

Needless to say, it’s strongly advised you acquire this sophisticated vocabulary by learning the entire word combination thus ensuring you’ll be able to USE the word in question! (Read this article to understand what exactly I’m talking about here)

NEW! Serendipity – personally I love this word – and you’d use it to describe an event which is a result of a very, very big, almost impossible coincidence that has a very happy ending. A typical example would be two people meeting each other against all odds and finding out that they were almost destined to meet.

NEW! Seismic shift – this English collocation will come in really handy when describing a massive, fundamental change: “There’s been a seismic shift in the government’s stance in relation to the water charges – believe it or not, but they’ve been abolished which nobody could see coming!”

NEW! Pivotal role – when you want to describe something or someone playing a central role in the process, this is exactly the kind of expression to use: “My master’s degree in IT played a pivotal role in the recruitment process – without it I wouldn’t have been hired.”

NEW! Obnoxious behavior – this word is used to described something extremely unpleasant – typically other people’s behavior or their qualities. Here’s a good example: “I’m sorry, but I just can’t stand Allison’s obnoxious behavior so I end up avoiding her company altogether.”

NEW! Ludicrous – have you ever experienced a situation that is absurd to the point of being funny? Imagine, for instance, being pulled over by the cops, getting checked for alcohol in your breath and actually being tested positive despite the fact you hadn’t been drinking before… It would be ludicrous simply because it would be very last thing you’d ever expect and if you’re a person endowed with a sense of humor you’d be able to laugh about it and demand a second opinion on the basis of the breathalyzer being wrong!

Ad nauseam – when some activity is repeated all over and over again till you’re sick of it, you can use this phrase to describe how you feel about it. For example – “I’ve tried to explain it to him ad nauseam but he just doesn’t understand what I’m talking about…”

Atrocious crime – especially vicious and cruel crime resulting in a number of victims.

Eliminate from the equation – exclude something from a number of factors to be considered in relation to the main issue. Example: “When talking about day-to-day stress management, it’s important to eliminate unnecessary distractions from the equation so that you can be more focused on your tasks at hand.”

Evoke emotions – when something makes us feel a certain way. For example – “Hard rock evokes depressive emotions whereas upbeat, cheerful music lifts up our mood.”

Gain momentum – normally used in business English to describe economical processes that require some time to reach their full potential. A good example would be a start-up business that demands a lot of investment and effort to establish, but when it’s gained momentum, it practically starts to run itself.

Unilateral decision – decision made by only one person or group of people without taking others’ opinion into consideration. This phrase was used a lot during the financial crisis a few years ago in Ireland (it’s where I live so that’s why I’m using the example of Ireland!) when the government decided to guarantee bank losses without taking into account the opinion of other political parties.

Hinder communication – to prevent communication. The word “hinder” can be used pretty much as a substitute to the word “prevent” in any context!

Conditions that exacerbate… – this phrase is most commonly used in medical context when speaking about diseases that may get worse because of certain factors. Here’s a good example – “Are you aware that you work in conditions that may exacerbate your asthma? You should change your job immediately!”

Illicit affairs – “illicit” simply means “illegal” – so when you hear the word “illicit” used in combination with words such as “affairs”, it means that some criminal, unlawful activities are being discussed.

Oblivious to – totally unaware of something. When a person is going through a really intense emotional suffering, they may become oblivious to their surroundings and people around them at times. Also, when you’re simply deep in your thoughts, you may become temporarily oblivious to what’s going on around you.

Ambiguous situation – a situation that can be interpreted in two ways; it’s when there’s no clear-cut answer to a particular problem. In sports, for example, judges’ decisions are sometimes disputed but it’s all because the situation during a game is so ambiguous that it’s almost impossible to ascertain (find out) the truth. Also, when someone sends you an e-mail, for example, and you can interpret their instructions in many ways, you can say that the instructions are ambiguous and you can’t really take action in case you get it wrong.

Media-perpetuated – when certain subject is being constantly mentioned in media – Internet, newspapers, radio and TV – it’s said that it’s “media-perpetuated”. Let’s say, for example, the current obsession with dieting and slimming has led to an increasing number of eating disorders among teenagers, and it’s strongly believed it’s a direct result of the media-perpetuated images of skinny models and celebrities.

He’s adamant that… – he insists that… You can use this sophisticated English word when describing a 100% certainty of someone or yourself. “He’s adamant that the goods were sent out to the customer.”

Unsolicited advice – advice that hasn’t been asked for. If someone is telling you what to do without you having asked them for advice, you can say it’s unsolicited advice.

Amalgamate the data – you can use this expression when you’re putting some figures together. For example, when you’re doing a stock take of inventory and then all those figures have to be combined, you can say that you’re going to amalgamate the data so you won’t be able to attend to other work-related duties. Personally I love this English sophisticated word because it originates from the noun “amalgam” which means “an alloy of mercury with another metal” and I think it’s got a unique vibe to it!

Subliminal aversion to – subconscious (you’re not even aware of it) disgust towards something.

Perseverance is the key to success – “perseverance” describes the quality of someone who’s being very persistent and hard-working.

Paramount – very, very important, top-priority, of the utmost importance. “It’s paramount that you log out of the system first before shutting the PC down or else all the data will be lost!”

Don’t exert yourself too much – don’t put too much pressure on yourself, don’t work too hard. You can say this kind of thing to a friend of yours who’s just been sick and has just returned back to work, for example.

Reciprocal – something that goes both ways; mutual. If someone tells you “It was nice meeting you!”, you can say – “Reciprocal!” – which means the experience of you meeting them was also pleasant. Of course, it’s going to sound very smart, but it’s going to be correct nonetheless. Another use of this word – “reciprocal links” – it’s used among website owners and bloggers to describe links pointing to each other’s websites.

Fluctuations – this economy related English word describes a process that changes over time – especially price changes. Here’s an example: “Forex traders make money by trading on currency price fluctuations”. It can be also used in other contexts; I, for example, like to describe the changing English fluency (one day you can speak fluently, the next day it’s gone down followed by another day of good fluency) with this word – “English fluency fluctuations“.

Adjacent  street – if you describe a street using the word “adjacent”, it simply means that the street in question meets another street you were talking about previously; basically when two streets meet at an angle, they’re called “adjacent streets”. A simpler way to explain the same thing would be by saying that the two streets meet – but you can use this fancy word just as well.

Common denominator – strictly speaking, this is a maths term and it’s used when operating with fractions. In everyday English speech though, this fancy expression containing the word “denominator” can be used when referring to common traits in people and common characteristics in pretty much anything. Here’s an example: “All rich and powerful people share the same common denominator – they know exactly what they want in life and they aren’t afraid of taking risks.”

Dispel a stereotype – sounds really smart, doesn’t it? Here’s how the same expression would sound using simpler English words – “bust a myth”. Now you start getting the idea, don’t you? Basically dispelling a stereotype means to prove that a certain belief is wrong, for example – the typical stereotype of blonde women being stupid, or foreign English speakers being bad at understanding English just because their speech isn’t fluent.

Elaborate on something – this sophisticated English word can be used to describe the process of providing more details on something. Let’s say, for argument’s sake, you’re sitting in a class and your teacher wants you to explain a particular concept. Here’s what he’d say: “Alright, but now could you elaborate on it, please?” Just please bear in mind that the word “elaborate” can be pronounced in two different ways – depending on whether it’s an adjective or a verb. In this case it’s a verb, so its pronunciation is as follows: [ɪˈlæbərəit] – pay a particular attention to the last syllable which is pronounced as in the word “ATE”.

Gravitate towards – does this word have anything to do with Earth’s gravitation? Well, yes and no! No, because it’s not about physics, and yes, because it does in fact entail a movement in a certain direction due to a certain level of attraction by something. Basically you can use it when talking about your future plans and explaining what you are most likely to do – in other words, what attracts you, what you are gravitating towards. And here comes an example: “Well, even though I graduated as an engineer, I’m gravitating towards more academic approach – something like a university lecturer.”

Now, this list is by no means an exhaustive list of all sophisticated English vocabulary that you may ever need.

So basically this list has been created based upon my own years’ long experience communicating with English speaking people at work and various institutions as well as consuming plenty of written English material.