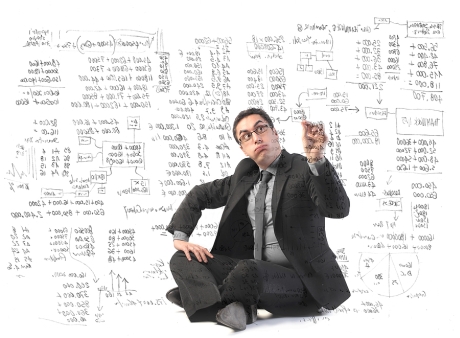 Have you ever caught yourself thinking that your English vocabulary needs to be spruced up because it’s too simplistic?

Have you recently sat an English exam and you’re dreading a bad spoken test result because you feel you didn’t use enough of fancy vocabulary when answering questions?

Do you honestly believe people will judge your English speech based on your choice of words so you’re trying to go for less-known vocabulary when speaking in English with others?

Everything is a matter of perspective, and while everyone would agree that, for example, a word ‘doglike’ is a much simpler version of ‘canine’, there’s no real reason for that sentiment other than the fact that ‘canine’ isn’t used that often in everyday conversations.

So is that all there is to it?

Are English words ‘made-up’, ‘exciting’ and a sentence ‘It makes me feel so free’ ranking much lower on the alleged vocabulary importance scale than their counterparts ‘fictitious’, ‘exhilarating’ and ‘It’s a liberating experience’ just because you’d find them in the first year’s English textbook?

Or are there more dimensions to this whole simple vs sophisticated English vocabulary discussion?

Read the rest of this article to find it out, and also join the discussion in the comments below! 😉

Alternatively, you may want to check out this list of sophisticated practical English phrases you can use in your daily life!

For me, and I believe for most people simplicity means something that’s easy, isn’t that right?

You can do an easy multiplication such as five times nine in your head without using a calculator, so that’s simple – forty-five.

Multiplying twenty-five by twenty-five will not be that easy for the average person, so it’s a more complicated operation and therefore not simple.

By the same token, when you say a sentence “I’m having a problem” you use simple vocabulary and grammar because you can say it out loud without much effort; it’s easy. Yet to say “I just encountered a dilemma” might take a lot of effort for any foreign English speaker so that makes the respective vocabulary more sophisticated and more important.

As I said earlier on, it’s all a matter of perspective. Repeat the phrase “I just encountered a dilemma” a dozen times and it becomes second nature to you; it becomes effortless. So now that it’s become easy, does it render the respective English words simple instead of sophisticated?

I think you’ve started seeing where I’m coming from on this.

Simple vocabulary is WHAT YOU KNOW AND WHAT YOU CAN USE.

Sophisticated vocabulary is WHAT YOU DON’T KNOW YET or WORDS FROM YOUR PASSIVE VOCABULARY.

Why Simplicity is Often Scorned Upon

Simplicity is oftentimes equaled with something childish.

Traditionally, when the English language is taught as an academic subject, we start with learning basic vocabulary. By and large, it’s similar to how a child would learn their native language (except for the fact that naturally it’s acquired through SPEAKING ONLY – unlike school language studies…), so we develop this approach of equaling basic vocabulary with something that only children would use.

Surely, it doesn’t become an adult to speak like a child!

And now that you’re sitting this speaking exam, better show me that you’re a well-educated foreigner who’s capable of speaking better than a ten year old…

Don’t you realize that by forcing someone to use certain means of expression, you’re putting an enormous pressure onto that person? By trying to sound smart, quite the opposite effect may be achieved!

Just because someone chooses to use commonly used words and expressions, doesn’t make their speech less fluent.

It’s not an indication of an underachievement compared to someone who just spoke using super-sophisticated vocabulary.

And after all, who said speaking like a ten year old is EASY?

There are expressions and sentences comprised of basic vocabulary we don’t use in our daily conversations and we would find it HARD to come up with something that’s second nature for a ten year old native English speaking kid.

Often it’s All About Word Origins!

As you probably know, a lot of English words have been adopted from a number of languages – German, Latin, French, Greek and others.

And so it happens that vocabulary you’d learn as a beginner English student often derives from Anglo-Saxon languages whereas longer, ‘more sophisticated’ vocabulary mostly likely originates in Latin or French.

If you’re saying that it’s time for you to go to your sleeping room and I’m saying – “It’s time for me to go back to my dormitory” – it’s all a matter of using English words originating in two different language groups.

The word ‘sleeping’ has Germanic roots, while ‘dormitory’ is a direct adaptation of a Latin word ‘dormitorium’.

Sure, it sounds much fancier, and so do many words derived from Latin, French and Greek such as ‘amalgamate’, ‘subterranean’, or ‘commence’. But personally I don’t think that their counterparts ‘blend’ (Old Norse), ‘underground’ (‘ground’ – Old English) and ‘begin’ (Old English) would be less attractive.

Yes, for the most part those words are shorter and I can see why some would argue that it’s EASIER to remember shorter words which in turn makes them SIMPLER. My personal experience tells me, however, that once you learn a certain word regardless of the number of syllables in it and you KNOW HOW TO USE IT, all of a sudden it becomes easy! 😉

Also, don’t fall victim to the pitfall of learning fancy vocabulary just for the sake of it. Let new English word USEFULNESS be the decisive factor determining how you acquire new vocabulary!