I’m into running for nearly 3 years. Two, sometimes three times a week I’m doing a circuit of around 5 kilometers. And my loyal friend Roger – the mischievous beagle – is always doing the 5K with me. He’d do more; I’m sure, because when we run back home it’s me who’s out of breath – not him!

And the amazing thing about running that I wanted to share with you is exactly about what I just said – being out of breath!

You see, throughout all the years that I’ve been on the run, I was having issues. I was always having pain in my left side. You know, the kind of pain we’ve all had when having too much food and going for some exercise afterwards – be it swimming or running. But I was having the pain all the time – regardless the size of my last meal and how long ago I had it.

As a result, I was also having issues with stamina. Most of the times I could run quite fast and keep at my normal pace despite being in that constant, mild pain. However, on some occasions it would get so bad I could barely drag myself back home. A couple of times I nearly passed out – but I always put it down to a bad day or just said to myself – sure it’ll be OK next time!

Some might say – Robby, you should have gone to a doctor! Well, you see – it’s not that I would feel those symptoms when I was doing other kind of exercising. Lifting weights in the gym, swimming, punching bag – no problem! I wasn’t experiencing any pain in the side at all, so I assumed it’s something I just have to go through. I thought that as I become stronger and also my stamina increases, the issue will eventually disappear. However, it wasn’t the case.

I signed up for a 10K run and did it in 00:44:18 – which isn’t bad at all. However, in the final stages of the run I was fighting with myself just to keep going – let alone pushing a bit harder like others did. The pain was really bad and all I could do was jogging in a steady pace just to enter the finish line!

So something had to be wrong with the way I was running, right? Otherwise why would someone with years of experience in medium distance running have such issues with pain in the side?

The issue I’m talking about in this article isn’t about running and sports only. You can find similar examples with constant struggling in all people’s lives, in many aspects of their activities, hobbies and professional performance. For me it was driving and speaking English. For years I was dreading getting into a driver’s seat and going to the City because I just couldn’t grasp the concept of checking on other cars and driving mine at the same time. For years I was struggling with speaking English despite being very good at writing and reading – when it came to speaking I would hesitate, get stuck and on many occasions I just couldn’t say what I wanted to say at all!

And here I have to touch the breathing. Years ago I had heard this – when you’re running, it’s very important to breathe properly. Note this word – PROPERLY. Does it say how fast or how slow you have to breathe? Nope. Nonetheless, for some reason I had always assumed it means SLOWLY. I thought you have to breathe in a very controlled, steady manner inhaling deeply through the nose and exhaling through the mouth.

And here’s the trick – while the nose – in, mouth – out thing was right, it’s the breathing pace that let me down! I had NEVER thought of breathing faster – which is quite shocking, isn’t it? For years I was running and struggling with pain but never though of changing the breathing pace!

So one fine day I went for a run and … I wouldn’t tell you why, because I don’t know the answer myself, but I just started to breathe faster. The same deep breaths in through the nose and out through the mouth – only at a faster pace.

The result? Well – I felt like I was running for the first time in my life!

You’re probably thinking – but wasn’t it OBVIOUS to me?

Why wasn’t it obvious to Tim Ferris that by slightly adjusting the swimming technique you can swim long distances without getting exhausted?

Why wasn’t it obvious to me that I could drive confidently by just ignoring cars behind me and focusing only on those in front?

Why wasn’t it obvious to me that I could speak English fluently by learning most commonly used phrases and collocations instead of hammering thousands of English words into my brain?

Quite frankly – I don’t know.

I don’t know why all these things happen. I just DO know that little things can make a HUGE difference – be it running, swimming, speaking, eating, living and being confident and happy! 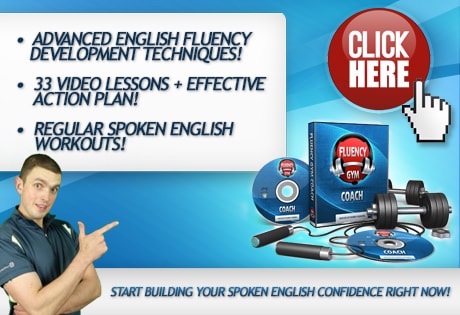