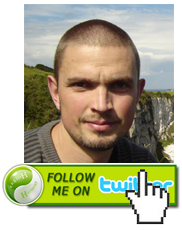 I’ve been blogging for what seems forever about the importance of learning English collocations.

I’ve been always saying that the basic components of English speech are word combinations and expressions rather than separate words.

And I’ve also been repeating myself ad nauseam that English fluency can be acquired much quicker if you mimic, repeat, memorize and use all those idiomatic expressions used by native English speakers in your own speech instead of sticking separate words together and applying grammar rules as you speak.

I’m even making effort to highlight idiomatic expressions in my blog posts in red so that you can clearly see which English word chunks are worth memorizing!

Today, I’m going to make it even easier for you.

Basically here’s what you have to do:

can’t be otherwise;
hinder your performance;
is it such a big deal;
put too much thought into;
such and similar;
worst of all.

The whole point of this exercise is to realize that you don’t need fancy English grammar to sound fluent.

You just need to practice regularly so that you learn how to produce automatic English speech and to make it happen your sentences don’t necessarily have to make an awful lot of sense all the time.

Is the task of putting all the above expressions in a few sentences too difficult? Not really!

Here’s what I can come up with (improvisation is the key!):

So, you’re afraid of public speaking? But is it such a big deal that such and similar problems hinder your performance? Worst of all, if you put too much thought into it, your problems may get even worse; it can’t be otherwise!

So, do you see what I meant? It’s possible to create quite meaningful and logical sentences using JUST the word combinations I’m posting on my Twitter account!

Of course, when you’re speaking with yourself and learning to use those expressions in a normal English speech, you’ll be adding on more content and that’s totally fine! After all, we both understand that you just can’t make a conversation that consists entirely of such ready-to-go word chunks because it’s always necessary to specify things, people involved in the events, action, time, place and many more details so that you can get the message across effectively.

The word chunks, or combinations, or idiomatic expressions – whichever description you prefer – are crucial, however, to form the blueprint for your conversation. They enable you to speak fluently and most importantly – whenever you get stuck and can’t think of the right word to say, you can use one of those short phrases that can be used on nearly any occasion – such as “at the end of the day”, “as a matter of fact” or similar.

So just follow my tweets because I’ll be posting these super-useful English words chunks regularly along with sample sentences so that you can clearly see what each individual expression means and in what context it can be used.

Any questions or suggestions – please post them in the comments section below!