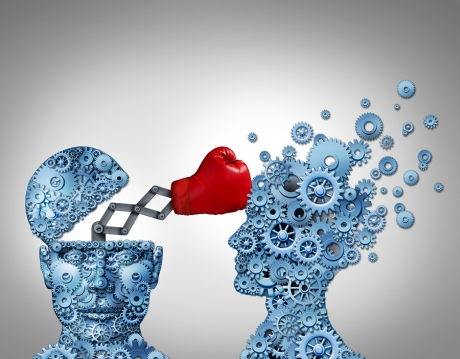 I’m pretty sure that you can remember having a conversation with another English speaker during which you felt quite insecure and didn’t quite know what to say when responding to the other person’s questions – or maybe the other person didn’t even ask you anything and did all the talking themselves!

Here’s what would typically happen during such conversations.

“Hello Sergio, how’s it going?” (this is the other person initiating the conversation)

“I’m all right, I’ve got the Monday blues all right, but what can you do when you have to bring another paycheck home at the end of the week, isn’t that right? Anyway, I went to see the football game on Saturday – the Falcons where taking on the Giants and you’d never guess who won the game! The Falcons had to beat the Giants to end their losing streak so they were giving it all they had, but then suddenly…” – and your conversation partner just goes on and on and on…

… and you’re just left wondering when YOU are going to get a chance to say something!

Personally I wouldn’t even call this type of one-way communication a conversation – it’s just one person’s MONOLOGUE and you’re a passive listener, nothing more.

I warmly suggest you take matters into your own hands and make the conversation sound something like this:

“Hi John, not too bad actually!”

“That’s good, yeah… Listen, I went to see this football game on Saturday…”

“Hey John, sorry, but I’m not really into football! Ice-hockey is what I prefer, and my team is having a really good run this season! The Rangers, on the other hand, are performing really badly unfortunately – my son roots for them and while I’m happy Boston Bruins are at the top of the league, I don’t like being too enthusiastic about it because it makes him unhappy!”

Now, did you see what happened here?

Obviously I’m not trying to say that you should interrupt everyone who starts telling you something, I hope you realize this was an exaggerated example to make you understand one thing:

If you only REACT during English conversations and allow other people to adopt the leading role, you’ll never get a chance to speak and develop your fluency!

Don’t be afraid to say what you want to say – even if the other person mightn’t be really interested in it!

If The Conversation is a FIGHT – Fight Back! 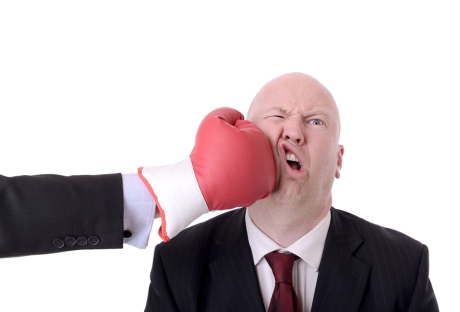 In the example conversation at the start of this article John was being quite ignorant towards you.

He was telling you a lot of things without giving you a chance to say something in return, and to me that sounds like a FIGHT.

He storms on like a fighter would during a boxing bout, and you’re left with two options:

In terms of English conversations it means you have to be a little bit rude and say something even if your conversation partner doesn’t really allow you to do it.

Just step in and say something.

Don’t worry too much about the other person thinking you’re ignoring them simply because they already feel the same way about you! IGNORANT.

This Strategy Can’t Be Always Implemented, Of Course! 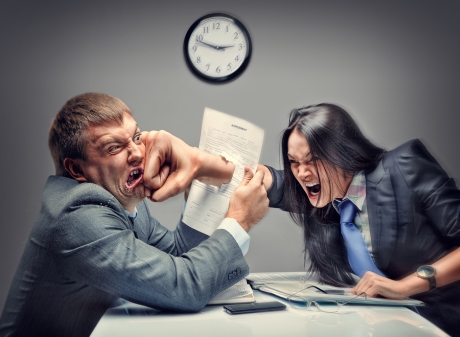 As I stated earlier in this blog post, I’m not advising you to be ignorant of other people and what they have to say.

If you were to do that, you’d be perceived as a total jerk and no-one would want to talk to you!

All I’m saying is that if YOU have to listen to someone who just talks on and on and on about what they’re interested in without any regard for your opinion, you shouldn’t take it on the chin but fight back instead.

There are situations when this kind of approach wouldn’t be the best plan of action, though.

You can’t take the initiative and force the other person into a passive listener’s position during:

I still clearly remember a job interview I had years ago during which I was overly enthusiastic and I was talking ALL THE TIME.

I understood the interviewer’s questions from half word and I didn’t even allow her to finish off her sentence before answering her question in a very in-depth way.

As you can imagine, I didn’t get the job for the simple reason that I made my interviewer feel a little bit inadequate, I guess. I mean – would you hire someone to work for you if that person makes you feel as if they’re the ones in charge? 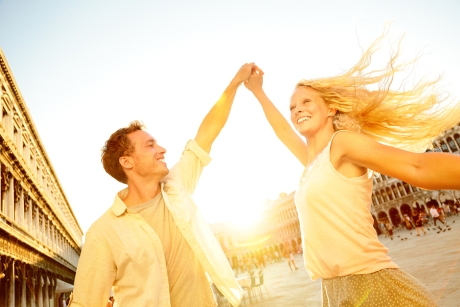 Imagine dancing with someone.

Both you and your dance partner are working TOGETHER to make the process happen.

There’s an equal amount of ACTION and REACTION in dancing, it’s quite a harmonious process.

Sure enough, there’s always someone who takes the lead, but then again – after a while the roles can be reversed and the other person shows a bit more initiative as well.

The best case scenario for English conversations, just like when dancing, is when both people swap roles of a speaker and a listener, and no-body is feeling ignored.

Those are the types of conversations close friends have, and if you have someone like that to talk to, you can consider yourself being quite lucky!

Someone who won’t judge you for your English skills.

Someone who’s truly interested in what you have to say and will show genuine interest in your life.

Someone with whom you can talk about ANYTHING thus improving your English to ever increasing standards!

Life is Not an Ideal Place and You’ve Got to FIGHT For Your Right to Speak! 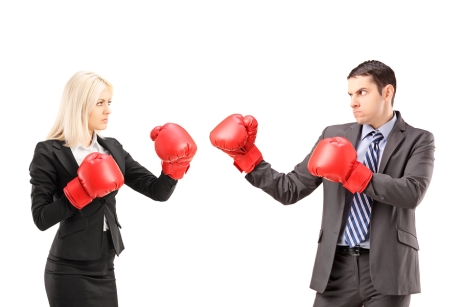 In an ideal world, everyone would treat others with the utmost respect and dignity.

Most English speakers you’ll come in contact with will not be so interested in eliciting the best worded responses from you and they won’t go the extra mile to ask you all sorts of questions in case you might have something to say.

More often than not, you’ll have to make the EFFORT to say something yourself, so there’s always a little bit of that FIGHT factor involved.

I mean – you just have to show the other person that you’re not just going to stand there and listen!

Show them you’ve got A LOT to say.

Show them you’re NOT AFRAID of speaking in English – even if you make a mistake or two.

Show them you’re an EQUAL conversation partner, and others will start treating you with the kind of respect you deserve, believe me!