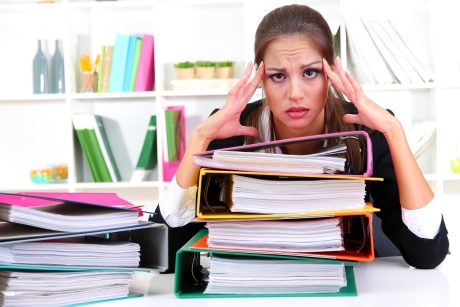 Are you afraid of speaking in public – be it a company meeting, parents meeting at school or a college presentation where you’re required to speak in front of the entire class?

Truth be told – most people are afraid of speaking in public, but to make matters worse, we’re in a situation of being non-native English speakers thus making us even MORE vulnerable to possible hick-ups during the speech!

I mean – where the native English speaker has to deal with anxiety and stage fever, we also have to deal with our English fluency issues which are most likely to get exacerbated while we’re freaking out on the stage or in front of expectant listeners, so I guess I wouldn’t be wrong in saying that dealing with public speaking anxiety is even more difficult for foreigners like me and you!

It shouldn’t deter you from dealing with the issue though, and if you have an important meeting or a presentation coming up soon, please read the rest of this article where I’m going to tell you EXACTLY how to deal with your fear of public speaking by:

So what are you waiting for?

Accept and Embrace Your Fear Instead of Fighting It!

You may perceive these words as an empty sound, but there’s great wisdom in them, and here’s the reason why.

If you fight your fear of public speaking by trying to ignore it and convincing yourself that you’re not afraid, you’re going to have a constant inner conflict which is going to make you feel even WORSE.

So basically not only you’re going to be afraid of the upcoming presentation or speech, but you’re also going to be constantly wasting your mental energy by trying to suppress that fear which doesn’t really work in real life.

You can’t deal with your fears by suppressing them; eventually they’ll erupt on the surface with double the energy, so the only way of dealing with the fear of public speaking is to tell yourself:

Yes, I’m very afraid of the upcoming presentation (meeting, speech, interview etc.) but I’m going to do my best by preparing for the event DESPITE my fears!

And this is the most important concept you have to understand, my dear fellow foreigner!

If you stay strong and FACE your fear of public speaking by accepting the situation (yes, I’m afraid, but I’m strong enough to withstand it – I’m stronger than my fears!) and working hard to prepare for the event, you have a much, much higher chance of succeeding.

If you keep hoping that the fear is going to miraculously disappear or if you keep thinking of ways to avoid the event where you have to perform, you’re going to become even MORE ANXIOUS and your chances of succeeding are going to go down.

Automate Your Speech – It’s the KEY to Success!

Next thing – when you’ve realized that fear is a natural part of the whole public speaking thing (Do you think native English speakers aren’t freaking out when speaking in front of an audience? Of course 99% of them are!) – you have to understand that the only way you can manage your speech during a high-stress situation is by automating it.

Well, it’s quite simply actually – you have to plan the speech down to the very detail and practice in all by yourself until you can speak WITHOUT MUCH THINKING.

So instead of getting up on the stage or standing in front of you college buddies only having a general, vague idea of what you’re going to say, you have to learn the key sentences and points off by heart so that you can say them out loud no matter how much adrenaline gets pumped into your bloodstream!

The simple fact is, my friend, that once you’ve learned something off by heart (meaning – memorized it like a poem), there’s no amount of stress that can make you forget that.

Yes, you may forget some details out of the larger picture when giving the talk or presentation.

Yes, you will probably hesitate more than normally and say something stupid and make more mistakes than usually.

Most importantly, however, you’ll be able to stick to the speech plan you’ve prepared beforehand thus making sure you don’t find yourself in a situation where you just don’t know what to say!

So basically what you have to do is write a SCRIPT of the entire speech, highlight the most important points and make sure to learn those key sentences off by heart.

Then you need to practice the speech (you may actually do it in front of a mirror but it’s not a must) many times over – until you can speak without looking into the script.

How much is enough?

Well, the more the better, and of course – make sure to repeat the speech a good few times the night before and then in the morning of the day of the event!

Prepare for the Worst Case Scenario!

You’ve accepted the fact that fear of public speech is totally natural and that you’re not going to fight it (remember – all fears you’re trying to suppress are just getting stronger!), but you’re going to withstand it.

You’ve done a whole lot of preparation in the days leading up to the event and you can recite the entire speech pretty much without looking into the script.

There’s one more thing you have to do, however – and it’s mentally preparing for the worst case scenario!

Now think about it.

You’re afraid of speaking in front of an audience.

And it’s all right – it’s a primal fear originating in the fear of being shunned by your peers (when others would start laughing at you, it kind of means they reject you) which would have meant a certain death thousands of years ago.

Unless you actually define the worst case scenario in your particular situation, however, your fear is going to stay at that primal level where you don’t know exactly what you’re afraid of, you just know that the very thought of speaking in front of others makes your heart palpitate.

Such fear is the worst because you have no way of CONTROLLING it.

If, on the other hand, you analyze what EXACTLY could go wrong during the live presentation or speech, you can actually have a plan of how you’ll MANAGE the situation thus making the fear less scary; you’ll basically remove the fear factor from certain parts of the event completely and make other parts less scary.

To do the analysis, you simply have to write down the worst things that could possibly happen, how probable they are (that’s the part where you’re looking at the issue realistically), and also what you would do about them.

What’s the worst that could happen: I’ll forget what to say and everyone will start laughing at me.

How probable it is: Most likely it will never happen because I’ve learned the entire presentation off by heart and also in an awkward situation like that people normally don’t start laughing out loud.

What I’d do if that were to happen: I’ll have the script with me and I’ll just refer to it in case I forget what to say. And if everyone starts laughing – I’ll just laugh with them and then resume the presentation!

What’s the worst that could happen: I’ll make a terrible mistake and people will assume I’m useless as an English speaker.

How probable it is: Yes, it’s highly likely I’ll make a mistake, however, if the entire presentation goes all right, people can’t possibly assume I’m a useless English speaker because 90% of what I’d say would be correct anyway; also – no-one is going to judge my English grammar – the actual presentation is more important to the audience!

What I’d do if that were to happen: If I make a mistake – I’ll just ignore it and move on with the presentation. I have to focus on delivering the message instead of focusing on small details – if I’m trying to make sure I say everything 100% grammatically correctly, I’m not going to be able to focus on the larger picture.

Now, can you see how such analysis can possibly calm your nerves and make you realize that the whole situation isn’t as bad as it may seem?

Basically the whole point of this exercise is to make you analyze different scenarios and make you realize that instead of this one big overwhelming anxiety you have to prepare for specific situations when something could go wrong, and if it does – you’ll have a clear plan of action on how to deal with it!

You’ve done all the necessary practicing, you’ve embraced your fears, you’ve thought of the worst things that could possibly happen and you’ve realized that nothing is as bad as it first seemed.

Now comes the big day and obviously the anxiety is on the rise and there’s not much you can do about it because you’ve already done everything you possibly could to prepare yourself mentally and also to prepare the actual presentation.

So, when you do get up on the stage (most likely it’s not going to be an actual stage – you’ll be just facing a number of people in a room), you have to tell yourself:

Yes, I’m afraid and anxious, but I’m very well prepared and I DON’T CARE what others will think about me – I’ll just do my best and that’s all!

The key is NOT TO CARE at that particular moment in time.

I mean – you kind of should care – especially if there’s a lot at stake and the presentation is very important for your career, isn’t that right?

Not caring doesn’t mean you don’t care about the outcome.

Not caring doesn’t mean you’re not going to do your absolute best during the speech.

Not caring in this situation simply means you just PRETEND you don’t care for a moment in order to mobilize your skills as a non-native English speaker and reduce your stress levels during your performance!

Does that make sense?

And of course – it’s not that easy NOT to care, but all I’m saying is – when you’re giving your speech, stop obsessing about the importance of the event and what others will think of your performance.

Try to embrace the simple fact that the quality of your performance depends on all the hard work you’ve done in the days leading up to the speech and now there’s simply no point in thinking “I have to perform really well, I have to nail it, I can’t fail because my future depends on it…”

Thanks for reading, and I hope you’ll put this advice to good use! 😉