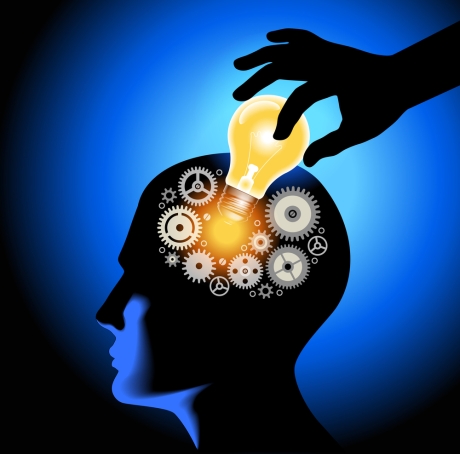 Way back in 2012 I published an article about the importance of thinking in English if you’re serious about your English fluency development.

The reason I wrote the said piece was because one of the primary causes of foreign English speakers’ fluency issues is translation from one’s native language when speaking in English which is a direct consequence of the traditional English studies.

You see, if you’re studying the English language the traditional way, you’re bound to start translating when trying to create an English sentence.

You think of what words to say based on how you’d say the same thing in your native language.

You also tend to copy the syntax of sentences from your native language simply because it’s the only know way for you to say or write anything in English.

Basically it all boils down to you THINKING IN YOUR NATIVE LANGUAGE.

Changing your life-long habit and starting to THINK IN ENGLISH, therefore, is an absolute must if you want to learn how to speak fluent English – as you can imagine, it’s not really possible if your head is full of thoughts in your native language while you’re trying to say something in English.

What I Didn’t Emphasize in the Original Article

The article in question goes in the very depth of what happens in one’s brain during speech – abstract concepts form themselves followed by thinking and then speaking.

What I didn’t stress well enough, however, is the fact that you shouldn’t be trying just to think in English in your head…

I did imply that the thought process is best maintained by speech, here’s the excerpt from the article:

Well, you see – now you can use this fact to you advantage and make your brain THINK in English by SPEAKING English. The speech process is so closely bound to your thoughts that it will make it quite hard for you to think in your native language when you have a steady and controlled speech going on.

At the time of writing the article I figured it goes without saying that when you’re trying to think in English, it has to go hand in hand with speech and the two – thinking and speaking – are inseparable as far as dealing with the English fluency issues is concerned.

Recently, however, it came to light that the concept of THINKING AND SPEAKING out loud at the same time is still quite new to many people – please watch this video!

And when I come to think of it, it’s only natural that my blog readers try to develop their ability to think in English inside their mind ONLY having read my article which clearly says: “How to Develop Your Ability to THINK in English”.

The simple fact of the matter is, it’s very, very hard to form a coherent, well-structured speech inside your head.

When you speak, your mouth forms sentences.

When you think, your brain mostly operates with abstract concepts occasionally punctuated by some words.

That’s why it’s so easy for anyone to have totally unproductive thoughts – you’re trying to come up with a solution to a problem, for example, but your mind simply keeps going around in circles simply because the thought process lacks the logical structure of speech.

The same goes with the English language – while speech has a very logical structure to it, thoughts are way more abstract, vague and difficult to capture.

Our native language is imprinted into our mind.

From the moment you open your eyes in the morning, various thoughts start popping up in your mind – plans for the brand new day, memories from the day before and a whole lot more.

First of all, all these thoughts are mental imagery for the most part.

Secondly, your native language is closely tied with those mental images and abstract thoughts.

So, if you try just to THINK inside your head in English, you’re faced with the very difficult task of re-structuring your entire mind to operate with English-based concepts.

The answer is quite simple:

If you haven’t attained English fluency when you’re speaking, it’s even more difficult to do it at the level of abstract thinking!

You’ll still keep having the same intrusive thoughts in your native language, and the whole thought process is still going to be quite messy and lacking structure (as is ANY thought process in ANY language – yet you’ll be blaming your inability to learn how to think in English for it!)

What Do I Actually Mean When Saying “Think in English”?

Whenever I say the following on my blog:

I never actually mean that you have to be able to get rid of your native language in your mind and substitute it with English even when your mind wanders and you’re allowing various thoughts to appear in your head by themselves.

Even I haven’t achieved such a state yet after all these years spent in an English speaking country and constantly engaging in conversations with other people and speaking with myself!

What I mean by “Thinking in English” is the ability to SPEAK, READ, WRITE in English and LISTEN to English without any involvement of your native language.

You see, the thing is that when you read, for example, (regardless of whether you read aloud or quietly) the content you’re reading is also being echoed in your mind and your native language is simple shut off.

Same goes with writing and listening – the external English content insures your native language can’t intrude your mind at the same time (unless you’re trying to translate from English into your native tongue or vice versa – but you should never attempt to do that!)

Speaking is the most difficult of them all because all of a sudden you have to produce verbal content and that’s when the typical English fluency issues occur – you have native language words appearing in your mind, you hesitate and you can’t find the right words to say.

And now just think about it for a moment.

If learning to SPEAK fluent English is quite a task, then why would you try and achieve the impossible and work ONLY with your thought process? It’s much, much harder and it won’t actually result in you being able to speak fluently!

Unless you actually open your mouth and speak (at least in a light whisper), you may work with your thoughts all you want, but you just won’t achieve the same results as if you were speaking and developing your ability to THINK while SPEAKING.

The bottom line is the following:

Your ability to think in English is a SIDE-EFFECT of all your English related activities; it’s not something you can work on directly!

Feel free to ask in the comments below!