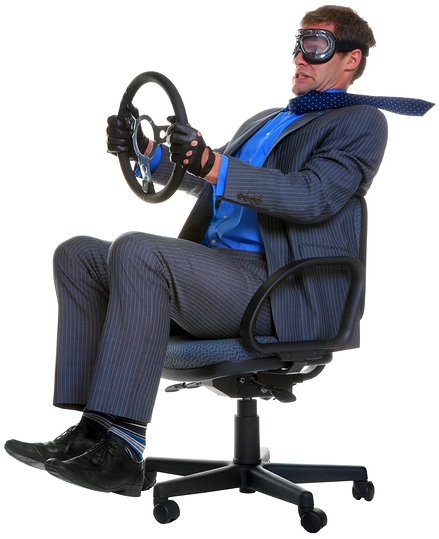 I’ve been a driver for a good few years – since 2006, if I’m not mistaken, and nowadays driving comes just as easy to me as walking or running!

There was a time, however, when I wasn’t comfortable while sitting behind the wheel. As you can imagine, any learner driver has their bad moments, and when I look back at my first attempts to drive a car, I can only be thankful to God I didn’t cause any accidents because there were too many opportunities for that to happen!

“What’s driving got to do with speaking in English?” – you may ask. “This is a blog for foreign English speakers – not drivers!”

For starters, both processes are life-skills you have to LEARN, so no matter which one you’re looking at – spoken English performance or driving a car – they both involve a great deal of learning before you get any good at it.

Furthermore, both driving and speaking in English can be easily affected by a multitude of mental and emotional factors, and that’s where it gets really interesting, my friends foreign English speakers! 😉

You Need to Put in LOADS of Hours!

There was a time when I used to spend 3 hours a day while commuting to Dublin (I live in Ireland), and as a result I got very comfortable driving my car and using all the different controls.

I started feeling my car as an extension of my body rather than a device that I control, and it can be equaled to acquiring English fluency after long years of constant spoken English practice.

Just like driving, I was practicing my spoken English for hours a day on a regular basis, and eventually I developed my ability to speak fluently, without much thinking.

As you can imagine, when you drive a car regularly, you also tend to forget that you’re driving and you can day-dream and your mind wanders while at the same time your body does all the necessary work steering the vehicle in the right direction and pushing all the pedals.

Speaking in English fluently is the same – you get so involved in a conversation that you simply don’t think about HOW you’re going to say this or that particular thing – you just say it! 😀

Such level of performance can ONLY be achieved when you’ve put in loads and loads of hours into practicing the skill, so that’s one of the most important common denominators between driving a car and speaking in English.

Rules Are Only Good For Passing Exams – In Real Life It’s All SITUATION-BASED!

I remember cramming hundreds of rules of the road in my head in order to pass the driving theory exam – and I was quite good at it! I only had to go through the book a couple of times in order to memorize it all, and I passed the test with flying colors.

When it comes to rules and the English language – well, don’t get me started!

There was a time when I was hell-bent on learning every single English grammar rule that I could find, and I would make sure to memorize and recite all those rules regularly so that I would always stay on top of the game.

I was brilliant at sitting tests and passing exams in an academic environment, but guess what? – my spoken English sucked big time! 😡

I couldn’t speak in real life with real people despite knowing all those grammar rules, and I also had the same experiences when starting to drive around in a car with my driving instructor.

No matter how well I knew the rules in a book, in real life it was a whole new ballgame – it was all SITUATION-BASED.

Fair enough – all those situations can be attributed to particular rules, however, the problem is that in real life you DON’T HAVE TIME TO ANALYZE the situations!!!

You have to ACT instantly – whether it’s by saying a certain phrase, or performing a maneuver when driving – so the rules are only good to a certain degree (as I said – mostly for passing exams!). The rest has to be learned by practicing and experiencing different situations, and it ties closely with the previous point I was making about putting in plenty of hours in practicing both your speaking and driving.

Ability to Perform Can Be GREATLY Affected By Other People & Other Factors!

Here’s what happened a few days ago – I had to drive a friend of mine to a computer hardware shop in another town, but for some reason or another he made me so conscious of myself that I almost crashed into another car!

I can’t blame him for it, of course, but the simple fact is that my driving performance can be greatly influenced by people sitting next to me in the passenger seat.

If I’m alone – I have to problems driving around as if I were a pro-racer!

If someone makes me really conscious of my own driving – that’s when I start doing stupid things on the road. Moreover – every time it happens, I try to pretend nothing actually happened in order to prove to myself I’m still the same superb driver – which in turn makes me do something even more stupid!

When I speak in English, similar things may happen.

When I speak with myself or people I’m really comfortable speaking with, I have no problems with English fluency whatsoever.

On certain occasions, however, I may become too conscious of my own speech, and that’s when I may start making stupid grammar mistakes and also hesitate a lot when speaking. 😡

You see – it’s all about emotional involvement.

If you’re emotionally not involved – your performance won’t be hindered – whether it’s speaking or driving.

If you start stressing out – your fluency goes out the window and so does your ability to drive well!

Now, what’s the conclusion, my friends?

Well, nothing’s more important that getting plenty of practice doing the right things – driving around and speaking in English ❗