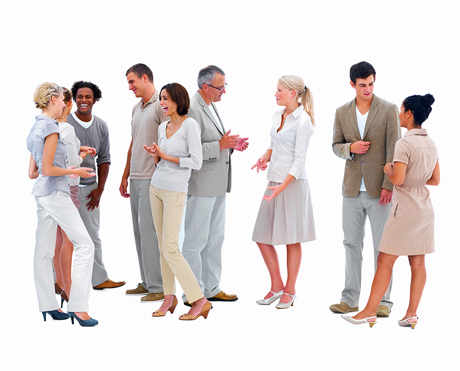 1. Stop agreeing if you didn’t fully understand what was said to you!

On way too many occasions foreign English speakers will just pretend having understood the other person and nod in agreement – but it may potentially damage the whole conversation and result in an even bigger embarrassment than if you just asked your conversation partner to say it again!

There are many other English phrases you can use in such situations other than the overused phrase “Sorry, I don’t understand”; if you only ever respond to something you don’t fully get using that phrase, you may indeed make an impression that you’re not being able to speak English properly.

I know it’s just not the case on most occasions because we foreigners, just like native English speakers, might not get the message that has been communicated to us simply because we didn’t hear it properly (background noise, distinct accent of the speaker, very fast speech etc.) and it’s got nothing to do with our English listening skills.

And even if you didn’t understand a specific word – what’s wrong with that? No-one can expect all foreign English speakers know every single English word that’s out there! But then you’re much better off admitting it rather than trying to conceal it by pretending you did understand it.

All the above phrases are perfect for occasions when you didn’t hear it properly or you didn’t understand what was being said, and it’s a hundred times better to admit it than pretend you got it and just smile and nod ❗

I know you probably do it because you want to make a good impression of yourself and you’re afraid to admit that you didn’t get something. But the situation may easily turn against you if you just agree on something that was meant as a question and then you run the risk of putting yourself in a really awkward situation.

2. Stop trying to be perfect – spoken English is quite often messy!

Spoken English is different from the written word not only in terms of means of expression such as phrasal verbs and informal and small-talk phrases.

What many foreign English speakers don’t realize is that even when native English speakers speak, they don’t always follow an impeccable pattern of main clauses, subordinate clauses and punctuation. Yes, it would be true in case of a prepared presentation, but in most daily situations sentences are often left unfinished and they blend together when spoken out.

So when put down in written format, everyday spoken English would often sound quite messy and not as coherent as you would normally believe. Of course, it’s not always the case and there are native and also foreign English speakers who will always speak in very well thought through sentences.

Striving for perfection and trying to speak in perfectly constructed sentences at all costs can have a detrimental effect on many foreign English speakers, however.

They can start experiencing moments of getting stuck because they try to speak very correctly and comply to the letter with the rules of the English Grammar Tenses, but the conversation is quite fast and you just don’t have enough time to think everything through to the very detail. During a live English conversation it’s actually very easy to say the first words in a sentence and then get stuck because it’s nearly impossible to continue the sentence; you would need to start it anew to continue the same thread of thought!

Real life English conversations, just like when you speak in your own language, require natural improvisation. Sometimes you’d speak using very short sentences, sometimes you’d cut a sentence short to exclaim or make a relevant comment; at other times you would hesitate a bit if you’re not really familiar with the topic you’re discussing and you have to think on what you can actually say in relation to the matter.

3. Ignore small mistakes you’re making when having a conversation!

I’ve looked at the topic of making mistakes so many times on my blog that I thought – “This is it, Robby, it’s been talked through over and over again, and by now all your website visitors will have realized that making an odd mistake while speaking English is OK as far as you deliver a fluent speech and you’re understood.”

However, there’s a new twist I want to put on this topic, and it’s got to do with the very nature of mistakes you’re making when having an English conversation.

For the most part by “making a mistake” we, foreign English speakers, would understand getting the grammar tense wrong, or getting conjugation of a verb wrong. For instance, one of the most common mistakes made by foreign English speakers is when you ask a question in the Past Tense, but you forget to change the main verb to its infinitive form – “Did you went home last night at 5 o’clock?” instead of “Did you go home last night at 5 o’clock?” (read this article to find out about a specific habit you can develop to avoid making this mistake).

There are other mistakes, however, one can make that don’t really fall under the same category of typical mistakes made by foreign English speakers and they’re totally OK to make because they’re also made by native English speakers. No-one would think of them as not being fluent, so you as a foreigner can afford them as well!

What are these mistakes I’m talking about? All right, here’s some of them:

Spoonerisms. It’s when you unintentionally swap the first letters or syllables of two words – like this one: “I opened de toor” instead of “I opened the door”. Sometimes spoonerisms can be quite funny, but the most important thing you have to remember is that it’s not a big deal if you make such a slip of tongue!

Blending two phrases or two words together as a result of trying to say them out loud fast. I once said “How’s doing!” because I had intended to say “How’s going” but the other phrase – “How are you doing” was also on the tip of my tongue. So I started with one phrase, but finished the greeting off with the second one. Did it sound weird? Definitely. Did I care what the person I addressed thought of my English? Not at all! Why? Simply because such a mistake isn’t a REAL mistake made due to the lack of English fluency; it can happen to anyone!

Saying a different word than you intended just because it has the same beginning, or it rhymes with it. Let’s say for instance, you want to say “Let’s make a barbeque” but instead you say “Let’s make a barber queue” – for some reason you pronounce the letter ‘r’ in between. Why does it happen? Well, my guess is that sometimes your brain just plays tricks on you and makes you pronounce a similar word – in this case ‘barber’ – just because it begins with the same sound – ‘barb’.

Yes, that’s my most powerful strategy of dealing with possible embarrassment when making such slips of tongue. I’d normally say something like – “Did you hear what I just said? I actually meant …” – and then I’d just say the sentence correctly.

Remember – never be too serious about making mistakes, and if you can joke about your own slips of tongue, you’ll come around as a friendly and easy-going person! 😉