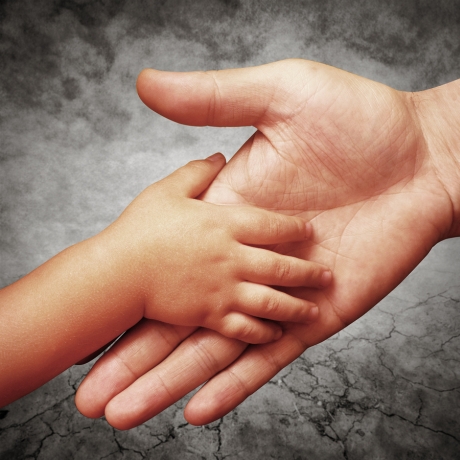 The English language teaching industry is awash with children vs adult comparisons.

“Learn the English language just like babies do – simply listen, and let all the language sink in…”

“Small children are best at learning the English language, their brain is like a sponge! We adults don’t stand a chance…”

are so commonplace that we tend to take them for face value and we don’t question them at all.

Here at English Harmony I question all mainstream standards and practices, and more often than not I’ve found them to be totally wrong.

I figured out a long time ago that you don’t need anywhere near as much focus on grammar as they’ll make you believe in any academic English teaching institution.

I learned it the hard way that learning new English words via my native language – which is a typical industry standard – is actually bad for my English fluency because it creates a lot of unnatural vocabulary associations in my brain.

And it took me a long, long time to define my personal problem – inability to SPEAK in English FLUENTLY – for the simple reason that no-one had ever said it to me during my English language studies at primary, secondary and college level which were 99% focused on developing my ability to read and write!

Today I’m taking on another myth:

“In order to learn the English language, we need to look at small kids in native English speaking families and copy what they do.”

“Listen to a lot of English audio content and absorb it – that’s what babies do when they learn to speak the language naturally!”

This is the biggest BS I’ve ever heard in relation to English learning. I can rubbish that claim within a millisecond –

“Are babies CAPABLE of speaking? No? Then how can you apply the same approach to foreign English speakers who are perfectly capable of SPEAKING?!”

Now, the logical fallacy is quite obvious in this example – we’re capable of walking already, so there’s no need to go through the same process.

For some reason or another, very few people point out that babies spend months only listening simply because listening is the only thing they can do; they CAN’T SPEAK!

Reason #2: Baby Brain Is Only Developing Whereas Our Brain Is Fully Developed!

I hope no babies are reading this article – I could be accused of excluding them from my audience!

Putting all jokes aside, I hope it’s not hard to understand that the average foreign English speaker who’s learning the English language is FULLY capable of manipulating with abstract concepts.

We can verbalize our thoughts.

We can draw logical conclusions.

We can express our opinion in relation to both simple matters as well as complicated processes.

For this reason alone, you can’t put us in the same category with toddlers from native English speaking families and apply the same language acquisition methods.

Toddlers will speak using individual words because they’re simply unable to operate with complicated abstract concepts; their cognitive facility is only developing!

It hasn’t prevented the traditional industry, however, to adopt a similar approach in teaching English as a second language to people who are perfectly able to learn ready-to-go phrases. They teach them individual words instead and make them stick those words together as if they were toddlers unable to speak in full sentences!

Reason #3: Small Children Don’t CARE About Mistakes Whereas Foreigners Are Freaking Out Over Them!

Here’s why everyone thinks children’s brain is like a sponge but the moment we hit our late teens/early twenties, we start sucking at learning languages:

“Children have no mental inhibitions! They DON’T CARE about their mistakes, others’ attitude and their trials and errors! They speak, speak and speak till they get it right!”

We, adults, on the other hand, are constantly worried about things such as:

“Did he/she notice the stupid English grammar mistake I just made?”

“I’m not really sure how to say it, so I’d better just keep my mouth shut…”

“He’s such a fluent English speaker, it’s best I don’t try to say anything complicated lest I make a fool out of myself…”

A toddler in a native English speaking family is making all the imaginable mistakes before he reaches conversational fluency, so if he’d be having the same doubts about his ability to perform in terms of the spoken language, he’d NEVER learn to speak.

if all emotions are removed, the average foreign English speaking adult is even more capable of learning new English words, phrases and ways of using them than a 2 year old toddler in a native English speaking family!

Reason #4: People’s Expectations Are COMPLETELY Different For a Little Child and an Adult Foreign English Speaker!

How can we stack up a child’s progress to that of a twenty-two year old, for example?

The little boy or a girl only has to say a couple of new words in his native English language, and everyone present in the room gets really excited about it: “Mary, did you hear what our little angel just said? Isn’t she a smart cookie?!”

When a foreign English speaker learns a couple of new English words, however, it’s no big deal.

Surely he or she is expected to know those words anyway!

And how come he only learned them now? He should be making bigger effort towards his fluency improvement in order to compete in the modern marketplace where your skills have to come up to industry standards or else you don’t stand a chance of getting a decent job!

Now, can you clearly see what I’m talking about?

What is considered as a massive progress for a three year old, is a mediocre achievement for an adult foreigner. Again – we’re not comparing like with like!

Of course, I don’t deny the very scientific fact that a child acquires a massive vocabulary and his native language syntax between the ages of 1 to 5 or so. It’s just a fact.

What I’m saying is that the child’s language is still going to be quite simplistic at that stage.

If you put any adult foreigner in the same full immersion environment for 4 years straight where he or she would be FORCED and 100% MOTIVATED to speak in English pretty much THE WHOLE TIME, their progress would be considerably bigger due to better performance of our mature brain and ability to think using complicated abstract concepts.

Yes, there is this phenomenon of us, adult foreigners, not being able to speak properly to a 4 year old native English speaking child, but I’m 100% confident that the true reasons behind it are rather of a technical nature – typical fluency issue (lack of natural speech patterns wired into our brain) and simple lack of the relevant childish vocabulary and phraseology.

I don’t believe for a second that the reason for it is because a native English speaking 4 year old would be inherently more capable for learning the language than an adult or adolescent foreign English speaker!