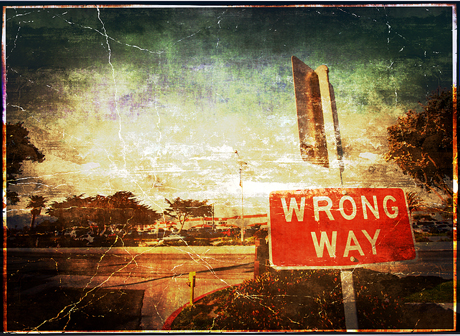 When fluent English speakers speak, they don’t stick separate words together. Every word they pronounce automatically triggers the next one; the whole sentence is rather a chain of words linked together.

Let’s say, for example, you’re asked a question “Would you like to come along to a party on Saturday night?” Most likely your response would begin with words “Thanks for…” and then you’d follow it by either “…asking” or “…inviting”, and come to think of it, when you pronounce the first words “thanks for…” the rest of the phrase kind of comes out of your mouth by itself, doesn’t it?

That’s a typical example of collocating English words – they would normally go together in spoken and also written English, and foreign English speakers find it much easier to speak if their vocabulary has been built based on collocations as opposed to memorizing separate words. Well, the aforementioned phrase was a very simple response, and most likely you’d be able to respond using such a simple phrase even if you didn’t memorize it as a single unit of spoken language.

Yet I’d say you picked it up by mimicking other English speakers because you surely must have heard someone say “Thanks for asking” or “Thanks for inviting” and that’s why the phrase got imprinted into your mind. Of course, by listening alone you won’t become fluent, you need to speak to add new phrases to your active English vocabulary, but I can’t deny that it does work to some extent.

Anyway, when the wrong methods are used and wrong associations between English words are established, you may unwillingly create unnatural collocations.

They manifest themselves in the following way – you start speaking by saying a word or two, but instead of continuing with a word that logically complements the phrase, you say something completely unrelated, something out of context, so to speak. OR, such out-of-place words may start pushing themselves into your mind even before you speak, and you may get a feeling as if someone else has taken control of your mind.

Freaky? That’s how I used to feel and that’s how many other foreign English speakers feel if they use the wrong English learning methods.

But now I’m going to list the worst of them so that you can avoid them like the plague!

1. Memorizing English words with corresponding translation in your native language.

There’s nothing wrong with looking up an odd word in your English – [Your Language] dictionary because there might be some words that just call for an explanation in your language. After all, the much dreaded translation may happen involuntarily because it’s not really possible to switch off your native language completely when you deal with English speaking people or when you’re engaged in English learning and English improving routine.

Looking up English words is one thing, however, but memorizing – quite another. Memorizing involves you repeating the new word a good number of times and if you do it by repeating the English word followed by the respective word in your language, you’ll create a strong collocation.

When you think of that English word during a conversation, it’ll bring up the respective translation in your native language in your mind as well, and that’s when your fluency gets seriously hampered ❗

Also, such vocabulary building by memorizing English terms coupled with the respective translations in your language won’t facilitate thinking in English at all, which is crucial in maintaining fluent speech.

Back in the days I didn’t realize that by upon doing so I would create a completely unnatural collocation – an English word coupled with a Latvian word. I think it’s rather obvious that to speak fluent English, you need associate English words with other English words, right? 😉

But there’s more to it – not only it would bring up ‘iegút’ in my mind when I’d pronounce the word ‘acquire’; it also made me rely on my native language when speaking English because I would use the English word ‘acquire’ in situations when I’d use ‘iegút’ in Latvian…

It was simply disastrous for my English fluency. You just can’t speak like that. You need to use ‘acquire’ within context similar to that used by native English speakers, and you just can’t translate directly – that’s the lesson I learned some time after that, and hopefully I can save your time and effort by telling my story to you.

So the bottom line is – building English vocabulary by memorizing new words followed by a translation in one’s native language is a double-edged sword; technically you may reach a very advanced English student’s status by having thousands of words of vocabulary while in reality you’ll be struggling to use your vocabulary in conversations! 😡

2. Memorizing numerous meanings of the same word at once AND learning a number of similar collocations at once

When I was building my English vocabulary years ago, I used to write down all possible meanings of the same word at once. Translating them into my language wasn’t enough; I had to mess up my spoken English even more by creating a number of entries for each English word! You can only try to imagine what it feels like when you’re forced to choose the right word among several mental records… and they’re all in your native language!

Don’t repeat my mistake, and don’t learn multiple meanings of the same word at once. And even though the best way of learning new meanings of a word is by learning them in context and memorizing the whole phrase, I still suggest not doing it at the same time. You’re much better off allowing the current meaning of the word to settle into your mind in order to avoid confusing it with the others!

So even if you’re walking the right path and learning collocations instead of separate words, you have to be careful about the methods you choose to learn those collocations.

Grouping collocations by words they begin with and learn them all at once might sound like a good idea; in reality it’s probably not as useful as if you learnt each of them within context and grouped them by conversational topic instead.

For instance, the following phrases – ‘break a habit’, ‘break the rules’, ‘break a promise’ and ‘break the mold’ are all typical English collocations and you may be encouraged to learn them all together. I would be weary of such a method, however, as I believe that instead of creating a strong collocation in your mind between the words in a phrase and learning it within context, you may create a trigger mechanism whereby every time you say the word ‘break’ it brings up multiple associated words at once. They may be floating in front of your eyes and you’ll find it much harder to conduct a normal conversation and maintain a coherent sequence of thoughts in your head.

“A habit… the rules… the mold… a promise…” – all or just some of those words might appear in your mind’s eye instead of triggering just one word depending on the situation you’re in.

I believe you’re much better off learning collocations grouping them by topics, and I’d personally suggest you learn collocations such as ‘break the rules’, ‘breach of contract’, ‘commit a crime’ together so that whenever you find yourself discussing legal matters or simply chatting about breaking news of a heinous crime having been perpetrated, you’ll be able to use such phrases naturally.

So my take on the whole grouping by words or learning several meanings of the same word at once is the following – if you cram content into your mind just because it’s technically easier, it doesn’t mean it’s going to improve your actual English fluency!

I’d rather acquire new vocabulary and collocations relating them to a particular situation and allow my mind to create emotional bonds among those new word combinations!

I’ve looked at this issue in a blog post called Learning English phrasal verbs through idioms and collocations, but it can be applied on learning any English verb conjugation or noun declension.

To put it simply – if you want to learn how to use different forms of the same verb correctly, avoid hammering them into your brain automatically because you’ll find it harder to use them in a normal, contextual speech ❗

If you memorize the following word sequence ‘shrink, shrank, shrunk’, you’ll find it much harder to use those respective words than if you included each of them in a sample phrase.

“Is this going to shrink if I wash it?” – repeat and memorize this phrase and while doing it, look at your T-shirt or jeans to create a strong mental association. It’s going to create an inseparable connection between the phrase, the word ‘shrink’ and clothes, and that’s exactly what you want because the Present Simple form of the verb ‘to shrink’ is most commonly used when speaking about clothes.

“Profits shrank…”, “I shrank back…” – these are typical phrases where the Past Simple form ‘shrank’ is used. Repeat them, and also while memorizing them say a few sentences involving those phrases; just make something up – “Our company’s profits shrank by 20% last year”. “I shrank back when I pulled out the box and saw a dead rat.”

If you repeat and memorize the three forms of ‘to shrink’ – “shrink, shrank, shrunk”, you’ll associate those three words with each other and every time you want to use one of them you’ll have to exert mental pressure and construct the sentence in your mind. If you learn the relevant phrases with the respective verb forms in them, you’ll be able to use them instinctively and effortlessly. Which approach is more practical, what do you think?

But if you’re wondering why I’m choosing those particular phrases for each form of the verb ‘to shrink’… Well, I’m not saying you can’t use the Past form ‘shrank’ talking about your jeans – “My jeans shrank when I washed them” – but then you’d find it hard to come up with a practical example where the Past Participle ‘shrunk’ is used in Perfect Tenses. How realistic is it for you to ever say something beginning with “I have shrunk…”?

So this is how you create natural collocations in your mind instead of just relating the different verb forms to each other. If you go with the latter, you’ll create unnatural, clumsy English sentences; if you go with the former – your English will sound natural and you’ll instinctively know when to use relevant forms of verbs, for instance.

I’m not claiming to have discovered something unique here and I’m sure many English teachers would also encourage their students to learn collocations. Sadly it’s the very nature of academic English studies that tend to be more grades-orientated that makes students and self-learners alike cram new stuff into their head just so that they can reproduce it during English tests…