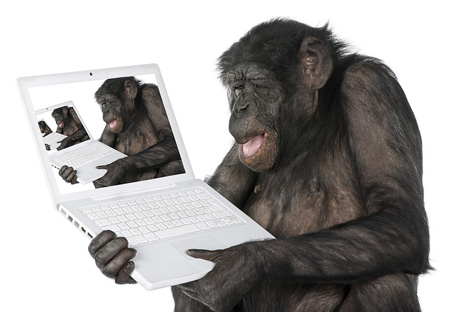 If you read my previous blog post about English collocations, you’ll remember that a collocation is a group of two or more words that are naturally used together in written and spoken English – such as “a tough decision”, “renewable energy”, “foreseeable future” or “to draw a comparison between.”

Many collocations are strong, which means that you if you replace one of the words with a synonym, native English speakers would notice that it doesn’t sound right. For instance, if you say “replenishable energy”, it would sound a bit odd because “renewable energy” has been accepted worldwide as a standard way to describe energy sources like wind, water and solar energy.

Many collocations aren’t that strong. For instance if you say “a hard decision”, it sounds absolutely fine despite “a tough decision” being a standard collocation you’d find in English Grammar books.

But why is it important for us, foreign English speakers? Why should we care about English collocations?

The reason is simple enough.

We may be under impression that collocations were invented by English teachers in order to annoy students and make their studies harder. (Frankly speaking, I can partially agree with this if collocations are looked at as a separate section of English language studies instead of being used as an integral part of speaking and writing English.)

In reality if we, foreigners, want to achieve English fluency we need to incorporate learning collocations in our daily English improving routine as part of acquiring new vocabulary and phraseology. You just can’t ignore natural English word patterns otherwise your English will sound weird, simple as that!

But don’t cram long collocation lists into your brain.

The most efficient selectiveness in terms of acquiring English collocations is exercised by using English for your own personal needs and ignoring irrelevant content. Learn collocations that you’ll use and that are relevant in your daily English conversations and also written communication!

What’s the best way to do it?

Remember that collocations are naturally embedded in English language and you just have to MIMIC native English speakers to embed collocations into your mind.

Don’t focus so much on learning any English collocation that comes along, instead learn to speak and write by copying naturally occurring English language patterns in YOUR natural English-related environment (be it work, studies or hobbies). Thanks to the developed “gut feeling” for correct English you’re going to speak and write fluently without being aware that you actually use certain English collocations!

And this brings us to the next point I want to make today.

But now let’s cut the theoretical rant and look at particular examples to paint the whole picture for you.

(By the way – the name of this sub-chapter “Selective Ignorance” is a term coined by Tim Ferris and at the same time it’s a perfect example of a collocation. All it took me to learn it was to be exposed to it a couple of times and now it just surfaced up from the depths of my mind. This goes to show the effectiveness of mimicking!)

Let’s say for instance, you work in an office and you spend a lot of time on the phone in a sales team. English collocations like “to place an order”, “to conform to industry standards” and “to qualify for a full refund” would be commonplace in your work environment and you’d naturally start using them.

In the beginning you’d probably use your own words to describe certain concepts – and don’t take me wrong, there’s nothing wrong with it!

If you explain your company’s refund policy by telling a potential customer that in case he’s not fully satisfied he can “always get his money back”, the message is very clear and straightforward, isn’t it? Still, by telling that he “qualifies for a full refund” in case the product “doesn’t meet his expectations” you create a more professional impression.

And here’s where the mimicking part comes into play.

Even if you’re not told to use those particular phrases upon joining the sales team, you’ll be hearing them being used all the time. You’ll hear them many times a day, and every time it happens, it’ll leave an imprint into your brain. Over time you’ll pick them up and start sounding more natural when speaking with potential customers on the phone.

In fact, it’s the English collocations that you’ll have learnt. In reality – who cares that they’re called “collocations”? You don’t even need to know what they are, all that matters is that you develop a “gut feeling” of how things are described by native English speakers!

So in the end we’ve figured out that to learn collocations you don’t even need to be aware of their existence, is that weird or what?

If you spend a lot of time in an English environment, you will be constantly exposed to countless English collocations and you’ll absorb them over time.

Fair enough, but then wouldn’t you want to increase your English improvement effectiveness even more and learn natural language patterns and collocations even faster?

Of course you would – who wouldn’t!

All right, but that’s when you have to make some conscious effort into your English fluency improvement.

It’s quite simple. You should write down new English collocations that you hear or read in a notebook and repeat them a good few number of times until they settle in your mind.

Being exposed to collocations and picking them up after a while is the most natural process. You can get the job done in no time, however, if you memorize them as soon as you hear them for the first or the second time ❗

It may take five times for you to hear a collocation “citizens exercise their political rights” before you attempt using it in an actual English conversation. And even then you may speak in a hesitant manner because the collocation wouldn’t be added to your active vocabulary yet.

If you put it down in a notebook, memorize it and repeat a few times over the next few days, you can be sure you’ll be able to produce the collocation automatically and naturally – just like a native English speaker.

Of course, you still may want to be selective and leave that collocation aside if you feel that it’s not something that you’ll use regularly. I, on the other hand, engage in lengthy political discussions with a co-worker of mine quite often, so that collocation is definitely useful to me! 😉