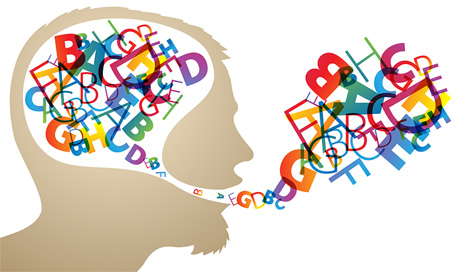 If you ask an average English speaker what a collocation is, they’ll probably shrug their shoulders and will ask you to provide an explanation. Well, I’ve no problems doing it for you!

Collocations are words that normally go together in written and spoken English. They make your English sound more fluent and native-like, and it’s when you get a collocation wrong when people would say – “Well, it doesn’t sound right, they don’t say it like that in English…”

The tricky part is that there are no English Grammar rules stipulating how and when certain words go together, you simply have to develop “the feel” of how words are naturally used. Basically you have to learn English collocations and incorporate them into your spoken and written English.

Collocations are somewhat similar to English idioms. Just like idioms they’re word combinations that are used by native English speakers and you just have to learn those phrases to be able to use them; you can’t just translate the same meaning from your native language and stick relevant English words together ❗

However, it won’t make you a better English speaker if you only KNOW what a collocation is. Knowing alone doesn’t make you fluent, and that’s obvious to me now after my years long pursuit of English fluency!

So let’s cut the rant, and let’s get straight down to the business! 😉

Why should I care about English collocations, why can’t I just keep speaking the way I’ve done until now?

You don’t have to become an English Grammar nerd and bury yourself in English collocation books to be able to use them in real-life communication. Even if you’ve never heard of English collocations before doesn’t mean you don’t use them! You see – constant communication and exposure to English alone will imprint a lot of natural speech patterns into your mind.

Also whenever you learn new English vocabulary along with context you’ll automatically remember what other words collocate with the words you learn. Let’s say for instance, you came across a new way of using the verb “to bear”. Most likely you heard this word used in context, not just on its own. The phrase you heard could have been “please bear in mind” – meaning “please remember”.

So if you learn this new English word’s “to bear” meaning as part of a collocation “bear in mind”, it settles in your brain much firmer and you’ll be able to use it naturally. This brings us to the next point:

It’s easier to learn new vocabulary as part of collocations than on their own!

One of the biggest mistakes foreign English speakers make is by learning new vocabulary words seperately. Years ago I used to carry pocket dictionaries with me where I wrote new English words followed by translations in my native Latvian – and I memorized thousands of words this way.

I was very disappointed and surprised upon realizing that I couldn’t use most of them – but I still kept cramming separate words into my brain. Now it’s clear to me that the lack of contextual associations inhibited my ability to use all those English words in my daily conversations – which means that I didn’t acquire them as part of naturally occurring collocations!

Just take the word “to bear” as an example. If you learn its all meanings translated into your native language, you may think you’ve done a great job. Yet every time you speak you’ll have to translate the particular sentence from your own language and you’d have to pick the corresponding English words in the process. It’s going to take a whole lot more time compared to using a ready-to-go phrase “bear in mind”.

In other words – when you improve your English contextually by learning collocations, your speech becomes more fluent. You’re able to speak using word combinations rather than sticking separate words together ❗

You see, most likely you won’t be even able to use the word “to bear” correctly, if the only way of putting it into an English context is by direct translation from your own language. There are many meanings for the verb “to bear” – “to carry” like in “to bear arms”, “to endure” like in “I can’t bear it”, and also the most popular “to be born” – like “I was born in 1979”. However, if you don’t know what other words “to bear” collocates with, you simply won’t be able use all those word combinations!

TIP OF THE DAY:

When you look up new English words in a dictionary, always pay attention to collocations in which they’re naturally used! Dictionary.com for instance always provides collocations next to the search results, please refer to the screenshot below:

What to do if I can’t think of a proper collocation containing the particular world?

Don’t forget that you can always paraphrase what you intended to say if you get stuck for words. In other words – you’ll still speak decent English even if you don’t know a proper collocation with the particular word you want to use.

There are thousands upon thousands of English collocations, and learning them all would be a very time-consuming process that would take you long years of study to accomplish. It would be an epic task indeed to purposefully learn a huge number of collocations and then being able to USE them all when communicating!

I’ve always opposed the idea of focusing too much on technical aspects of English improving and learning such as grammar rules and then trying to implement them later on. It has a detrimental effect on your spoken English fluency because fluent English speech is more about improvising and producing instantaneous speech.

Therefore you don’t have to be too hard on yourself – if there’s something you’re not sure how it can be said, put it in your own words! I’m telling you – the art of paraphrasing is equally important to being able to use naturally occurring English collocations, and never be ashamed of sounding unique and using your own way of describing things!

Most English collocations aren’t as strong as they may seem!

Let’s take a typical collocation – “to borrow heavily”. This is how a fact of huge borrowings would be described in fluent English – you can’t say “I borrowed strongly” or “I borrowed intensively”. Well… To be more precise – you CAN say it, but it just doesn’t sound right, remember what the whole collocation thing is about? Someone who hasn’t spent enough time among native English speakers would probably find it more difficult to distinguish between a “good” and a “bad” English word combination, but over time you’ll definitely develop that “sixth sense”.

Anyway, “I borrowed heavily” is how most English speakers would describe the process of taking out massive bank loans, and I would say it’s a fairly strong English collocation. In other words – you can’t easily replace the adverb “heavily” with another adverb.

But here’s a very important thing for you to bear in mind – many foreigners make a mistake of getting too much focused on details such as – “what adverb can I use with the verb “to borrow”? And they’ll keep thinking only “inside of the box” without seeing that one doesn’t necessarily have to use an adverb to describe the fact of heavy borrowings!

If you’re not sure how it’s said naturally, you can always put it in very simple words – “I borrowed a lot!” You see – we transformed the problem of breaking the bond in the strong collocation “to borrow heavily” into something completely different – how to say it in the simplest way possible!

So as you can see, it’s a stick with two ends – English collocations are part of a natural and fluent English, but at the same time – even if you don’t know what a particular word collocates with – you can nearly always put it in different words!

P.S. Are you ready to get on the fast track to spoken English fluency? Check out my English Harmony System HERE! – it’s packed full of English collocations, by the way!