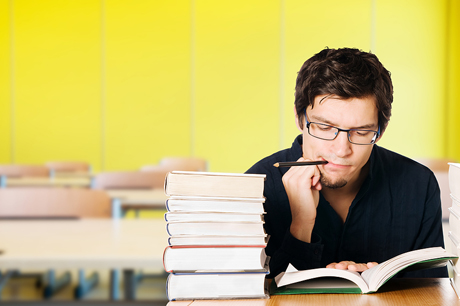 By now I’ve actually forgotten most of the grammar terms and rules I had hammered into my brain, and just as well – they only prevented me from speaking English fluently.

Simple enough – I used to spend way too much time analyzing my thoughts, applying Grammar rules and preparing my speech in my head.

It was killing my English fluency, and it took me quite a while to figure out the simple truth – English collocations (phrases, idiomatic expressions, most commonly used sentences) already contain all necessary grammar in them!

When I speak English now, I don’t think about grammar anywhere near as much as I used to. I just rely on my “gut feeling” and get fully involved in conversations. My intuition takes care of English Grammar!

For instance, English preposition usage rules determine that you have to say “ON this occasion” but the word ‘situation’ goes with a preposition ‘in’ – “IN this situation”. Personally I don’t look at it as something that has to be constantly recalled during English conversations. I mean – once you learn the relevant collocations – “in this situation” and “on this occasion” – it sticks with you and you don’t have to consciously think which preposition to use every time you speak.

Having said all this, however, I have to admit there are a few English Grammar rules I always bear in mind, and they’re just about the only ones you need to know on top of naturally occurring English phrases and collocations to form correct and fluent English speech.

Of course, I’m not saying the ones below are the only English Grammar rules you’ll EVER need.

But let me remind you that this blog is for advanced foreign English speakers therefore the main presumption is that you don’t have a problem with Basic English Grammar – it’s completely out of the question here!

In the unlikely case you’ve forgotten what it is – here’s an article (and a video) about the English Past Perfect Tense I published a while back.

And don’t get me wrong – I’m not implying that your English mightn’t be good enough or anything. I also tend to forget grammar related terms because I’m just not bothered studying it anymore, so it’s actually understandable that one might forget what the Past Perfect Tense is!

Anyway, here’s how I go about speaking in English and using the Past Perfect Tense; and why it’s one of those grammar rules I always keep in mind.

During any English conversation there are four possible timelines – events taking place in Present, Future, Past and also even more distant Past. This distant Past – let’s call it Past before Past – is the one demanding Past Perfect Tense, and so far it’s all common sense and I’m sure you’ve known this English Grammar rule all along.

Let’s say for example, you’re telling your friend: “Someone drove into my front yard and completely destroyed the lawn!” That’s Past, but now if you want to mention an event that HAD happened before the lawn got destroyed – that’s when you use Past Perfect Tense – “Thank God I HAD TAKEN little Eric inside – who knows what might have happened if he’d been there?”

Well, the reason I’m putting this Grammar Rule in this list is because it’s a bit tricky to spot that Past before Past during a conversation, and personally I have to slow my speech down a little to use the correct Tense ❗

It wouldn’t sound completely wrong if you used Simple Past Tense on both – Past and Past before Past – timelines, but I’m sure you want to speak as correctly as possible, and observing this grammar rule doesn’t really require that much effort.

You just have to make it your second nature to use the auxiliary verb HAD (normally it abbreviates to ‘d which is added on to the personal pronoun – “I’d done it”) followed by a Past Participle after personal pronouns when you’re talking about an event that PRECEDED some other event that you’re going to talk about RIGHT AFTER you’ve finished with the first one.

As I said, it might still require conscious effort long after you’ve become quite a fluent English speaker, and that’s why I put this English Grammar rule on this list.

There are many types of English conditional sentences containing the so-called “if-clauses”, and there was a time when I used to cram all their possible variations in my mind.

You don’t have to do it, and that’s not what I’m going to suggest in this article. If I did, there’s a good chance you’d find it even more difficult to speak in English because you’d overanalyze your own speech, and that’s definitely not something we want.

The first part of the previous sentence I wrote, by the way, is a Type 2 Conditional sentence – “If I DID, there’s a good chance you WOULD find it even more difficult”. Type 2 Conditional sentences are formed to refer to events which are unlikely to happen, but in theory they could, so you have to use Simple Past with the ‘if’ clause and follow it by WOULD + Infinitive.

However, there are exceptions to this rule, and you are actually allowed to follow the Simple Past ‘if’ clause by WOULD+ Simple Perfect. Therefore a sentence “If I met him yesterday, I would have started a fight with him” is a totally valid English grammar construct!

But what if I wanted to say “If I HAD met him yesterday?” Would that be correct?…

You see, this is what I call information overload ❗

If you try to include all variations of English Conditional Sentences in your analysis, you’ll be hardly able to speak at all!

My approach is the following – all these “would have’s”, “would have had’s” and “had I had’s” are much simpler than we’re told. There’s much more room for improvisation than we’re told by English Grammar specialists, and once you’ve spent enough time practicing English you’ll definitely get a hang of it!

The first rule in today’s article about the English Past Perfect Tense is all you actually need to get the Tenses right when you speak, and if you also incorporate Future in the Past in your English conversations, there’s nothing that can go wrong.

Nothing except the following: ‘if’ (and also ‘when’) clauses are to be used with Simple Present if the action in the main clause is expressed by the WILL Future Form; however, we foreigners are often tempted to use the WILL Future Form in the WHOLE SENTENCE!

So for instance, you don’t say “If I’ll be still sick tomorrow, I won’t come to work.”

Type 1 Conditional sentences are constructed this way: “If I’m sick tomorrow, I won’t come to work.” You see – the first part of the sentence is in Present Simple “if I’m sick”, and personally I have always found it a bit difficult to wrap my head around this English Grammar rule.

So basically it boils down to this: if you speak about something that might, will, or won’t happen and you intend to follow that clause by the main clause in WILL Future, use Perfect Simple!

Personally I always have to keep this in mind when speaking in English, and that’s why this rule is included among these 3 essential English Grammar rules.

“I’m going to do it tomorrow; you may stop worrying about it!”

“I’m doing the driving test tomorrow so I have to take a day off.”

All the above sentences refer to future actions, but how do we determine which English Grammar Tense is to be used? This is another English Grammar aspect that can get your head spinning, so I believe that if you fix the way you describe Future actions, you’re English is going to be fluent.

First of all, you have to stop treating the WILL + Infinitive Future form as the basic English Future Tense.

Contrary to what the English Grammar books may have led you to believe, it’s only used to describe DECISIONS made at the moment of the conversation AND expressing your opinion – what you THINK or BELIEVE will happen (but even then you can use the GOING TO Future form, so instant decisions is really the ONLY time when you HAVE TO use this Future form).

“OK, I WILL carry this box down the hall for you, no problem!” (instant decision, offer to help.)

HOWEVER, in real life conversations you’re totally fine to use the Present Progressive Tense when speaking about most Future actions because it’s used to describe arranged future plans which make up quite a big part of our total future activities we refer to when speaking with others.

To put it simply, before you refer to a future action during a conversation, just think whether it’s something that has been already arranged and/or known to you and/or your conversation partner. If it is, most likely you have to use Present Progressive.

“I’M FIXING my bike tomorrow so I’m not sure if I can go to the mall with you.” As you can imagine, the decision of fixing the bike has already been made, and now you’re only letting your friend know about it.

Same goes with most of our daily plans and actions, so you should regard the Present Progressive Tense as your primary English Future Tense: “A fire inspector IS COMING to check our building next week, so we have to make sure all fire exits are obstacle-free.”

Other than arranged future plans, you’re totally fine to use the GOING TO Future form when referring to most other future actions in normal, daily English conversations.

“You see, we’re GOING TO rearrange our office next week, so we’d best wait till bringing in the new chairs.”

“I’M GOING TO contact her tomorrow once more, but we’ll send the order out on Monday regardless because the goods might go off.”

If you watch TV programs and movies, you’ll notice that the GOING TO Future form (or GONNA – that’s how it’s abbreviated in conversational English) is used all the time. So I’d say you can’t get it wrong if you stick to using this future form and Present Progressive at most times.

And believe me – it’s not a big deal even if you mix up the two – Present Continuous and GOING TO Future form. Just read the following two sentences:

“We’re rearranging our office next week.”

“We’re going to rearrange our office next week.”

See – they both sound perfectly fine! So on many occasions it’s up to you which Grammar Tense you use as far as you don’t use WILL + Infinitive Future form all the time.

If you keep learning collocations, idiomatic expressions and phrases and you keep practicing a lot, you’ll develop the “gut feeling” for correct English and you won’t need to study English Grammar to speak correctly.

These 3 English Grammar Rules, however, will come in handy to get your speech right: