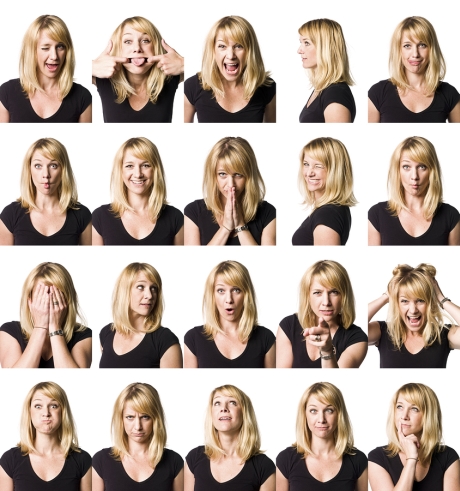 Let’s get down to business right away; here’s the sample sentence I want you to look at:

I guess you don’t have to be a genius to immediately spot one thing: the word “selfish” has been described in three different ways in this sentence:

Now, let me ask you the following question: “Why on Earth should anyone waste that many words to simply say that they don’t like when people are selfish, full stop?!”

Do all those descriptions not fit into the same definition of “selfish”?

Did the person using the much longer sentence add anything significant to it?

Then surely speaking like that signifies poor taste when it comes to constructing good-sounding English sentences?!

With all due respect to anyone agreeing with this notion, I will strongly argue against it ❗

You May Call It Too Repetitive, I Call It Natural English Speech!

wouldn’t sit well with hardcore academics who’d rather see every single English word be used for a good reason, and if you say something, then you do it only to add something of note to the previously expressed thoughts.

Maybe they would be happy if I could immediately elaborate on the subject within the same sentence thus avoiding repeating the same thing all over and over again:

I don’t like when people are selfish to an extent they don’t even acknowledge other people’s needs and wants!

And I have to agree with them on one thing – yes, the second sentence has more substance to it because now there are more details revealed about the level of selfishness involved. And I also have to say that I wouldn’t mind being able to speak like this the whole time. The heck – it would be brilliant if we all could speak as if reading from a book, wouldn’t it? 😀

Real-life English, however, is an entirely different story altogether.

All English speakers – native and non-native alike – are faced with the following issues when speaking their mind:

I’ve lost the count of times I’ve listened to radio and TV interviews with celebrities, actors, politicians and the like where they have to improvise and speak without any advance preparation whatsoever.

Their speech is ever worse! They constantly repeat themselves, hesitate and stumble upon words while frantically trying to figure out how to best put this or that particular thing into words.

So, my dear friend foreigner, this is real life English:

If you have to speak without any preparation at all during an actual English conversation, you may repeat yourself all you want just to get the conversation going!

Benefit #1 of Being Repetitive: It Gets Your Speech Going!

As often times is the case during a spontaneous conversation, you may struggle for words when you’re describing some abstract concept and you haven’t thought about it before.

If you were to try to pinpoint what EXACTLY it is that you don’t like about people being selfish right there and then (in this case it’s the fact that some people are so selfish they don’t even realize other people have their needs as well), the conversation might sound like this:

Person X: I don’t really like being around Lisa, she’s never asked me how I feel and if I need anything…

You: You’re right, I don’t like when people are selfish and… and… well (trying to word the abstract concept)… I mean…

Person X (changing subject): By the way – what’s the weather like this weekend?

Basically the only thing you accomplished by trying to say EXACTLY what you wanted to say is not saying anything at all.

If, on the other hand, you were to probe around the abstract concepts floating in your mind by using different ways of saying the same thing, sooner or later you will get to the heart of the matter:

I don’t like when people are selfish, self-absorbed and only think about themselves the whole time, and by the way – sometimes I even get a feeling they don’t even realize that I am a human being with my own needs as well!

In this case it was the word ONLY that triggered you to understand what exactly it is you’re trying to say – you’re saying ONLY, and it kind of naturally leads you to conclude that sometimes selfish people are so self-absorbed they think about their own needs ONLY, exclusively, so it’s as if you didn’t even exist.

So in a funny way by speaking in a way some people may refer to as being too wordy and repetitive, you’re actually providing yourself with clues that help you keep the conversation going!

Benefit #2 of Being Repetitive: You Don’t Even Have to Observe Proper Grammar!

When you have real-life conversations with other English speakers, being the hard-working English student that you are, you’re most likely trying to construct well sounding and properly constructed English sentences.

Nothing wrong with that, my friend, it’s just that when you’re saying the same thing all over and over again which may lead to something else you’re going to say the next moment, you don’t necessarily have to observe super-correct grammar where a sentence ends, and then a new sentence starts.

I see the whole thing this way – if you have to choose between keeping the conversation going and getting stuck for words just because you couldn’t choose the perfect way of saying what you wanted to say, it’s really a no-brainer.

You’re much better off saying SOMETHING ❗

Hi Jim, how’s your dad, is he all right? Is he feeling OK, I hope he’s doing well? Actually I only remember now when I said it… I met your mom the other day and she said the surgery was successful! I’m so forgetful!

Had you just said – “Hi Jim, how’s your dad?” – followed by frantically trying to think what to say next, most likely an uncomfortable silence would ensue and the whole conversation would take a pretty embarrassing twist.

So, all in all I warmly recommend you to be repetitive when having your English conversations, my friend, it WILL make you more fluent! 😉