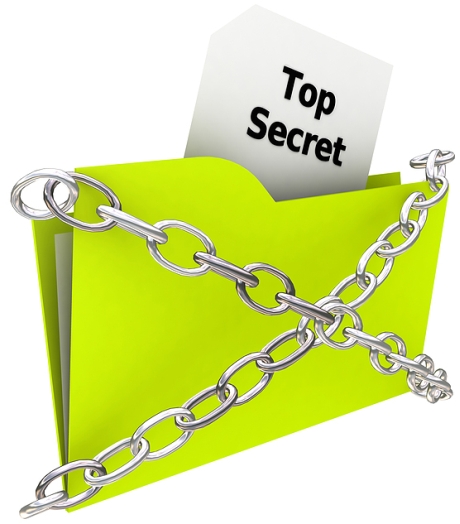 1. Sometimes I still mix up English personal pronouns ‘he’ and ‘she’.

I know it may sound silly, and some of you might think – “Hold on, there’s something dodgy going on… How come somebody who speaks fluent English can be making such simple mistakes?”

You should never judge a foreigner’s abilities as an English speaker by the mistakes they’re making regardless of how simple they are!

The fact that I can speak fluently doesn’t mean I’ll be getting the basics right 100% of the time.

Especially considering times when I’m a little bit stressed out and I have to make my point very quickly. That’s when I may make a few mistakes and referring to a female person with the personal pronoun ‘he’ is one of them!

By the way, I have an explanation for that.

Back in the school days when I studied English from textbooks, the two pronouns ‘he’ and ‘she’ always came together in the personal pronoun lists, and a wrong vocabulary association was created during all those thousands of times I had to repeat the two pronouns one after another:

Apparently the habit of pronouncing the two words ‘he’ and ‘she’ together is ingrained so deep into my subconscious mind that even after all these years spent living in an English speaking country it’s still strong enough to cause me make such a simple mistake every now and then!

2. I choose to speak with my native accent just because it’s more convenient for me!

It’s been pointed out to me on countless occasions that I speak with a noticeable East-European accent.

Could I make effort to improve it and sound more like a native speaker?

Am I bothered by it enough to take action and make effort to sound more like a British, American or Irish English speaker?

You see – my pronunciation isn’t that bad. I don’t roll my “r’s”, I don’t pronounce “w’s” as “v’s” and my “d’s” and “t’s” are much softer than they’re pronounced in my native Latvian. In other words, when I speak in English, I DO CHANGE the way I sound.

Speaking with a certain English accent, however, requires an awful lot more work than just that, and I simply haven’t had enough dedication, motivation and practical need to do it.

Moreover, I’ve noticed that I perform best in terms of my spoken English fluency when I don’t focus on my pronunciation, and that’s why you can hear me speaking with a certain dose of Latvian accent in my videos.

3. My second language is Russian – not English!

As a child I grew up in a bi-lingual society and I don’t even remember learning the Russian language. I’ve been able to speak it ever since I can remember myself, and it was out of a practical necessity. I had Russian speaking friends and the whole local society operated on a bi-lingual basis so I never really had an option not to learn Russian.

Why am I telling you this?

Well, the point is – when it comes to learning foreign languages, practical necessity is the driving force behind 99% of folks who learn a language to fluency!

Yes, there are language learning enthusiasts who learn languages because of other reasons, but for the most part practical necessity dictates how good you will be at a certain language.

My spoken Russian at the moment, for example, is much worse than my English because I use the English language all the time yet I haven’t used Russian much ever since I moved to Ireland 10 years ago.

My Russian comprehension is still very good and I can understand everything I’m being told. When it comes to expressing my thoughts and opinion, however, it doesn’t stand close to my abilities as an English speaker.

Well, considering how much I speak in English on a daily basis, one could argue that it’s my first language de facto!

8 hours a day speaking in English at work plus all the self-practice sessions definitely results in more English being used be me than my native Latvian. And just as well, because I know for a fact that I’ll never forget my native language but I need every opportunity to practice my spoken English in order to achieve a complete fluency of the language.

When I moved to Ireland my kids were just four years of age which means they were thrown into a pre-school class alongside Irish kids and they had to pick up English the natural way – by communication.

By the time they had to start the first class, they spoke fluent English and were able to communicate using the English language as if it were their first language. And it’s hardly surprising considering they were spending half of their time immersed in an English speaking environment AND they didn’t learn the English language through their native language.

To be honest with you, it came as a shock to me seeing my daughters speak more fluently than I could at the time.

You see, while they spent most of their time SPEAKING in English, I was focusing on vocabulary acquisition, grammar studies and reading. No wonder my fluency improving attempts failed and my daughters quickly surpassed my ability to speak fluent English ❗

Now they’re 15, and they speak English just like their Irish counterparts. And when they come home from school, quite often they keep speaking in English with each other just because it’s become second nature for them!

5. I can’t remember when I opened my English – Latvian dictionary for the last time…

I have a number of huge English – Latvian and Latvian – English dictionaries sitting on my book shelf gathering dust. And I mean it literally – because I haven’t touched them in years, believe it or not!

It’s quite simple – ever since I realized the importance of acquiring new English vocabulary THROUGH ENGLISH (as opposed to memorizing translations in my native language), I stopped turning to my native language for help.

One of the key factors determining one’s success as an English learner is the ability to separate the English language from one’s native language. If you can think solely in English terms, your chances of verbalizing your thoughts in English are much better than if you keep referring to your mother tongue and then translate it into English.

Now I only use online English dictionaries and if I come across new vocabulary or idiomatic expressions, I look up their meanings explained in English.

I’m a big book lover, and a part of me feels a bit saddened when seeing all my dictionaries lying on a bookshelf without any use…

Yet I value my English fluency and confidence much more, so I don’t think I’ll ever open those comprehensive compilations ever again.