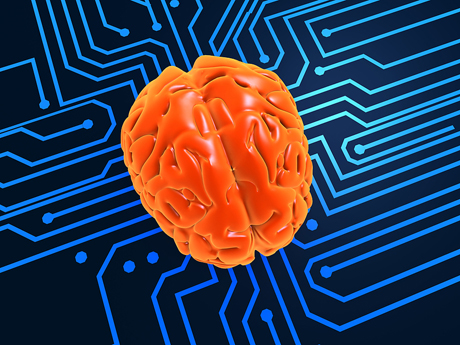 I’ve highlighted the importance of learning English collocations in many of my previous blog posts; this time let’s look at what happens if you create wrong associations in your mind between words in English as well as in your own language.

If it doesn’t sound believable, just think of such quite a realistic situation.

An ESL student is learning how to conjugate the verb ‘to be’ so he’s reciting the string of words “I am, you are, he, she, it is, we are, you are, they are…” in order to memorize the personal pronouns with the respective form of the verb ‘to be’.

Now, when the student has repeated the aforementioned sequence of words for a good number of times, it imprints itself into his mind, and the desired effect has been achieved. Of course, for those words to stick with the student permanently, he needs to go back to them the next day, and then after a few more days – that’s the basic principle of spaced repetition.

Anyway, the job is done, and the English student is now capable of using the verb ‘to be’ in real life conversations, isn’t that right?

But now let’s try to remember how many times you’ve heard a foreign English speaker mix up the two personal pronouns – ‘he’ and ‘she’ – when speaking? I would say it happens quite often, and by the way – haven’t you made the same mistake at some stage during a quick chat in English? I have, and I have my own theory on why it happens.

It’s all because wrong association has been created between the pronouns ‘he’ and ‘she’ when repeating the words “… he, she, it is…” ❗

You’re training your mouth to pronounce those two words together in one phrase and later on even years after you were just a beginner English learner, you may catch yourself saying things like “You know, I haven’t seen her before. He… sorry, she… hmm… she is Jennifer’s sister and is going to work here for the next half year while Jen is away.”

Had there been a strong separate connection created between words ‘she is and ‘he is’ followed by a contextual example or an abstract image of a male and female, you wouldn’t be making such mistakes. Your subconscious mind would be used to describing activities where females are involved as “she is…”, so I’ll say it once again – it’s all about unnatural collocations, and I have loads of advice in store for you on how to avoid creating wrong associations in your mind!

Did it pique your interest? Then read on!

A sure-fire way to create wrong associations between words and concepts in your mind is cramming English grammar rules into your head.

When I had just arrived in Ireland I used to spend considerable amount of time studying English grammar. In essence, I was reading and memorizing grammar rules related to certain topics so that when engaging in a conversation, I could recall a certain rule and construct a correct sentence when speaking.

Not only was my general approach flawed – you can’t really expect to become a fluent speaker by constructing English sentences in your head while speaking – the very process of learning those grammar rules was wrong, too.

Let’s say for instance, I was looking at definite and indefinite articles – ‘a’, ‘an’ and ‘the’ and when to use them. These days I wouldn’t even try to comprehend why articles are used on certain occasions and why they’re not on others. I would just feel when they’re needed and when not based on my approach of mimicking native English speakers and on most occasions I would get them right. I know that sometimes I still use an odd ‘the’ when it’s not needed and omit one when it’s required, but then you don’t have to be a perfectionist to be a fluent English speaker.

When I was trying to be perfect and memorize every aspect of article usage, however, I ended up always analyzing my speech before I could actually speak out loud!

The strong association in my head between those grammar rules and related example sentences made me visualize the page in my notebook where I had those grammar rules taken down. So when I was speaking, I was going through the list of, for instance, the definite article ‘the’ usage and matching it up with what I was trying to say during a conversation. 🙁

My supervisor: “Robby, you see this order? It wasn’t posted to the customer today, so please make sure you do it tomorrow!”
Me: “OK, I’ll make sure we do it the first (then thinking to myself for a split second – “…hold on, ordinal numbers are used with the definite article ‘the’, isn’t that right? [during this the image of the actual page appears in my mind because of the visual association]) thing in the morning!”

You see, I would question myself nearly in every sentence during a conversation, and that would inevitably make my speech hesitant and unnatural. Not that there’s something wrong with pausing in a mid-sentence to find the best way of expressing your thoughts. But if you do it because of wrong associations in your mind that keep bothering you whenever you speak and make you question yourself, your English speech may indeed become quite messed up.

The previously mentioned example is just one out of hundreds and thousands of conversations which illustrate how such unnatural visual associations between grammar rules and the actual notes you’ve taken down in your notes may interfere with your ability to speak English.

Personally I have a well developed visual memory and so do many more foreign English speakers. When you learn English Tense tables, for instance, do you not tend to memorize the structure of the table, where every tense stands in relation to each other? Do you not tend to create your own personalized associations between certain English tenses and sample sentences so that you can remember on what occasions every one of them is used?

You see – that’s exactly what I’m talking about!

And you know what the only purpose of making such associations by cramming is? To pass English grammar tests, that’s what they’re good for! If you’re serious about your spoken English fluency, you’d better do away with such learning methods.

This is when it gets really bad. While the previous type of associations in your mind would result in you visualizing the actual grammar rule in a grammar book or your notepad, now we’re facing a different beast entirely.

Basically if you learn a new English word with its respective translation in your native language, you create a strong collocation between those two which facilitates using your language when speaking English. Believe me – it doesn’t get worse than that ❗

You’ll find it nearly impossible to think in English which is a prerequisite for fluent English speech, and your native language words will keep mixing together with English in your head. That’s when the English fluency issue manifests itself at its worst, and the thing that you want to get rid of most is the translation process in your mind.

Let’s say you just memorized a new English word ‘perspective’ by writing it down in your pocket dictionary followed by an explanation in your native language. This word sounds similar in many foreign languages, especially European, but if you come from a much different language background this word might not evoke any associations at all.

You simply won’t know HOW to use the word ‘perspective’ naturally if it collocates only with the respective word in your native language! There’s no other way for you to use that word than to think in your language and then construct an English sentence in your head right before you speak it out loud.

And if you’re thinking – “Hold on Robby, but that’s how English is normally taught at school?..” – you’re right. THAT is the reason why so many foreign English speakers are struggling with spoken English, and if you’re wondering HOW new vocabulary should be acquired properly, my answer is – by creating natural collocations.

IF you learnt the new English word ‘perspective’ by explaining it using other English words, first of all you’d eliminate translation process between English and your language, which is crucial if you want to speak English naturally and effortlessly. So instead of putting down translation in your language after the English word ‘perspective’ you should follow it by an English explanation – ‘a point of view’, or ‘a different way of looking at something’.

Secondly – you should learn HOW that word is used in English naturally, and there’s no better way to do it than by writing down English collocations containing that word. ‘To put things in perspective’ and ‘to look at it from my perspective’ would be very useful collocations, and if you memorize them you’ll be able to use the word ‘perspective’ like native English speakers would!