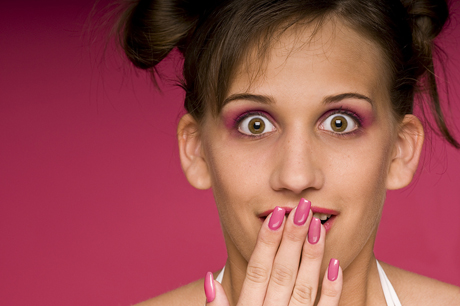 There are occasions, however, when being intentionally wrong is just fine, and just like everything else I discuss on my blog it pertains to spoken English for the most part. Also bear in mind that while you can afford using language illustrated in this article, I’m not encouraging you to adopt these mistakes as normal part of your speech to an extent that you nearly forget what the correct way of saying this or that particular thing is.

But then again – it all depends on your personal circumstances. If you use English exclusively as means of verbal communication at work, for instance, and in other informal settings, and you don’t have to write or be involved where formal language is used – I don’t think your English should be judged by how grammatically correctly you speak.

Yes, I don’t think you should aim for grammatical perfection because I’m a firm believer in being practical and using the English language the way you need it. You don’t have to subject your spoken English to the whims of academically minded perfectionists!

One way or another, I think you should read this blog post to see which English grammar mistakes have seeped so deep into the spoken language that they can hardly be considered mistakes at all.

At least when someone points them out to you, you’ll be able to respond with confidence – “Common, it’s OK to say that, it’s not a big deal!”

1. Referring to plural nouns in third-person singular of the verb ‘to be’. 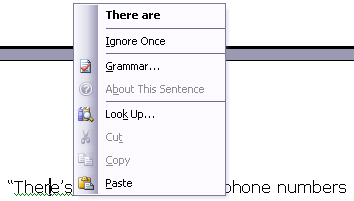 “There’s two types of free phone numbers – 1300 and 1800.” As I type this sentence, the spellchecker built into MS Word offers me to correct this mistake and of course “There ARE two types…” is the grammatically correct construct.

Well, normally I wouldn’t be bothered correcting it even when writing a blog post for my website simply because it’s acceptable for spoken English, and personally I write as I speak. Writing a more formal piece would be different, however, and as I said earlier – you have to know proper grammar, but you also have to know when you can afford being selective and choose not to be 100% correct!

2. Not observing correct word order in interrogative sentences beginning with a ‘wh’ word (‘why’, ‘where’, ‘when’ etc).

If I asked you which one of the following is the grammatically correct sentence – “Why it’s happening?” or “Why is it happening?” – you’d say that the latter one is the proper way of forming the question, right?

That’s correct, but did you know that in casual conversations no-one would pay much attention if you went with the former one – “Why it’s happening?”

I’m guessing the reason why it doesn’t sound way too wrong is because such a grammar construct does actually exist as an embedded question. If you precede the question with a few more words, it becomes grammatically correct to use the standard word order – “Can anyone tell me why it’s happening?” The reason for this is because the question becomes a noun clause within a larger, complex sentence and the reverse word order isn’t necessary in that case.

“Where we’re going? I thought we had to go back home to fetch the schoolbooks and then go to the college?” If you go by the English grammar textbook, “where ARE we going?” is the grammar construct you should use. When you have a real-life conversation with someone, however, “where we’re going?” is totally acceptable because it’s much easier and faster to say!

3. Dropping the auxiliary verb “to be”, “to have” and “to do” from the beginning of an interrogative sentence.

All the examples above have one thing in common – they’re statements used as questions and it’s very, very common in spoken English. In fact, one might not regard this as a grammar mistake at all if you consider that all you’re really doing is just adding a different intonation to a statement thus making it a question.

And if you think about it, you can actually take ANY statement and change its meaning just by using different intonations; changing the word order according to the intended purpose might be a secondary consideration on certain occasions. Especially if the person repeats the initial sentence and makes it into a question simply by adding their emotions to the response:

“Mark got a raise” – simple statement with no emotions.
“Mark got a raise???” – the other person finds himself in a state of shock and disbelief; he repeats the initial statement and makes it into a question without changing the word order.