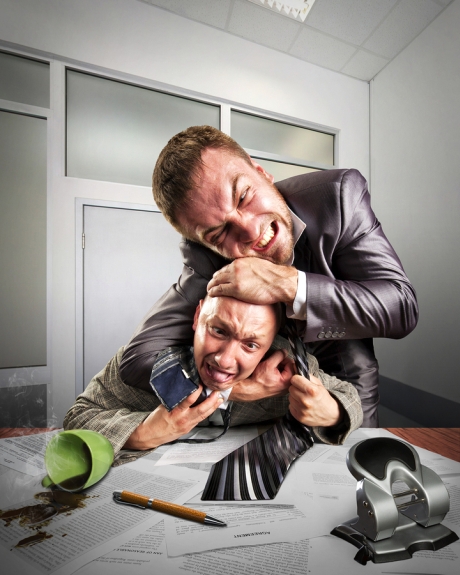 Oftentimes we foreigners feel we struggle to say the right thing during a conversation with other English speakers.

Or – we struggle TO SAY THINGS RIGHT which isn’t the same exact problem as the aforementioned one. In the first situation you don’t how WHAT to say, but in the second one you’re struggling to say in RIGHT.

Nonetheless, the problem of struggling to have a fluent, free conversation in English with someone is often just a matter of perspective.

While inside your head you’re all confused and frustrated by your inability to speak just as fluently as you’d write, your conversation partner mightn’t actually see your seemingly flawed speech in the same light!

So why not just cut yourself some slack, and speak without worrying about mistakes you might be making or things you might be saying in a way natives don’t normally speak?

I believe you’re much better off feeling free and make mistakes rather than struggle every time you have to speak in English… and still make mistakes!

What Exactly Does ‘Struggling When Speaking’ Mean?

This may sound like a nonsensical question, but please give it some thought before jumping to conclusions.

Think back to a few of those occasions when you felt yourself struggling when having a conversation with someone.

Try to DEFINE EXACTLY what you had difficulties with.

Try to remember what emotions you were experiencing.

I’ll do my own analysis here, and you can compare and see if yours is similar to mine in any way, shape or form.

When I struggle during a conversation with other English speakers, I feel as if everything I want to say is trying to get out of me, but I just can’t get it over my lips.

I have a tingling feeling in my chest, I’m aware of what I should say, and I kind of know what I will say. When it comes to actually saying it, it feels as if the words just get mixed up by themselves, and they come out of my mouth distorted.

So that’s what I would define as ‘STRUGGLING’ when speaking in English.

There are a number of reasons behind English fluency issues.

Trying to match others in terms of speed and pronunciation.

Trying to come up with a direct translation from your language.

Or trying to speak with a native-like pronunciation.

All these reasons, however, have a common feature. They’re all manifestations of your striving to get your speech PERFECT.

Well, it’s not a bad thing in itself, but when it takes over you to an extent you can’t control it anymore, that’s when the problems begin.

Basically I believe that trying to be perfect is responsible for most of our struggling when speaking with other English speakers.

Throughout my life in an English speaking country I’ve met plenty of foreigners speaking fluent English AND making some mistakes while doing so. Also, I’ve met a number of perfectionists who’ve been speaking as if reading from an English textbook but their English was oftentimes less fluent and they were struggling an awful lot when speaking.

Do you want a few pieces of advice from a former perfectionist?

This whole fluency thing is a very sensitive mental matter.

A native English speaking teacher may not even realize what’s going on in a foreigner’s head when they’re speaking in English; 99% of them will perceive all mistakes and struggling in purely technical terms and tar them with the same brush.

Have you ever been told to avoid making mistakes at all costs but sometimes when you do so, you only find yourself making more and more of them?

I believe that mistakes and struggling don’t fall into the same category.

Making mistakes means you’re allowing yourself to improvise and you’re not afraid of using different means of expression.

Just think about it – don’t you have to step outside your comfort zone to keep developing and improving your English? Of course you have to, and mistakes is simply an indicator you’re trying to say something new, something you’ve heard somewhere and now you’re trying to mimic that and make that speech pattern yours. You can’t always nail it, quite naturally, so that’s when a mistake might occur.

Please note – I’m not talking about making the same mistakes all over and over again and not learning from it. It’s called ignorance and unwillingness to learn and improve ❗

Here I’m talking about mistakes that will naturally occur when you’re constantly trying to speak in English the same way you’d speak in your native tongue.

Basically you have 2 options here.

Believe me – the second option is so much more natural and liberating!

Don’t be thinking – “Robby wants me to speak in flawed English? Surely I’ll make those mistakes my second nature and I’ll never be able to get rid of them!”

I strongly believe that once you’ve got a good grasp of Basic English Grammar (and if you didn’t – you wouldn’t be reading my blog now!), you already know what’s correct and what’s not.

So every time you make a mistake, you’ll notice it.

Now, I’m not telling you – ignore the mistake and don’t learn from it.

You already know what’s correct and what’s not. Given the opportunity to speak very slowly or write it all on a piece of paper you’d be making almost no mistakes, isn’t that right? So, if you freak out every time you make a mistake when speaking with real people in real life, it’s not going to teach you anything!

It’s only going to add to your mental pressure and you’ll find it nearly impossible to deal with your English fluency problems.

Instead of being the perfectionist and constantly checking your own speech as you speak, try just to speak for a change and not to worry too much about HOW you say this or that particular thing.

Funnily enough, you’ll notice that by allowing yourself to make mistakes you’ll be making less and less of them! 😉