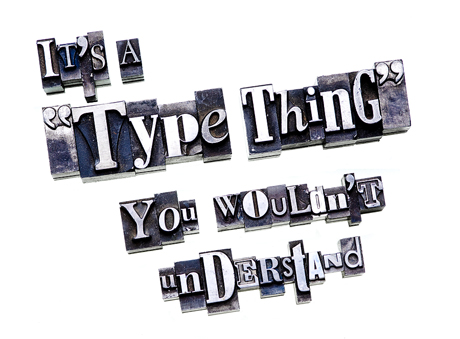 We foreign English speakers often speak too complicated. Why go the extra mile every time you want to say something and explain the whole situation in the very detail?

The first sentence details the topic you’re discussing; the second one gets straight to the matter without wasting much time on explaining what’s already known to both people involved in the conversation. Also, it sounds more friendly and casual, and you can definitely ease any tension that’s present between you and the person you’re taking to ❗

Say for instance, you find yourself sharing a launch break with someone you haven’t spoken a lot with, so you’re a bit uncomfortable with that person. Then he or she makes a casual comment about something going on in the company, it’s just small talk really. Now, if you respond with “Yes, the whole thing looks pretty bad all right!” it’s going to sound much better than “Yes, I agree, there’s not enough resources available to our management to complete the new building”.

The first phrase is a very common way of confirming the other person’s opinion and sounds friendly enough. You really don’t need to repeat what the other person said to you, so a short phrase “The whole thing about…” is totally OK as a reply.

Of course, if you’re having a formal conversation you wouldn’t risk being taken for a person with bad manners, so you would probably explain everything in more detail. If you’re chatting with a friend of yours, on the other hand, why beat around the bush? It’s so much more convenient to use the amazing English word “THING” to describe nearly everything you want!

Yes, if you just think about it, you can use “THING” in plenty of small talk phrases, and it makes it so much easier for us foreign English speakers to communicate effectively.

The thing is that … – this is a great way to start explaining your point when someone asks you to explain something. A more formal way of responding to a question would be “The reason for… is the following…” or “Let me explain you why…” or whatever would be the most fitting sentence for a particular occasion. “The thing is that…” is a universal phrase you can use in nearly all situations when you’re asked to explain something!

The funny thing is that… – here’s a variation of the previous small-talk phrase, and pretty much the only difference is the word “funny” attached to the phrase which makes it useful in situations when you’re describing something ironic. For example, you’ve gone to the gym with your friend and just before entering the shower you’re saying: “The funny thing is that I forgot to put the towel into my gym bag… How am I going to towel off now?!”

Here’s the thing … – this English small talk phrase is a brilliant way to start a conversation if you want to make an offer, ask for a favor or advice, or explain a problem. “OK, here’s the thing – I can’t make it to 9:30 tomorrow morning, can you fill in for me?”

How are things? – a typical greeting phrase you can use when addressing people you’re familiar with or if you get to know them in a less formal setting – “Hi Tom, how are things?” You can also say “How’s things?” – and don’t get confused by bad grammar in the phrase. Conversational English is full of grammar “mistakes”! 😉

Things are looking up – means that you’re satisfied with your life and everything seems to be happening for the better.

Things are pretty bad – this is what you’d say if you’re asked “How are you?” or “How are things?” and you have to admit that you’re in a pretty bad situation at the moment. Normally though, unless you’re in really deep trouble, don’t start crying on someone’s shoulder. On 9 occasions out of 10 the average person would say that everything is fine even if they had some issues. It’s a way of programming yourself for success ❗

There’s one more thing – just another way of saying “I have something else to say in this regard”.

English Collocations With the Word “THING”

Do the right thing – this is a typical way of saying that one has to do what’s right and listen to one’s conscience.

Sure thing – this collocation which is also an idiom at the same time (but do we really need to know what exactly it is to be able to use it in real life conversations?) can be used both as an affirmative reply and part of a sentence where you explain that something is very certain. So if your friend invites you round to his house tonight, you can tell him – “Sure thing!” And if you’re asked what type of a beverage you’re going for, your response could be “Come on, don’t you know beer is a sure thing for me?”

Type thing – similar to a collocation “sort of thing”. Most commonly used in phrases beginning with “It’s a type of thing…”

Nicest thing – I’d imagine this collocation is normally used by girls in phrases like “That’s the nicest thing anyone has ever said to me!”

It’s a thing of the past – you can use this phrase to refer to traditions people don’t observe any more, or when talking about outdated things in general. “Analogue phones are the thing of the past, and now it actually would be cool to own one!”

To have a thing for – you can use this English idiomatic expression to refer to someone having a crush on a member of the opposite sex. Typically it’s used when talking about some guy liking a girl – “I think Jesse has a thing for Jessica, but he’s too shy to admit it!”

“THING” Can Substitute Nearly ANY Word You Don’t Know!

It’s not uncommon for native English speakers to use the word “thing” instead of finding the right word – especially if they’re in a hurry. I’m not saying you have to start speaking using super-simple language – my point is that you don’t have to stress out whenever you’re stuck for words.

“Can you pass me that thing, please?” is a typical example of how you would ask your work colleague to give you a hole punch from her table if the name of the item had slipped your mind. It does happen to me every now and then and instead of trying to strain my memory to remember the name of the particular item by all means, I just point at it and use the word “thing”.

Here in Ireland, by the way, we have another word for “thing” which is “yoke”. It’s got nothing to do with the English word “yoke” because its origins are in the Irish language, I guess. Anyway – it’s used quite often in small talk and practical conversations. I recall an Irish work colleague of mine once complained that everything for her son is “yoke” these days – yoke this and yoke that. Well, it goes to show that once even natives go into such “extremes”, it’s totally OK for foreigners like us to use “thing” here and there when having a quick chat with someone! 🙂