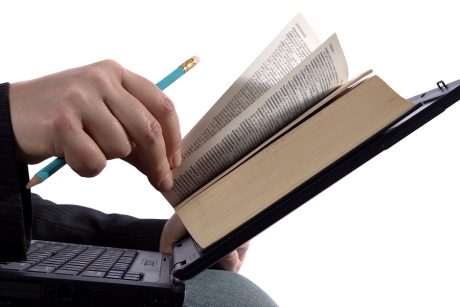 When I was a kid and only started to familiarize myself with the basics of the English language, one of the first English words I learnt must have been the verb ‘to put’.

Why I think so?

Well, I remember translating the name of one of the Tom & Jerry cartoons called “Puttin’ On The Dog” in my notebook, and it would have been one of my first encounters with the English language.

Shortly after, I was introduced to Ogden’s “Basic English” and the verb ‘to put’ was one of the 850 English words you would have to learn to become a competent English user.

Ogden’s key principle was simplicity and he claimed that it is possible to paraphrase any English sentence using only 850 Basic English vocabulary words.

I’ll admit that on many occasions important connotations are lost by reducing concepts to the Basic English vocabulary, there is no doubt about it. Let’s say for example, “He was shot in the head” would become “They used a gun to put a small metal thing in his head”. See what I’m talking about? Still, it’s a great example of how ANYTHING can be explained using very simple words so lack of vocabulary is really no excuse for not being able to explain something in English, my friends foreigners!

How does this all tie in with the headline of this article?

You see, the thing is that English verbs such as ‘to PUT’ and similar play an important role in helping struggling foreign English speakers to ride over bumps in their fluency ❗

When you struggle to express your opinion in English using vocabulary you would normally use, it’s very easy to paraphrase more complex verbs by using ‘to PUT’ combined with the appropriate noun.

Can’t think of the verb ‘to return’? Use ‘to put back’ instead!

Got stuck in the middle of a sentence because you just can’t describe the concept of forgetting painful experiences and moving on? (different phrases – “get over it”, “just forget about it” – are floating in your mind but you can’t seem to use the right one in that split second?) Use “put it behind you” instead!

And, considering that you are by no means limited to Ogden’s 850 words, it’s not hard to imagine that your speech is not going to sound too simplistic because of it!

You can say things like – “Put a bullet in his head” – which is a totally valid English expression without the risk of sounding as if your English vocabulary consists of only 850 words.

So, the English verb ‘to PUT’ comes in very handy when you have to rephrase a more complex concept while in a middle of a conversation. And bear in mind that now I’m not talking about phrasal verbs whose meanings can’t be guessed: “To put up with”, “to put off” and similar.

Here I’m talking about using the verb ‘to PUT’ as a means of describing real, physical movement in a very simple way.

“Can we put the chairs in the hall for the time being?” instead of “… move the chairs to the hall…?”

As you imagine, nearly every verb that describes a movement from a point A to point B can be replaced by the verb ‘to PUT’ 😉

You can also use the verb ‘to PUT’ to describe abstract concepts when you’re struggling to put your thoughts into words.

Actually I just did it in the previous sentence, did you notice that? Instead of saying “to verbalize your thoughts” I said “to put your thoughts into words”.

So if you use the verb ‘to PUT’ to describe such and similar actions in situations when you can’t think of the right English word to say, on 9 times out of 10 you won’t sound incorrect!

Please note the last example – “put my needs above yours”. It clearly depicts that the verb ‘to PUT’ allows you to manipulate with abstract concepts as if they were physical objects; basically you have to imagine you’re literally putting your needs on top of others and then it becomes so much easier to verbalize those concepts.

You can only use the verb ‘to PUT’ to describe actions where there’s some sort of a movement involved (words come out of your mouth and move toward your conversation partner; your boss ordered you to walk to the packing line; your needs move up the importance scale etc.).

You have to use other verbs – ‘to make’, ‘to get’, ‘to become’ – when replacing verbs describing a structural change of the discussed subject (needs are getting bigger, something is becoming more important, to make someone sad).

Basically you can use the verb ‘to PUT’ IF you can speak of the abstract objects as if you’re moving them as physical objects.

When someone becomes sad because of you, are you ‘moving’ anything? No! You just MAKE them sad, hence the word ‘to make’.

I hope you get the drift 😉

The main point I’ve been making thus far in this article is the following:

When you’re struggling to describe an action of an actual or abstract movement during a conversation, the verb ‘to PUT’ is your safest bet and you can use it to describe quite complex concepts in an easy way ❗

There are, however, LOADS of ready-to-go word combinations consisting of the verb ‘to PUT’ used by native English speakers – I’m talking about phrasal verbs here. Many of them are quite straightforward (‘to put back’ obviously means to put something back), many just need to be learned (‘to put off’ means to leave a job or a task for later) so that you can use them as part of your English conversations adequately.

Here are some of them!

Put forward – to make a suggestion. “During the meeting a lot of ideas were put forward by a number of regional managers but they were all rubbished by the chief executive.”

Put somebody down – to disapprove of someone’s performance, or behavior. “My team leader always puts me down so now I’m not even trying to exceed out targets!”

Put together – to build something. See how simplistic this phrasal verb is? Just think about it – when you build something, you actually do PUT STUFF TOGETHER, right? “I’ve never put together any flat-pack furniture, but I’ll give this simple PC desk a go!”

Put up with – to be OK with something that irritates or annoys you. “Listen, I can’t put up with Mark’s constant whistling, I’m going to tell him to stop doing it!”

Put through – used when someone makes another person to go through difficulties. “My husband has put me through a lot during the ten years of our marriage, so now I’m going to get a divorce and get on with my own life!”

Put through – another meaning of the same phrasal verb – ‘to connect with another person during a phone call’. “Hi, I’m calling in connection with my latest electric bill; can you put me through to the billing department, please?”

Idiomatic Expressions With the Verb ‘to PUT’

Usage of the universal verb ‘to PUT’ hasn’t been exhausted yet, my dear friend foreigner!

There’s a handful of unique idiomatic expressions I want you to look at containing the word ‘PUT’. You just have to learn their respective meanings and you’ll be able to put them to good use for sure! (He-he, did you notice I just used one of them?)

Put to good use – use this phrase to describe when something is used well and at its full potential. “Make sure you put your survival skills to good use when you go for your backpacking trip!” Once again take a note of how simply the abstract concept is described in this phrase – instead of using more complex verbs such as ‘implement’ or ‘utilize’ you can just say ‘put to good use’. Brilliant, isn’t it?

Put my finger on it – when you can’t really tell what is wrong or what has changed, but you have a feeling that something isn’t right, you can say: “There’s something different about Jack today, but I still can’t put my finger on what exactly it is!” This idiom comes from a real world when you can actually put your finger on something you can spot, so people started using it figuratively (when speaking about abstract concepts).

Put too much thought into it – have you ever done a lot of thinking about something only to realize it wasn’t worth your time and effort? It’s exactly the type of a situation when you can use this expression. “Don’t put too much thought into planning the project before you’ve been even granted the permission to go ahead with it!”

Stay put – stay where you are for the time being; don’t move. “Stay put till I tell you to start walking, I’ll think of something to distract the dog!”

Put a stop to – simply means to stop! This expression is actually longer than its meaning, but it can be very well used to emphasize that something REALLY needs to be stopped. “Listen, this bullying has been going on for way too long – we need to put a stop to it!”

How to put it… – this is one of those hesitation phrases that will help you to buy a little bit of time before you start formulating your answer. “Well… how to put it… You see, it’s more complicated than you think it is!”

Nicely put! – simply means ‘nicely said’. The verb ‘to PUT’ in this context means ‘to say’ as in – “you can put it in your own words.”

Put something behind you – forget about something, usually bad experiences. “I know the loss of your spouse still hurts even after all these years, but I think now it’s time to put it all behind you and move on with your life!”