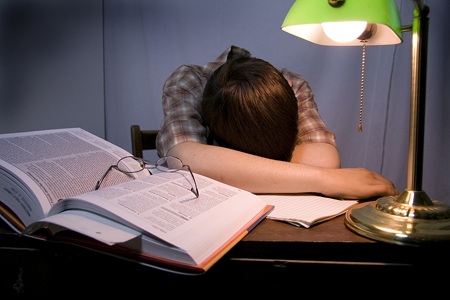 When I used to cram plenty of new English vocabulary words using the wrong techniques (memorizing meaning of the word in my native language, memorizing many meanings of the same word at once), I also memorized loads of irregular English verbs. I had a list of them written down in my notepad and every now and then I’d go back to them to review the irregular verbs and make sure I knew every single one of them.

Many years have passed, but I haven’t had a real need to look at the English irregular verb forms since. Do you think it’s because I’m so good at it that I remember all of them? I’m sorry to disappoint you, but it’s not the reason (to be honest with you – I remember all of them as part of my passive vocabulary; active vocabulary is a different story altogether so keep reading to find out why you don’t necessarily need to know ALL irregular verb forms…)

The real reasons are of a more practical nature – when I swapped English studies for speaking English in real life, I realized that a big part of those irregular verb forms aren’t used in day-to-day conversations at all! It’s a typical 80/20 rule in action, and to put things in perspective, just think back to when you used, say, Past Participle “sewn” of the verb “to sew” when speaking with someone.

Personally I’ve heard it used just ONCE over the two and a half years spent in a knitwear manufacturing company where there’s thousands of garments parts being sewn together every day!

And you know what the funniest thing is? The person who said it (by the way – it was a native English speaker), didn’t use the irregular Past Participle form “sewn”. He used “sewed” instead and I remember thinking to myself “Why on Earth did I ever clog up my brain with unnecessary irregular English verb forms like “sewn” if I don’t use them at all?”

Also, I realized that there’s so much more to the irregular verb forms, especially Past Participle, than I originally thought. Years ago I learnt them to use when speaking in my translated-from-my-native-language English. I would therefore focus exclusively on the literal meaning of the Past Participle; so for instance, “broken” for me would only be a word that describes a finished action of the word “to break” as in a sentence “I have broken my promise.”

But what about word combinations like “broken down”, “broken dreams”, “to sound like a broken record”? All these English collocations have the word “broken” in them yet they don’t represent Perfect Tenses that English students traditionally associate the Past Participle form with ❗

If you learn such collocations by heart, you’ll instinctively know when to use the word “broken”, and that’s what fluent English is all about! Of course, you have to know how to use the irregular Past Participle when forming Perfect Tenses and also Passive Voice – “my car wasn’t broken by me”, for example – there’s no question about it!

All I’m saying is that if you learn to use irregular verb forms as part of useful phrases rather than purely as a string of words – shrink, shrank, shrunk – your chances of using them as part of fluent English are much, much bigger.

At the time it seemed like a great idea – to learn all irregular words by heart. I thought I was doing a great job and facilitating my English fluency improvement. What I was actually achieving was in a stark contrast to my original aspirations…

Whenever I used an irregular verb – even its base form – in a sentence, I would involuntarily bring up all three forms of that verb in my mind. I just couldn’t help it because I had spent so much time memorizing different verb forms in three’s and I would also visualize the respective line from the irregular verbs list.

So whenever I had to speak, I’d see all those tables and lists in front of my eyes and as you can imagine it didn’t make speaking an easy task! I’d get the monkey-mind syndrome when your mind seems to be stuffed with words and phrases floating around in all directions making it nearly impossible to create a coherent speech.

Basically there are two issues associated with cramming English irregular word list into your brain. First – you’ll only ever use a fraction of them in real life conversations. Second – you’ll create unnecessary associations among the three basic forms of the verbs themselves instead of learning the most useful ones of them contextually ❗

Moreover, you’ll be hard-pressed to remember if the particular irregular verb has identical Past Simple and Past Participle forms, which is going to put even more strain on your attempts to speak fluently and coherently.

Let’s say you recently memorized the basic forms of a verb “to bind” – bind, bound and bound. These and many more irregular English verbs and other vocabulary words are floating around your brain, and when you’re speaking, you’re frantically trying to pick some words of your newly acquired vocabulary.

Now, you are actually limiting your ability to express your opinion and comment on things because all you can think of when it comes to the word “to bind” is the process of binding something together. Yes, it is the main meaning of the irregular verb “to bind”, but tell me – when was the last time you encountered a practical situation when something was actually being bound together?

There’s a big chance that by the time you’ll have an opportunity to use the word “bound”, you’ll have to strain your memory big time to remember it and incorporate it into your speech. Also, you have to always remember that every language is different and you can’t translate across languages directly. “To bind” might mean the same thing in your native language, but when used in context some other words might replace it.

For instance, if you find yourself in a helpless situation, you may want to say “my hands are bound” meaning that you can’t do anything. The similar saying in English, however, doesn’t use the verb “to bind”; “my hands are tied” is being said instead. You see, oftentimes English idioms have the same or similar meaning in both English and in your native language, but you just have to know the EXACT words collocating and forming the phrase or saying. The word’s “bound” meaning is similar to “tied”, yet you’ll sound more natural saying “my hands are tied” – which is what native English speakers would say 😉

So when would you use the Past Participle of the irregular English verb “to bind”? Well, there is an English idiom where the word “bound” is used naturally – “it’s bound to happen” meaning that something is very likely to happen.

So here’s what I suggest – instead of memorizing irregular verb forms – Base form, Past Simple and Past Participle – in collocation with each other, memorize them as part of naturally occurring collocations! That way you’ll be able to remember them much better and also you’ll be able to use them naturally and easily instead of straining your brain and translating directly which is never a good thing when speaking in English!

Now I’ll take a few English irregular verbs and try to remember how I use them in my daily conversations – I hope there will be some useful collocations and idioms for you to pick up!

Arise – I’d use the Past Simple form of the verb “arise” in a sentence like this one “… and then a new problem arose – my laptop’s cable stopped working.”

Bend – Past Participle “bent” is used in an idiom “hell-bent” meaning obsessed with pursuing a goal or a dream, very determined. “He’s hell-bent on winning the next competition, let’s hope he succeeds!”

Bring – a phrasal verb “to bring up” meaning two things:

When you learn these phrasal verbs, use all three forms in a sentence as part of this phrasal verb and repeat the respective phrases till you become very comfortable saying them out loud automatically.

“Let’s bring it up in the next meeting!”
“I brought this issue up with my supervisor but he pretended not to hear me and went off topic.”
“I was brought up differently; I don’t understand kids these days!”

Deal – I’d use the Base Form, Past Simple and Past Participle as part of a phrasal verb “to deal with”. “How can we deal with it?” “I dealt with the issue swiftly.” “It’s been dealt with.”

Hang – I’d use the Past Participle “hung” as part of an idiom “hung up” meaning anxious, too worried about something. “Don’t be hung up on getting every grade as high as possible. Just do your best and you’ll be fine!”

Run – a phrasal verb “to run off” meaning to make copies of some document – “Can you run off 30 safety check sheets for me, please?”

Run – a phrasal verb “to run out of” meaning to use up some kind of supplies – water, gas, or food. I use this phrasal verb in the Past Tense mostly to tell stories about past events and make hypothetical statements – “I’m late because I ran out of gas on the way to work.” “What can I give to my tropical fish if I ran out of fish food?”

Run – Past Participle which is the same as Base Form – “run”- forms an idiom “run-down” – very tired. “You seem run down, what did you do today?”

So whenever you learn a new irregular English verb, don’t just cram it into your brain along with the Past Simple and Past Participle forms. For every one of those forms look up relevant phrasal verbs, idiomatic expressions and collocations incorporating that word so that you can use the new irregular verb naturally ❗