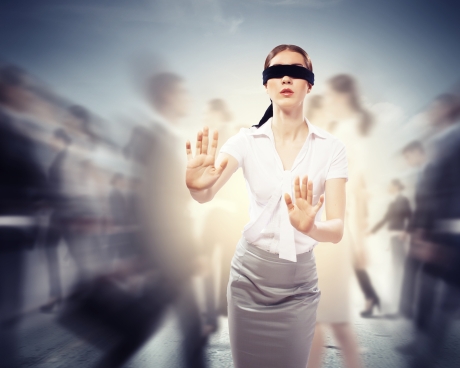 I’ve been the target of such judgmental, opinionated thinking myself as well as witnessed other foreigners becoming targets of unfair treatment just because they didn’t understand what they were told or weren’t able to say something in English, and here’s a typical scenario of how such treatment manifests itself:

They have no idea that it’s impossible for foreigners to learn English by listening to very fast speech spoken by locals so they don’t even bother slowing their speech down thus making it impossible for the non-native speaker to understand them.

They think that English is somehow “picked up” by foreigners simply being around English speakers, but in reality nothing could be further from the truth.

One has to make a lot of CONSCIOUS effort in order to learn English and be able to understand others as well as speak the language, and it requires many hours of spoken English practice to get to a level where the foreign English speaker can finally start speaking with other people in English comfortably.

Some native English speakers may have been lead to believe that picking up English is fairly simple by the analogy of small foreign children of pre-school age – they start speaking in English pretty fast once they start going to a kindergarten or school so surely adult foreigners should be capable of the same, right?

You can’t really compare small children with adults because children have no fear of making mistakes and they can speak ALL THE TIME thus improving their English very fast whereas for many adult foreigners at work opportunities to speak are quite limited – not to mention the embarrassment and judgmental treatment which are LIMITING their potential.

All in all, learning English is quite a tricky process for the average foreigner, so let’s look at the various aspects of it a little bit deeper.

“How Come Your English is So Bad?”

It implies that there’s something WRONG with that person, it makes it sound as if that person’s intellectual abilities aren’t sufficient in order to learn English properly.

Nonetheless, this is how many English speakers’ skills are branded:

I guess it goes without saying that when a person hears their English being referred to using such and similar negative descriptions, it damages their self-confidence big time and it can have far-reaching consequences in terms of their ability to learn and improve their English in the future.

I would like to ask the following question to all those people – native and non-native English speakers alike – who call other people’s English “bad” and “poor”:

“How would you feel if I called you FAT in case you’re overweight?”

To me it’s the same thing – calling someone FAT doesn’t really motivate people to lose weight and describing someone’s English as being BAD isn’t the best motivator to learn and improve English!

“How Long Have You Been Here?”

This is what one of my native English speaking work colleagues told me about a foreign girl who didn’t understand what he said to her: “She didn’t have a clue of what I was saying, how long has she been here anyway?”

Now, this statement clearly illustrates a total lack of understanding of how language acquisition works!

First of all, just because the foreign girl didn’t understand him, doesn’t mean she doesn’t know any English. Years ago, when I just arrived in Ireland, I was also having a hard time understanding locals because of their unique way of English pronunciation – and to this day I can’t really figure out those native English speakers who will not make the slightest effort to slow their speech down and pronounce words more clearly.

Secondly, just because the foreign girl has been living in an English speaking country for a year or so, doesn’t mean she’s been actively engaged in English learning 8 hours a day over the last 365 days!

It’s actually possible for a foreigner to live in another country their entire lives and still not speak the local language if they don’t make the slightest effort to do so, so basically it all boils down to the TOTAL AMOUNT OF TIME spent on ACTIVELY being engaged in various English learning related activities:

And please don’t get me wrong – I’m not trying to justify those foreigners who’ve lived in the States or the UK for 10 years and don’t make any effort whatsoever to learn English and enjoy their lives through it.

All I’m saying is that the average foreigner will learn the English language based on its relevance to their PERSONAL lives and if they’re not FORCED into situations where they literally HAVE to open their mouths and start speaking, they just won’t do it – and it’s totally wrong to assume that just because someone has been in the country for X number of years, their English would somehow “imprint” into that person’s head.

This is what one of my previous supervisors said when I told him the person who he was talking to didn’t understand what he was saying due to his fast speech.

He’ll pick it up?

Would you pick up some Chinese in a short space of time if a Chinese speaker were to talk to you very fast?

Once again, a statement like that clearly depicts that a lot of native English speakers don’t have the smallest understanding of how one learns a language. If you just listen to very fast speech, it becomes an empty sound that washes over your ears – you can’t distinguish any individual words, nothing makes sense, and it only causes a lot of stress and frustration.

Basically native English speakers should understand that learning English isn’t as easy as they imagine.

Just because they’ve been talking to someone for a long period of time and that person still doesn’t understand them or can’t say a thing in English, doesn’t mean that the person in question is dumb and unable to learn.

Yes, on many occasions a foreigner’s inability to speak and understand can be attributed to their lack of effort (if ALL foreigners moving to English speaking countries engaged in serious English practice on a daily basis, then every single one of them would be good at English!), but then again – the point of this article is to bring about the awareness of the fact that English learning and improvement isn’t EASY, it’s not about looking at why many foreigners don’t make enough effort to learn the language.

Learning and improving English is hard work, and I really wish more native English speakers would be more understanding of this fact.

Being judgmental and condescending isn’t really the best way to encourage people to learn!