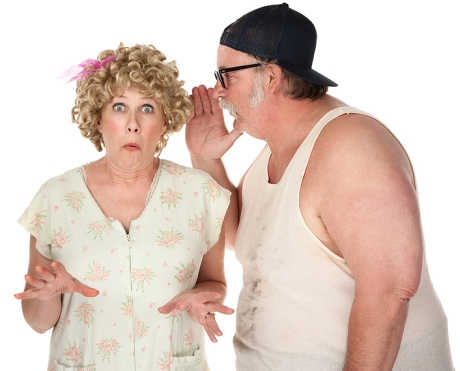 Whether it’s portraying Russians in Hollywood blockbusters or judging foreigners by one short conversation and assuming that their overall English fluency must be flawed because they’ve made a couple of awkward mistakes – there are a lot of misconceptions out there about us, foreign English speakers ❗

In this article I’m going to look at the most popular ones and while I’m fully aware of the fact that I won’t be able to dispel those stereotypes, it doesn’t mean I can’t talk about them, does it?

I’ve met thousands of foreign English speakers throughout my life, and I can tell you this much – a foreign English speaker who gets English grammar 100% correct while speaking is a rare creature to find! And I’m not speaking of a person with foreign origin who’s moved to an English speaking country during childhood or teenage years and has achieved a native-like fluency by the time he’s an adult.

I’m speaking about typical foreigners who speak English with a smaller or a bigger foreign accent just like the ones typically portrayed in films and TV shows. As you can imagine, the reason behind it is because on 99% of occasions actors portraying foreigners in movies are native English speaking actors with accent talents ❗

Basically they’re pretending to be foreigners by putting on a foreign accent but otherwise leaving their speech unchanged. Grammar, word choice and everything else is just like that of a native English speaker, but it’s far from my observations in real life!

You may correct me if I’m wrong, but a typical foreigner speaking English as a second language makes mistakes in terms of grammar and word choice, and isn’t capable of sounding like a native English speaker ALL THE TIME!

Assumption that our comprehension is the same as our spoken language

Have others ever made wrong assumptions about your overall English level based on a few bad mistakes you made while speaking when being stressed out?

What happens typically is the following – the other person starts speaking with you in a very slow manner by pronouncing words clearly and slowly as if your English comprehension is less than average. What can be only worse is a pat on the head and a sympathetic smile that says without words – “It’s not your fault you can’t understand me…”

Please allow me to hammer this home to anyone who might be falling for the same misconception:

“We foreign English speakers understand BY FAR more than we can say. Just because we’ve made some ridiculous mistakes while speaking or were unable to express ourselves clearly, doesn’t mean we don’t understand what we’re being told!”

By the way, I wouldn’t be surprised if the media-perpetuated image of a typical foreigner who speaks exactly as a native English speaker except for the accent would have seeped so deep into the popular culture that any REAL foreigner who speaks in a bit hesitant manner and uses incorrect grammar is instantly branded as not being fluent and therefore won’t fully comprehend what he’s told!

If a foreigner doesn’t understand what he’s told, his English is bad…

I’m not really blaming anyone who jumps to conclusions regarding my fluency in case I have difficulties understanding them – after all, it is human nature to see the world through a prism of their own life experiences.

I’m merely pointing out that such a misconception is widely spread and when you encounter such attitude, don’t take it personally.

Imagine yourself speaking with some foreigner who’s learnt YOUR native language. Imagine you’re saying something to him and then you notice a look of incomprehension on his face. What would be your first subliminal reaction?

I’m pretty sure that the average person will nearly always be slightly annoyed of not being understood and will assume that the conversation partner doesn’t have a full grasp of the language used during that conversation!

Although all human beings are endowed with the ability of empathy, we rarely make a proper, objective assessment of a situation by taking into account all possible factors and putting ourselves into the other person’s shoes.

The foreigner might be used to communicating with English speaking people hailing from different geographic regions.

Maybe the native English speaker is speaking English much faster than the average person.

His speech might be very blurred and hard to understand.

Maybe he’s using specific language the foreigner simply doesn’t understand and he needs to be told the same thing using other words!

There can be dozens of reasons why a foreigner mightn’t understand what he’s told, but as I said – the natural reaction by many English speakers (both native and foreign) is to assume that he’s struggling with the English language in general.

The more a foreigner sounds like a native English speaker in terms of pronunciation,
the more fluent he is

While I can definitely understand where this notion comes from, it’s not necessarily true on all occasions and many fluent English speakers get unfair treatment because they speak with a strong foreign accent.

Some foreigners simply can’t reduce their accent, and no matter how hard they try, their unique way of pronouncing English words will always stick with them.

Some of us find it easy to sound like Americans, for instance, and fair play to them.

I, for example, am capable of reducing my East-European accent greatly if I really set my mind to it. Surprisingly enough, I find it quite difficult to focus both on my speech AND pronunciation at the same time, so when I speak with other English speakers in everyday situations, I automatically adopt my normal pronunciation which would be generally branded as heavily accented.

Should I bend over backwards trying to sound like a native English speaker at the expense of my fluency? No way! I leave the perfect, native like pronunciation to those who are really good at it, but I personally choose fluency over pronunciation any day ❗

And please don’t get me wrong, I’m not saying that the two – fluency and good pronunciation – can’t go together. Of course they can, and I truly admire my fellow foreigners who can speak with a native-like pronunciation (like the Polish beauty salon owner I met the other day).

All I wanted to point out here is that this myth rests on an obvious fallacy. You just can’t reverse a statement “All foreigners speaking with native-like pronunciation are fluent” and get an equally true statement “All fluent foreigners speak with a native-like pronunciation”. The latter excludes those who are fluent and have retained their native accent!

Still didn’t persuade you? Then read this article and maybe you’ll change your mind!