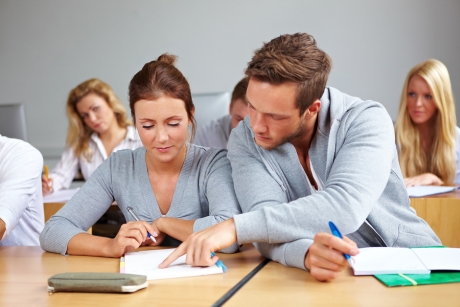 Ever since I was in my early teens, I’ve been working on my English.

Truth be told, my English learning methods didn’t do much good to my fluency because I spent most of my time learning English grammar, reading and writing and as a result I developed something I like to call a “writing mode” of my mind (read more about it HERE).

Nonetheless, I was constantly striving to improve my English and whenever one of my friends would ask me to help them to translate something from English or to make a phone call and talk to an English speaker on their behalf, I never said NO.

Helping others became a whole lot more frequent when I moved to Ireland back in 2002 because there were a lot of things to be done in order to settle down in the foreign country – starting from opening a bank account and ending with renting a house – and plenty of my fellow Latvians asked for my assistance when dealing with native English speakers in various institutions or via the phone.

During the Celtic Tiger boom years there was a never-ending stream of Latvian immigrants coming to Ireland many of which happened to be my friends or relations, so needless to say I had to help many of them to deal with local authorities, utility companies and the like.

As a result of all those countless hours of helping others to write correspondence in English, translate from English and also acting as an interpreter on quite a lot of occasions, I immensely improved my own English!

Fair enough, I was constantly struggling with my spoken English because I still kept resorting to traditional English learning methods when studying the language at home, and it’s only 5 years after I arrived in Ireland that I finally realized what I had to do in order to speak fluently.

Having said all this however, I have to admit that by helping others I was doing myself a really big favor because I was constantly exposing myself to real life English and it did contribute into my personal English fluency development big time.

Was I annoyed a lot of times for being constantly asked for help?

Do I regret it now?

Now I fully understand that by constantly being out there and helping my fellow Latvians deal with daily problems in an English speaking country I was improving my own English, and there’s no reason, by the way, why you couldn’t do the same thing.

So here’s what I’ve been doing throughout the years for others in terms of helping them to deal with the English language related issues (and there’s no reason in the world why YOU couldn’t start doing the same thing!):

I’ve lost the count of how many times I’ve been asked to make a phone call on someone else’s behalf.

Starting from ringing up utility companies such as Internet and electricity providers and ending with getting in touch with the local Revenue Office – I’ve done it all, and as a result I’ve improved my own ability to speak with native English speakers on the phone.

As a matter of fact, it was only a few weeks ago that I was ringing up one of the Irish broadband Internet providers on behalf of our family friends in order to resolve their issues, and I had to do it every day for a couple of weeks straight (there were some bureaucratic issues in the company and I just couldn’t get the problem fixed despite talking to dozens of different people).

You think I was annoyed?

You bet I was!

My annoyance, however, was in no way related to the fact that my friends asked me to contact the Internet provider on their behalf (I actually started getting used to posing as another person – as you can imagine, they will only speak to the account owner so I had to pretend I was the other person!)

I was annoyed about the business practices of such a large company and the way they deal with their customers.

As far as the daily phone calls – I embraced them for simple reason that I strongly believe in effectiveness of spoken English practicing and its benefits in terms of oral fluency development.

As a matter of fact, I believe that you should speak in English ALL THE TIME in order to develop your ability to speak using the right English words and proper expressions, so if I were you, I’d definitely help anyone who’d ask me to contact some institution over the phone on their behalf.

And by the way – if you think that your English has to be perfect in order to pull it off (make it happen), you just couldn’t be more wrong about it. You can speak with native and also non-native English speakers on the phone even if you think your English sucks.

After all, it’s up to the person on the other end of the line to figure out what you’re saying because they’re paid to do the job! 😉

Visiting Institutions and Acting as an Interpreter

Here’s to name but a few institutions I’ve visited with some friend or acquaintance of mine because they asked me to help them out:

In other words, I’ve visited pretty much every institution one may be required to visit, and it just goes without saying that while on occasion I’ve been a bit unhappy about having to waste my time, by and large I’ve enjoyed the communication taking place in the respective institution.

I’ve helped them to explain themselves to the Social Welfare officer so that they can apply for a jobseekers benefit.

I’ve also helped some of my friends to secure jobs.

And every time it happens, I improve my own spoken English by a small bit while the person whom I’m helping is taking the safe option of remaining in their comfort zone and not trying to speak in English because of a number of reasons – fear, anxiety, low confidence – you name it.

So the bottom line is the following – you can improve your own spoken English because of other people’s insecurities and unwillingness to face a native English speaker!

Well, sometimes, of course, you’ll be helping out people who just can’t say a word in English so in this case they can’t really be blamed for it.

More often than not, however, I’ve helped people who are actually capable of maintaining a basic conversation in English yet they just won’t do it.

Better for me – I get to practice and improve my own spoken English as a result! 🙂