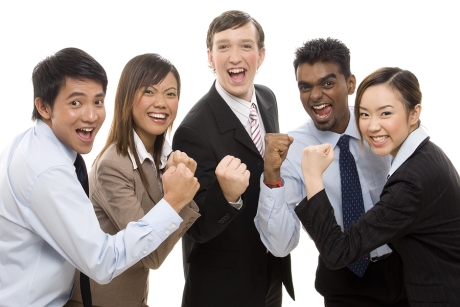 Any improvement process can be accelerated ten-fold if one focuses on the positive instead of the negative.

Speaking in terms of spoken English improvement, I can paraphrase the above statement as follows:

You can accelerate your spoken English improvement big time if you focus on your success (things you can say correctly) instead of focusing on your mistakes and imperfections.

If you’ve been following my blog for some time, you’ll know that I’ve been writing about similar matters in the past. The following article, for example – Focus on What You CAN Say in English Instead of What You CAN’T! – highlights the fact that many foreigners feel overwhelmed by the feeling of NOT KNOWING certain things in terms of English vocabulary and grammar.

I’ve also been pointing out that we, foreigners, should ignore our mistakes in the sense that we don’t have to freak out every time it happens; we merely need to take action upon it, simple as that!

Well, this advice doesn’t always go down well with my audience because people often think I’m encouraging my fellow foreigners to ignore their mistakes and not improve their English (I’ve tried to explain it in this video and that’s the last time I’ve touched upon that subject), but nothing could be further from the truth!

In today’s article, however, I’m going to put a different twist on the whole concept of making mistakes, spoken English improvement and success.

I’m going to look at the EMOTIONAL connection between spoken English improvement and success, and how it affects your chances of succeeding as an English student.

See How Small Children Improve Upon Their Success!

“Common Rachel, come to mommy, common, make that step!” – that’s how Rachel’s mom would encourage her daughter to start walking.

“Oops! That’s OK, don’t worry, common Rachel, you can do it!” – that’s how Rachel’s mom would reacted upon her daughter tripping over herself and falling when her dad releases her so that she can cross the room and run to her mommy.

Now, wouldn’t that be perfect if ALL HUMAN BEINGS on the planet received the same treatment?

Unfortunately the real world doesn’t operate by such rules.

If Rachel’s mom would treat her daughter the same way some English teachers treat their students, she would be shouting at her: “Will you get up and stop falling? You’ll never learn to walk with such an attitude!” 😡

Same goes with learning to speak.

When children learn to speak their native language in a family, they get all the encouragement they need – “Did you hear that darling? She just said “daddy”!” – yet when they start going to school, everything changes.

Their performance is under scrutiny, the stress factor is being brought into the equation, and gone are the days when children were encouraged just to DO IT!

Traditional English Learning is Based Upon Corrections – NOT Success!

I can already see all the feedback pouring into my mailbox and comments section pointing out that it’s impossible to teach proper English without correcting mistakes.

Well, here’s my answer to you guys before you even hit the ‘submit’ button:

“It’s all about the FOCUS, not the actual fact of a mistake being made and NOT needing a correction – I’m not arguing against that!”

All English teachers, in my humble opinion, should be made to let the mistakes go unnoticed for children’s ears, while at the same time taking action upon them and encouraging correct speech BY OTHER MEANS – such as plenty of spoken English practice whereby a child is quite naturally forced to mimic what he hears.

Doesn’t it happen when we teach a child how to speak correctly when they’re very young? Sure it does!

We’re very patient, we repeat the same word over and over again until the child is capable of repeating it just like the way we’ve said it! And it all happens WITHOUT DRAWING the child’s ATTENTION to the fact that he or she said something wrong.

Corrections are still being done, but the entire process happens without any conscious awareness that something is even being corrected ❗

Ideally English learning should be following the same principles in school, college and university environment, but just because we’re not children anymore and we’re capable of taking criticism, we’re being told the harsh truth every time we make mistakes…

Eventually we become so conscious of our English speech that we find it hard to speak fluently; we’re afraid of making mistakes but as a result we end up making them in ever increasing numbers!

Focusing on Mistakes is Self-Limiting

You need to correct your mistakes, there’s no doubt about it. It’s all part of a natural English learning and improvement process.

HOW you do it, however, is the make or break factor, and you can quite literally break your English improvement if you try making sure you never make a single mistake when speaking.

You’ll find it hard to learn new phrases, new vocabulary and new ways of describing this or that particular thing if you’re focused on perfection.

Focusing on Success is Empowering

If you don’t think about your speech imperfections when you speak in English, but you only focus on the things you CAN say, all of a sudden everything is possible.

In fact, you can speak fluently with quite a limited vocabulary without feeling handicapped!

Say what you have to say. Self-correct if necessary.

Most importantly though – FEEL the power that comes with the ability to say even the simplest things in English and be understood.

If you build upon that success, your spoken English is going to experience rapid improvement, I’m 100% certain of that!