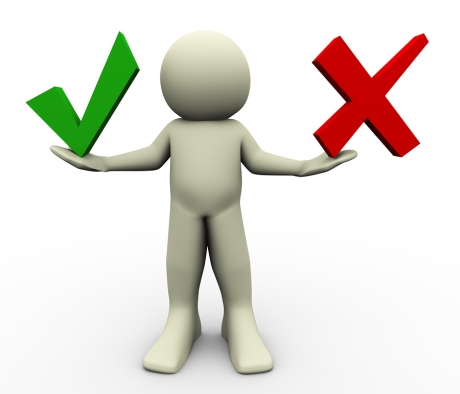 If you’re a foreign English speaker frantically looking for a conversation partner online, my typical suggestion to you would be the following:

Engage in a lot of self-practice on a daily basis. If you’re lucky enough to find someone you can speak with every now and then – go for it! Don’t stop speaking with yourself however, because that way you’ll keep developing your ability to VERBALIZE YOUR THOUGHTS which is crucial for effective communication.

Now, based on the feedback I’ve been getting on my blog posts and videos, the two main reasons why you might find such self-practice difficult to maintain in long term are the following:

I don’t buy neither of the two reasons. If you think speaking with yourself is boring, how come I’ve been doing it for years on end and I still have loads to talk about when I voice my thoughts out loud? It would be the same as claiming you don’t have anything to think about! 😀

The second reason – lack of feedback and correction – is also just an excuse not to improve one’s ability to speak.

Tell me honestly – do you ALWAYS get corrected when speaking with others in real life? Correct me if I’m wrong, but I have a strong notion that more often than not you rely on a thing called SELF-CORRECTION than on others’ feedback ❗

And even if you don’t do it, you’d better start making conscious adjustments to your English speech if you want to experience any significant improvement to your ability to speak fluently and correctly!

You’re Insulting Your Own Intelligence by Saying You Can’t Make the Necessary Adjustments to Your Spoken English!

Learning is acquisition of new knowledge and SKILLS (don’t forget spoken English is a very practical skill first and foremost!) by a way of associating them with knowledge and skills you already possess.

When you learn and improve your English, you create and strengthen vocabulary associations in your mind and also between your mind and your muscle reflexes (your lip and mouth movement), and you DON’T NECESSARILY need someone else to TELL YOU SPECIFICALLY what you have to learn, isn’t that right?

You can do just fine by OBSERVING the surrounding world and learning this or that particular English word or phrase, and once you’ve gone past the beginner English learner stage, you’re perfectly able to spot a lot of imperfections and mistakes you’re making along the way without any feedback from other human beings!

Sure enough, you have to be SELF-MOTIVATED and you also have to possess SELF-DISCIPLINE to follow through with your English learning goals ON YOUR OWN, there’s no doubt about that!

If you’re anything serious about your English improvement, however, I don’t see any reason why your own judgement wouldn’t be a sufficient tool that you can use to self-correct your English.

You Only Need to Tell Right from Wrong Most of the Time in Order to Improve!

You may have a notion in your mind that you have to be capable of spotting ALL MISTAKES you might make when speaking.

You may be under impression that if you speak with yourself and make a lot of mistakes which might go unnoticed, you’ll adopt these incorrect speech patterns and they’ll be impossible to get rid of later on.

Now, whether you like it or not, you just have to come to terms with the fact that you’ll be making mistakes when speaking. It’s inevitable, it’s just one of those things that happens and you can either accept it and let it go or fight against it and make matters even worse (your frustration and anxiety will almost definitely result in English fluency issues).

Let’s say, for instance, you’re saying the following sentence: “Right after the game we go home and we looked at a movie which name I don’t really remember”.

There are three mistakes in this sentence:

I’d say that if you only spot one or two of those mistakes right after you’ve said them, and you make sure to correct yourself or you make a mental note of them, you’re doing just great ❗

Sure enough, you can’t ignore your mistakes, and that’s not what I’m trying to say at all. All I’m saying is that you don’t have to try to make your speech 100% correct, it’s not humanly possible, and in doing so you’re definitely running the risk of making your speech EVER WORSE!

Just make sure to make a mental note of those few things you might have said incorrectly and jot them down on a piece of paper as soon as you get a chance so that you don’t forget it.

Later on you’ll figure out how you should have said it in the first place and then you’ll repeat it a good few times thus ingraining the correct speech pattern into your brain! Simple as that!

Let’s say for example, you’re not sure whether you should have said ‘a movie which name’, but you have a feeling it just doesn’t sound right. The best thing to do in this situation is to use Google to look up the correct English speech pattern, then repeat it a few times and memorize that speech pattern.

As for the other mistakes –  ‘we go home’ and ‘we looked at a movie’ – most likely you already know the correct way of saying those things, it’s just that when we, foreigners, speak in real life we don’t always say things the same way we would write them down. When we speak, there’s not much time to plan, so we have to improvise a lot which often results in a couple mistakes being made here and there.

The best way to go about those kinds of mistakes is the following.

If you spot them – correct them right after you say them (there’s nothing wrong with going back and correcting yourself in a mid-sentence)!

Even if you don’t – so be it! 😉 Don’t be constantly freaking out over the fact that every sentence you pronounce might potentially contain a couple of mistakes. As I pointed out previously, you’ll go nuts if you approach your speech that way, and it doesn’t really matter if it’s self-practice or speaking with other people.

Simply make sure to correct those mistakes you DO NOTICE, and over a longer period of time those efforts will result in a much, much better spoken English performance!

Still Skeptical? What About Writing Then?

Do you still not believe in your ability to self-correct your speech?

Then try to refute this argument:

When you’re given a written assignment, do you refuse to complete it without assistance just because you might make mistakes?

So tell me, my dear friend, how come that you’re willing to create a piece of English writing on your own which is potentially going to have a few mistakes in it, yet at the same time you just wouldn’t speak on your own because of your fear of making mistakes which might pass unnoticed?

I’d say it’s all because of the brainwashing you’re received throughout the years of traditional English learning whereby you were taught that reading and writing are the only proper ways of studying the English language.

Just because your piece of writing – whether it’s an essay, or a couple of pages in an English grammar workbook – is going to be checked by your teacher, but your speech isn’t, doesn’t mean you should abstain from getting involved in activities where your English isn’t scrutinized by some other person.

Accept responsibility for your English improvement.