If you’re a non-native English speaking professional employed in a specific industry such as medical and pharmacy, military, education, accountancy, human resources or legal industry, your daily duties involve using a lot of specific terminology and phraseology.

Sure enough, you got your job by virtue of very decent English skills paired with relevant qualification and educational background, so it kind of goes without saying that your English is quite good and you’re not looking for basic English improving related information aimed mainly at beginner English learners.

Having said this, we have to admit that English learning and improvement is a lifetime long process and you just have to keep on top of your specific industry-related language in order to remain a top-notch specialist, stay competitive in the jobs market, and also retain that edge that identifies you as a savvy industry specialist embracing change and always ready to adopt!

So, here I’ve compiled 82 various technical English idiomatic expressions and phraseology that will definitely come in handy for you in your day-to-day job as well as recruitment process if you’re currently seeking for a new job or aiming to get a promotion in your current organization.

Just scroll down to read the entire list of phrases or click on one of the links below to go to a specific phrase category: 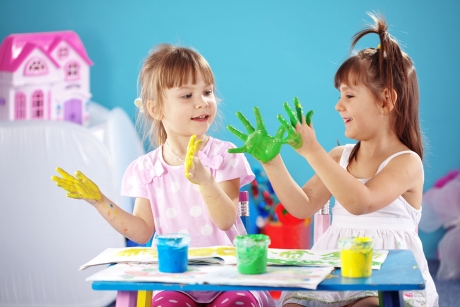 Biological parents – this is how you describe real parents of a child.

The apple doesn’t fall far from the tree! – this typical English idiom can be used when describing a child’s behavior which is very similar to that of their parents.

Acting out – this phrasal verb describes loud and often attention-seeking behavior such as disobeying adults, shouting and hurting other kids. Example sentence: “I can’t understand why Sarah is constantly acting out while at school – at home she’s a lovely and quiet child…”

NEW! You did exceptionally well! – this is how you congratulate a child on a job well done and make them grow their self-esteem and confidence. Obviously, if you’re a good childcare worker, you’ll be using this particular English phrase all the time! 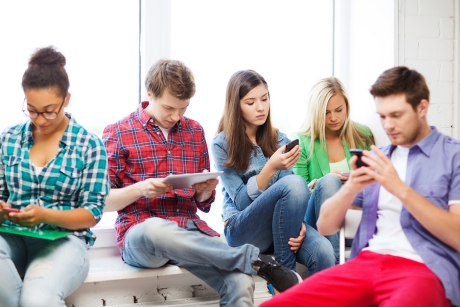 Attain a degree – this is how you describe getting a degree in a specific academic field.

Common denominator – this mathematics term can be used whenever you want to describe characteristics shared by a number of objects: “Aspiration to excel in test results is the common denominator of all first-year students.”

Conventional wisdom is a widely accepted general knowledge that everyone agrees on such as the food pyramid in nutrition or the role of exercising in prevention of cardio-vascular disease.

Elaborate on it – explain the matter in a bigger detail.

NEW! Open your books to page – this is how you tell your class to open a specific page in the book. The thing that you have to pay a particular attention to is the way it’s worded – “TO page” – so please make sure to memorize this phrase exactly the way it’s worded!

NEW! Has everyone done their homework? – if you want to make sure your students have done their homework, you may want to use this phrase in the beginning of the lesson. Obviously, more often than not it’s just a rhetorical question, but still it doesn’t hurt to ask it.

NEW! You’ll get there eventually! – we all know only too well that not all students will do their utmost when it comes to their studies. Also, some students need a little bit more time to accomplish the task in question – so this phrase will come in handy in situations when the student is feeling down and you want to lift their spirits by pointing out the fact that eventually they’re going to do what’s required. 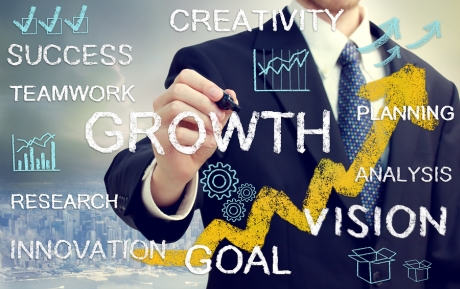 Bottom line – the profit or loss figure. This term originates in real life accountancy whereby you draw a bottom line in the books and then you write the final figure of profit or loss.

Debt consolidation – when you have a number of loans such as a car loan, personal loans and credit card debt all put together in order to make it easier to manage your personal debt, it’s called debt consolidation.

Defer a payment – if you want to postpone a payment (pay it at a later date), you can say things like “I’d like to defer my car loan repayment, is that possible?” when visiting your bank and you’re going to sound really smart and professional!

Pay in installments – this financial English expression describes dividing a lump sum of money into smaller parts and paying them over a longer period of time. For example, when you’re buying a new PC or laptop, you can ask the hardware store shop-assistant: “By the way, can I pay for this PC in installments? And if yes, then what’s the maximum term you offer?” 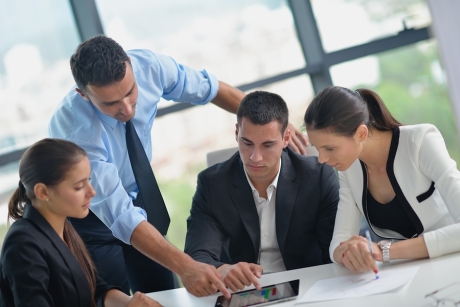 Call a meeting off – this is how cancellation of a meeting can be described using the phrasal verb “to call off”.

Gain momentum – this phrase describes a specific business-related activity that becomes bigger and more profitable over time: “Now that we’ve opened this new shop and started the marketing campaign, we just need to wait and see if this operation gains momentum and becomes profitable in long term.”

Get straight to the matter – can be used during a meeting to invite all those present to start discussing the important issues.

Get your priorities right – in business it’s important to prioritize the important tasks and focus on them, and that’s when this phrase can be used.

I have a first-hand experience in this is to be used whenever you want to say that you’ve dealt with the same specific task previously.

Let’s run through them quickly – when you have little time left during a meeting, this is how you suggest to go through the specifics in a quick manner without going into details.

Let’s not make any rash decisions – this is what it normally said when there’s a difficult decision to be made and it’s quite clear that a final decision can’t be made as of yet.

Scale up means to increase the level of current business model, for example: “Now we have 3 shops, but our plans are to scale up our operation and have 10 shops by the end of next year.” 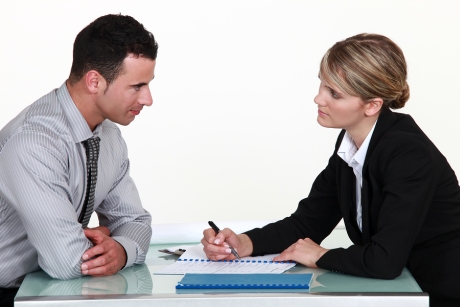 Further your career – when an industry professional wants to climb the career ladder and get a promotion or go for a new job according to their increased qualification, it’s said they want to further their career.

Glass ceiling – this English idiom describes an un-equal working place where certain groups of people can’t move up the career ladder hence the term “glass ceiling” – you can see that there are promotional opportunities, but you just can’t avail of them!

Good command of English – when a person’s English is just good enough to do their job, this phrase is the best fitting one to describe that level of English.

I brought this issue up with my supervisor – it means you mentioned the problem to your supervisor.

Live up to their responsibilities – to do their job properly and perform all the related duties and tasks.

Utilize your full potential – this English phrase means to use your potential to its maximum.

NEW! Maintain a professional attitude – this English phrase describes the idea of someone being really professional and smart in the way they perceive their future job.

NEW! Something that would suit your particular needs – if you’re telling the interviewee about a position that would be in line with their qualifications and experience, this is the exact phrase you should be using! 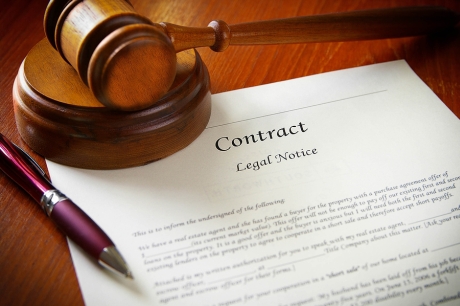 Events leading up to the accident – this English collocation can be used to describe what happened before the accident in question.

Facts are speaking for themselves – facts are so obvious that further explanation isn’t even needed.

Led to discovery – when evidence is found as a result of specific actions, for example: “The latest police search led to discovery of a massive drugs operation involving up to 20 individuals.”

Shed some light on something – provide some degree of clarity in the matter, for example: “Hopefully the next police report is going to shed some light on our case because currently we have very few facts to support our allegations.”

Unbiased opinion is a fair and subjective opinion; it isn’t in favor of any specific party involved. 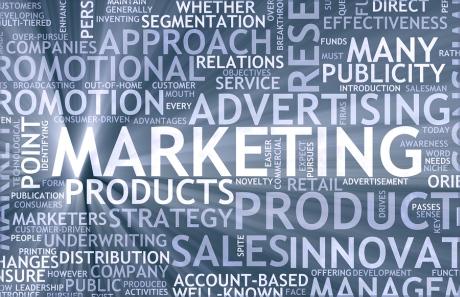 Throw ideas around – to generate new ideas; to brainstorm.

Cold-calling is part of the telesales process whereby potential customers are contacted without their consent (permission); needless to say, nowadays such marketing activity has lost its appeal because it’s fairly ineffective. 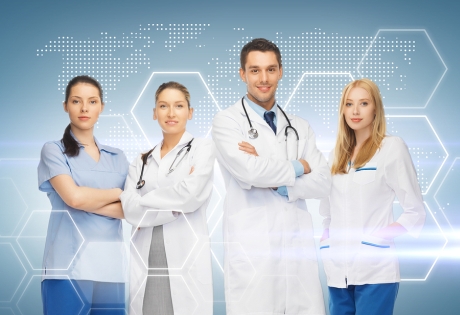 Early warning signs – this is how you’d describe early symptoms of a disease.

Under the weather – this English idiom means that you’re unwell: “You don’t look well, are you all right?” “Well… I’m a bit under the weather, but I’m not too bad!”

Coming down with the flu (cold) – this is how you describe the very process of developing cold symptoms. It’s a handy phrase to use when letting your employer know you’re getting sick: “I’m coming down with flu so I don’t think I’ll be able to come into work tomorrow!”

Is this treatment covered by insurance? – this is a question typically asked by patients before getting any medical assistance so that they have a fair idea of where they stand in terms of potential expenses.

NEW! Respond to treatment – this is how medical professionals would describe the level of responsiveness to drugs and medical procedures. Here’s an example: “Mr. Smith is responding to our treatment very well and I believe we’ll be in a position to discharge him next week!”

NEW! Discharge a patient (discharge from a hospital) – this is how allowing someone to go home from a hospital is described using medical English: “Why is Mr. Green missing? Has he already been discharged from the hospital?” 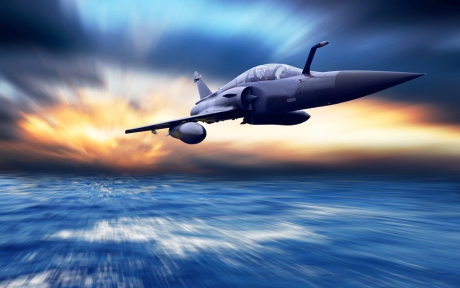 Comply with orders – listen to and obey orders.

No civilians were harmed – this English phrase is used to reassure everyone that the ordinary citizens weren’t harmed during an operation.

NEW! Troops have been deployed – I’m pretty sure we’ve all heard this particular English phrase at some stage! It’s being used in media all the time whenever some military organization sends their troops to a specific location, for example: “It’s been reported that more NATO troops will be deployed to monitor the situation in Sudan.” 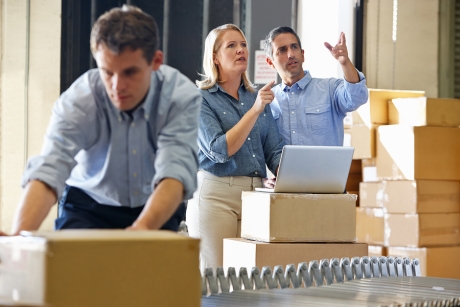 Full capacity is how you describe a full manufacturing capacity, for example.

Integral part is a very important part of a process; it’s something that the process can’t happen without.

Making the last minute decisions – sometimes when the production schedule is very tight, it’s necessary to make quick decisions, and this is how those decisions are called!

Step up a notch – to increase intensity of some process – “We have to step it up a notch and serve more customers every day because our management aren’t happy with the current performance levels.”

Tight production schedule – this is how you describe a very busy production environment.

NEW! Restrictions have been brought in – have you ever encountered a situation at work when new laws are introduced which in turn has a direct effect on the production process? I bet you have – and that’s exactly when you’d use this phrase!

I hope you find this list of industry-specific English phrases useful, and please don’t forget to check back later for updates – I’ll be adding new phrases onto this list on a regular basis!