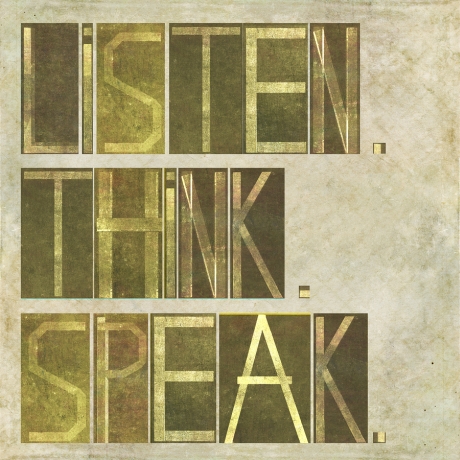 The fact of the matter is – you can’t listen your way to English fluency no matter how hard you’d try.

To consider yourself being fluent in English, you have to be able to SPEAK.

To develop your ability to speak, you have to SPEAK.

If most of your English improving related efforts are geared towards listening to:

… then you will greatly develop your English listening and comprehension skills, there’s no doubt about that!

Your ability to produce fluent English speech, however, isn’t going to come along at the same pace for the simple reason that you wouldn’t have trained your mouth to speak, and that makes an awful lot of difference when it comes to one’s ability to deliver a verbal message.

It’s pretty much the same as if you were trying to learn to drive a car by watching other people drive without attempting to sit behind the steering wheel yourself!

Not all listening activities, however, are a waste of your time.

As a matter of fact, you can’t actually separate listening to English and speaking in English because these two activities are quite naturally interlinked.

English Listening and Speaking are Inseparable!

It really is no rocket science:

When you have a conversation with someone in English, you do both – listening AND speaking.

As you speak, you actually hear yourself speaking which in turn allows you to constantly adjust your speech (just think about deaf people – they can’t speak clearly simply because they can’t hear their own speech!).

The way I see it, there’s never been any real need to try and separate the two activities – listening and speaking.

I mean – when you speak, you listen, and when you listen – you follow it up by speaking!

Who on Earth Decided to Single Out English Listening as a Discipline on Its Own?

All this crap (forgive me for being harsh but I really feel strongly about this subject!) about doing English listening practice exclusively in order to learn the language has been devised by people who’ve ALWAYS been able to speak in English themselves – namely, native English speaking teachers.

As the need to create academic curricula arose, teachers simply adopted the only viable option for them – to stand in front of the classroom and speak thus letting the students LISTEN AND ABSORB the knowledge.

If all that’s required in order to speak in English fluently would be listening to it, then there wouldn’t be a single foreign English speaker asking me questions on a daily basis:

Robby, Why Can’t I Speak in English Despite Being Able to Understand EVERYTHING?

It all goes back to majority of native English speaking teachers not being able to relate to non-native speakers.

Native speakers have acquired the English language at the very early stages of their lives, and they simply don’t know what it feels like NOT to be able to speak!

They think they learned the English language because their mother and father constantly spoke to them, so they stress the importance of listening, and then they say one day you’ll be able to start speaking.

What they don’t realize is that it’s only partially true.

Yes, they learned the language because they were hearing it an awful lot.

Most importantly, however, they learned to speak the language because they were constantly trying to repeat those words and word combinations they were hearing – and that’s what foreign English speakers also have to do – listen and REPEAT!

If they only listen most of the time, they don’t develop their ability to speak – hence all these fluency issues of not being able to speak despite being very good at understanding others.

The Real Problem – 99% English Students Want the Easy Way Out!

Let’s face the truth – it’s only human to go for the easy option.

It’s a known truth that people buy various fitness related gadgets because they promise quick and easy results in terms of weight loss while in reality everyone knows deep down inside that only hard workout regime and proper diet will make you lose weight fast – not some gadget.

If an English student is promised good results by doing exclusive English listening practice, it’s only natural that they’ll be very tempted to do that because it’s all passive, and it’s easy.

I mean – you don’t have to be ACTIVELY ENGAGED (meaning – speaking in English) when you just listen to English audios or watch videos, so needless to say 99% of English learners won’t even question the effectiveness of the listening method because it appeals to our lazy human nature…

No matter what way we look at it, English listening has always been and always will be part of a natural language using process.

You listen to the other person, you respond, your conversation partner listens to you and responds in turn – that’s the way it goes.

It becomes an issue ONLY when English teachers try to convince you that you can do exclusive English listening practice and become more fluent as a result, and believe me – there’s LOADS of such misleading rhetoric out there!

Plenty of English learning products are based on the premise you can acquire a language by listening.

Plenty of English learning websites will tell you listening and reading (which is all PASSIVE language input) are the most important activities for you as a non-native English speaker.

In reality, however, you should ALWAYS follow any English listening practice by speaking in English because that’s how any language is used in real life!

Thanks for tuning in,