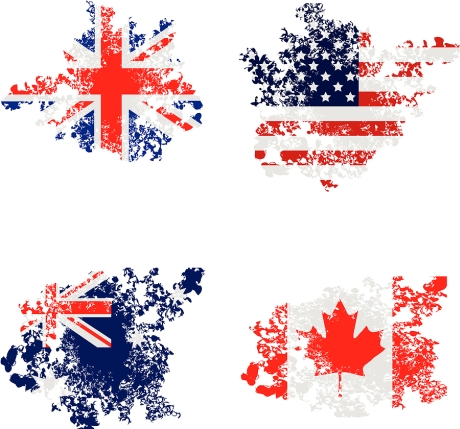 Trying to sound too perfect.

Comparing your speech with the native speaker and running into certain speech problems as a result.

They’re just a few of the number of problems that we, foreigners, may face while in pursuit of English fluency!

No wonder that sometimes we feel more comfortable speaking with our fellow foreigners because we feel like we’re on a level playing field. We’re less likely to be judged, so we don’t become self-conscious when speaking in English, right?

We can also use simple language without worrying that our speech will sound too simplistic and that we’ll get a patronizing treatment – am I also not right in saying this?

Well, it’s not always the case!

Sometimes a conversation with another foreign English speaker may turn out to be just as difficult – if not even more cumbersome. All of a sudden, all those problems you were running into when speaking with natives seem like nothing compared to how awkward it is to speak with another foreigner…

In reality, on most occasions it’s all a matter of perspective and most of those problems are only happening in your head.

Still, I want to give you 5 reasons why speaking with a native speaker may be easier.

So, let’s begin with the reason number one which is…

Native Speakers Will Understand You
From Half a Word!

You may make a small grammar mistake, you may use not the best fitting word or you may run out of words to say, but native English speakers will most likely understand you irrespective of all those things!

And on many occasions they will quite literally understand you from half a word. The brain of a native English speaker is trained to recognize millions of variations of different word combinations, and they’re so much more likely to understand what you meant only by hearing only half the words in a sentence ❗

It’s not to say that some of your fellow foreigners may not be able to understand everything you’re saying.

Quite the opposite – we foreigners definitely understand more than we can say and I’ve spoken about it at length in this article.

Generally speaking, however, I think it’s fair to say that a native English speaker will understand any word you’re going to say while a foreigner mightn’t know this or that particular word or expression.

As a result you can completely forget about accommodating your speech to your conversation partner’s level of comprehension, and it allows for a complete fluency and improvisation while speaking in English.

Sometimes It’s Actually Other Foreigners Who’ll Be Condescending Towards You!

It’s much easier to speak with another person if you can rest assured that you’re not going to be judged for your accent, mistakes or whatever aspects of your speech that might not be perfect.

One might think that your fellow foreigners will be more understanding of your imperfections and that it’s the native English speakers who will judge you. At least it would make more sense considering that we, foreigners, have to learn the English language and go through similar hardships and tribulations before achieving a certain degree of fluency while it’s all common sense for native speakers.

More often than not, it’s actually your fellow foreigners who’ll make patronizing remarks about something you didn’t say correctly or about your foreign accent and that you should improve your pronunciation ❗

I’ve touched upon this subject in this article so you may want to read more about it.

The bottom line is – it is easier have a conversation with a native English speaker who doesn’t care about the way you speak than with a foreign English speaking perfectionist!

You Can Speak As Fast As You Want

Speed of one’s speech isn’t a sure indication of fluency.

There are millions of reasons for speaking in a slow and considerate manner starting from improving your English fluency and making your speech easy to understand and ending with personal peculiarities. Maybe you’re just a person who speaks slowly!

If you speak quite fast, however, you may still want to slow it down a little to make your speech easy to understand to any foreigner regardless of their level of comprehension.

You can speak as fast as you want in a sure knowledge that you’ll be understood!

Sure, anyone may miss a word or two from what you’re saying and even native speakers aren’t going to understand everything 100% of the time.

Still, this is yet another reason why it’s easier to speak with native English speakers – you can speak at whatever speed you want without worrying that your verbal message won’t be delivered to the other party.

My experience tells me that it’s easier to communicate with native English speakers because they’re much better at explaining concepts using simpler language.

Yes, on certain occasions they may overdo it by making wrong assumptions about your level of English and then they will try to explain things to you as if they were speaking to a child.

By and large, however, it’s much handier to have a conversation partner who’ll be able to rephrase anything instantly using other words. Just think about it – native speakers have the English language wired into their brain from an early age. They have a whole lot more linguistic associations in their brain than we have. So it’s hardly surprising that they can instantly think of equivalent words in case you didn’t understand something they said.

I’ve noticed this many times at work when my native speaking colleague speaks with other foreigners. Every time he’s asked to explain what he meant he’s able to explain it so plainly that it surprises me!

This is a good one.

Over the years I’ve personally had many conversations with foreign English speaker of other nationalities when I had to guess if they were getting the message because they just wouldn’t admit that they didn’t understand this or that particular word or a phrase.

With all due respect, my fellow foreigners, but sometimes we have a bad habit of agreeing with whatever we’re told even if we didn’t understand the sentence or the question…

Hey, I’m not trying to say my English comprehension is so good I never encounter problems with understanding what I’m told. Of course it happens to me, and I also have to admit that certain situations simply force me to agree and smile even if I didn’t get the joke, for example (read more about it in this article).

I’m simply pointing out the fact that such issues will never arise when you speak with native English speakers and you don’t have to worry about using specific vocabulary, either.