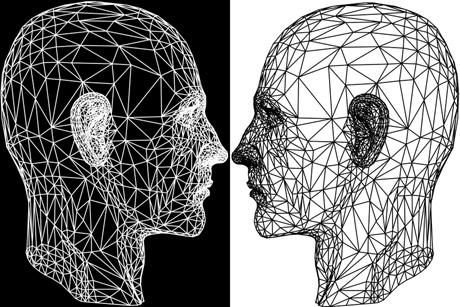 Human is a creature of conditioning – the more often you find yourself in situations when your English fluency is compromised, the deeper your mind gets wired to make sure it happens when such conditions are met next time.

For example, if you’ve found it a bit harder to speak in English with a particular person on a couple of occasions, it’s highly likely that this person will cause the same English speech difficulties for you every time they’re around.

If you let it happen for long enough time, you get conditioned to stutter, mispronounce words and find it difficult to verbalize your thoughts whenever you speak to that person or even when speaking with someone else in that person’s presence.

Sometimes the English fluency issue manifests itself in so seemingly random situations that it may look like a totally out-of-hand problem. You may find yourself making plenty of mistakes when speaking in English having had very fluent conversations with other English speakers the day before, for instance, and there’s nothing you can think of that should trigger such behavior.

In order to overcome such issues I recommend different fluency management strategies – starting from speaking slower and pronouncing words clearly, and ending with such non-standard approaches as speaking with a harder accent.

There will be moments, however, when you find it quite difficult to get back to your normal English speech regardless of what strategy you apply.

You may have tried to speak in English in a number of different ways – slowly and fast, with a hard accent and without, but your mind just can’t seem to work properly!

If that is the case, there’s one more trick up my sleeve – reverse psychology!

What is Reverse Psychology and How It Works

To put it simply, reverse psychology is a phenomenon when humans achieve their desired result by not working against the will of others or their own inhibitions, fears and phobias but quite the opposite – going with them ❗

The reverse psychology phenomenon in society can be observed more often when dealing with other people than in the field of self-improvement.

Let’s say, you’re trying to make your kid to eat spinach and he’s refusing to do it and no amount of begging and cajoling is working.

The only thing that might work is to wait a couple minutes and then tell your child in a strict and commanding tone – “OK, this is it. You’ll never ever get to eat spinach in your whole life. I forbid it! From this moment and on you are not allowed to touch spinach!”

It mightn’t work and your child might just walk away having achieved what he wanted. If he likes acting up and disobeying what he’s told, however, he might go out of his way and eat some spinach just for the sake of doing what he’s forbidden.

In the adult world, reverse psychology is more subtle and masked by pretence and scheming.

We all can remember some action film where the main character is being trained very hard for a competition or in order to take revenge and his trainer is constantly criticizing him and pointing out his weaknesses.

Whether it’s a boxing championship or payback for a murdered friend, our hero emerges victorious in the end and it’s all thanks to the constant nagging which made him angry and drove him through the gruesome training drills, and it’s actually what his trainer wanted all along.

The trainer – usually an old man – was only pretending to criticize him because he knew that anger would be a much bigger driving force than contentment and happiness.

It is typical reverse psychology, and you can use it effectively when dealing with your own English fluency problems!

As you may have already guessed, it works by actually forcing yourself to make mistakes, say nonsensical things and speak as fast as you can in English IF it’s exactly what you’re trying to avoid ❗

You’re basically trying to trick yourself into speaking English properly by GOING WITH your inhibitions and hoping that your subconscious will behave like a spoiled child.

You’re saying to your mind – “OK, this is it! I don’t want to speak English fluently anymore! From now on I’m happy to make every mistake imaginable, I’m OK with stuttering and even mispronouncing words and not being able to say what I actually want to say doesn’t bother me at all. I want to make all such mistakes, yes, and that’s exactly how I’m going to speak!”

Ideally what should happen is the following.

You’re sending a signal to your subconscious that you just don’t care any more and that you’re not resisting. Obviously, with no action there’s no counteraction and your own mind should stop playing those nasty tricks on you.

Your stress levels should drop dramatically, and the inhibitions that are partially creation of your own imagination should collapse like a house of cards.

You should feel the inner tension subside and in a weird twisted way your English speech should flow more fluent and suddenly you shouldn’t have much difficulties thinking of the right words to say when saying something in English.

Is it really as simple as I just portrayed?

Well, not really, especially if you apply this reverse psychology trick while you’re having a conversation with someone.

You can do it much easier when you’re on your own, and the only inhibition you may need to overcome is awkwardness about speaking with yourself.

If you’re with someone, there’s still a great deal of fear you have to deal with, so let’s look at it before we wrap up today’s topic of reverse psychology!

Fear Is Strong Only If You Resist It!

I would suggest the reverse psychology strategy in dealing with your English fluency issues before you actually have to speak with someone because it’s going to make it easier for you.

You’ll still probably find it quite tricky to pull it off when you’re practicing with yourself, because it’s not so easy to find that sweet spot when you just CAN’T make a mistake when speaking in English.

But once you’ve got the hang of it, it might even become your second nature, and then there’s nothing to prevent you from using the same fearless, jump-into-cold-water strategy when communicating with real people.

There’s only one factor to overcome – FEAR.

Fear of making mistakes, fear of being humiliated in public, fear of sounding stupid.

Strangely enough, on most occasions it’s this FEAR that causes your fluency issues in the first place, so basically what I’m saying here is:

Is it some sort of a vicious, self-perpetuating cycle?

No matter how you look at it, fear keeps playing the lead role in your English fluency drama, and the only way to deal with it is…

I hope I’m not driving you mad, and I also hope you’ll make sense of today’s blog post.

… and you may very well discover that the issue is gone along with all your fears! 😉

Try it, and share your experiences in the comments below!

I’d love to hear from you and also don’t hesitate to ask me any related questions – I’ll be glad to help!