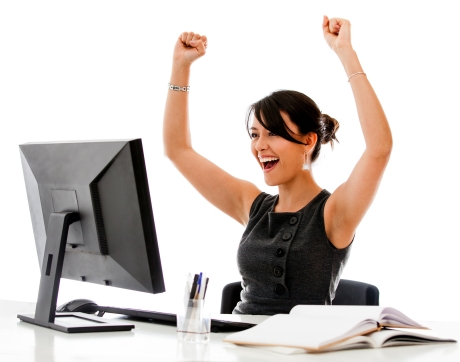 Unless you’re a super-fluent foreign English speaker, you most certainly find yourself in situations when you stumble upon certain English words and sentences which leaves you frustrated and angry with yourself, am I not right? 😉

Well, I’m not talking about the typical tongue-twisters here such as “she sells seashells by the seashore” (try to say it out loud fast a few times in a row – you’re bound to make a mistake sooner or later by saying “she shells..” or something similar!)

What I’m going to be looking in this article is simple words and phrases which are still quite easy to mispronounce because of repeating letters or similar sounds following each other in a quick succession:

What happens sometimes when saying such and similar English sentences is the following – just because you’re trying to pronounce each sound within those words, your sound producing organs suddenly can’t cope with it, and that’s when you can implement various strategies I’m going to look at in this article.

Let’s say, if you can’t get the sentence “What a wonderful world!” right and your tongue and lips just can’t seem to pronounce it correctly, you can re-write the sentence in your mind the following way: “Whada wondeful wold”.

Try it, and you’ll realize that if you omit the letter “r”, (the ‘R’ sound isn’t that audible in this sentence anyway!) it becomes much easier for you to pronounce the sentence without getting your tongue twisted and you’re less likely to stumble upon words in the process.

Bear in mind that I’m not saying you shouldn’t try to pronounce English words the right way.

It’s just that I believe if you have to choose between struggling when speaking AND speaking freely albeit with a slightly incorrect pronunciation, you should go with the last option if your ability to speak fluently is very important at that particular moment in time.

Word Merging in a Sentence

This could be old news to you, but the chances are that you’re not taking a full advantage of this principle in daily English conversations.

Let’s say, for example, you want to ask your work colleague a question beginning with “What do you…” It’s a pretty simple question, but even simple questions like this might present certain difficulties to us on our bad fluency days!

We may start stuttering just by trying to pronounce the individual words “what”, “do” and “you” in a quick succession (and on top of that you may even start analyzing the correctness of what you’re saying from the grammar standpoint) which in turn may leave us unable to finish off the sentence and formulate the actual question.

Just like in the example in the beginning of this article – “Whada wondeful wold” – you can omit certain letters and sounds to make pronunciation easier for yourself. Sure thing, I don’t advise to adopt such habits for good – I mean, if you pronounce the word “world” as “wold” every time you say it, people will notice that you’re skipping the ‘R’ sound altogether and you should by all means learn how to get it right (watch a video about the ‘R’ sound HERE!)

All I’m saying is that omitting certain sounds is an effective quick-fix solution in certain situations, and here’s another example.

“World War One” – I personally have gotten this phrase wrong on multiple occasions (in fact it’s what prompted me to write this article in the first place!) and here’s what I did to get it right: “Wold Wo One”. Now that the letter “r” is omitted, it’s much easier to get the phrase right simply because you don’t have to exert your mouth and tongue to such a great extent.

Replacing Certain English Sounds With Others

Let me paint a familiar picture for you: the entire extended family and friends have gathered to congratulate you on your birthday, and they’re all singing the familiar song “Happy birthday to you, happy birthday to you…” At least half of them, however, are singing “Happy birZday to you” which is not the end of the world, of course, but it would still cut into my ears.

Needless to say, this scenario would most likely take place in an English speaking country where English speaking kids would have been invited to your son’s or daughter’s birthday party and then the foreign speaking adults would sing along by pronouncing “birthday” as “birzday”.

To solve this, simply replace the “th” with “t”!

I still remember myself getting it wrong a good few years ago, and when I noticed local English speakers pronounce “birthday” as “birtday” (well, it’s characteristic to English pronunciation in Ireland but you won’t sound awfully wrong in other English speaking countries!), I realized I can follow suit and do the same; as a result I sounded much, much better when singing “Happy birthday..” at my daughters’ birthday party!

Creating Associations With Other Words

At one stage I was struggling with the word “cinnamon”. It’s the repeating letter “n” that presented difficulties with getting the pronunciation right and sometimes I would say “cimannon” because the letters “n” and “m” would get mixed up.

Guess what I did to stop struggling with this word forever?

I imagined I’m pronouncing the word “cinema” which is quite easy to pronounce due to the lack of repeating consonants in it, and then I would add the last letter “n”. The resulting word “cineman” is pronounced exactly the same as “cinnamon”, and all the issues with mixing up sounds got resolved in an instant ❗

And here’s another example – the word “finite” which describes a limited nature of something; it’s closely related to the word “definite” but it’s pronunciation is totally different – [ˈfainait] instead of [ˈfinit] (I know it doesn’t make a lot of sense, but that’s the way with the English language – its spelling sometimes doesn’t make sense!).

Do you want to know how I forced myself to remember the correct pronunciation of the word “finite”? Here’s how – I associated it with “fine night”! Once that association was in place, I didn’t struggle with the problem word anymore, and you can apply the same principle whenever you can think of other words you can associate some English problem words with!

The same goes if some English word spellings make your head spin and you just can’t pronounce them right because of the multitude of seemingly unnecessary letters in them:

Now, do you find these pronunciation improving methods and techniques useful? Then let me know in the comments section below!