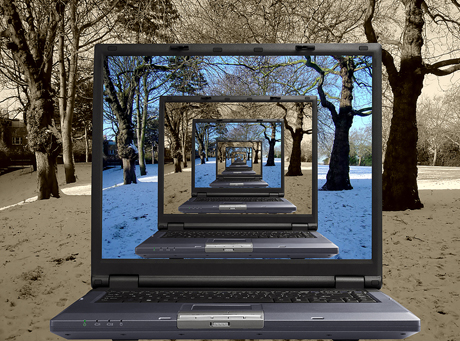 A while back I received a comment to one of my blog posts about how useful the Mythbusters show is for your spoken English improvement saying that writing down phrases in a notebook for later repetition while watching TV removes the fun factor from the experience.

I haven’t convinced yet to carry pocket dictionary, notebook or even use any type of system that allows me to save new words and phrases for later repetitions, I always think that these methods remove the fun factor from the process of learning, and take you away from the true immersion so you always seem as foreigner to that language. I -and may you also- never carry a notebook while watching TV in our native language, watching TV mostly is a fun activity, you just rest and watch, isn’t that right?

While I can see where the author of that comment is coming from, I can’t fully agree with his sentiment that by taking notes for later repetition all the fun factor is removed.

First of all, you don’t have to do it all the time! Let’s say, you’re watching an episode of a TV drama, and throughout its 40 or 60 minute duration three or four phrases draw your attention. Is it really going to kill your TV watching experience if you pause your TV four times during the episode?

Secondly, the benefits of jotting those phrases down and repeating them afterwards by far outweigh all possible hassle that such practices may cause to you. I mean, what is more important to you – your spoken English improvement, or being able to watch a TV drama or sitcom in English without ANY interruptions at all?

Thirdly – of course you can watch TV in English purely for your enjoyment every now and then without holding a notebook in your hands. I’ve never said that in order to improve your English fluency, you must sacrifice all your free time and be 100% dedicated to it. After all, even passive English immersion will make the English language seep into your brain without you even noticing it, albeit at a slower rate than being actively engaged in spoken practice and repeating and memorizing new vocabulary and phraseology.

But if you’re a bit skeptical about using spaced repetition as an effective spoken English improving tool, I want you to read the rest of this blog post before jumping the gun and dumping the idea completely.

Do you think repeating and memorizing English phrases is an unnatural way of improving the language?

Then think twice, because I’m about to present hard proof that repetition already exists in real life English conversations, it’s just that you mightn’t have noticed it before!

It’s not uncommon to start your reply to another person by repeating what they asked you in the first place.

If you pay closer attention to other people’s conversations, I’m sure you’ll notice this sort of thing happening all the time, and it’s nothing weird.

It actually helps people to form their answers, mostly for three reasons:

Personally I’ve noticed it happen all the time when I speak with my friend at work, and by the way – he’s a native English speaker, so you can’t really accuse him of not being able to speak properly and repeat my questions only to fill awkward gaps in his speech!

In the context of improving our English fluency, I think it’s quite obvious that such repetition allows us, foreigners, to memorize new phrases and terms. In the above example the phrase ‘the most likely outcome’ is a typical English collocation, and it will definitely come in handy for you as a foreign English speaker.

It’s not ‘the most possible outcome’ or ‘the most plausible outcome’ (don’t get me wrong – they’re valid phrases but it’s not what native English speakers would say most often!) which warrant repetition and memorization; it’s exactly that phrase – ‘the most LIKELY outcome’.

So, how else do we, foreigners, get to learn such word chunks if not by repeating them?

By the way, it’s not only the questions that people repeat during conversations.

During any conversation, people interrupt each other, drop hints and finish each other’s sentences, and in that process repetition plays a significant role as well.

Not being able to put your thoughts in the right words?

It happens more often that you may think, and it also happens to native English speakers. So what do you think a person is going to do when they’re stuck for words, and the conversation partner helps them out by saying just the phrase or word they’re obviously looking for?

Of course, they’re going to repeat it, and then continue whatever it is that they were saying ❗

So once again – repeating what the other person has said, see?

“Did you just hear the news? This new government policy of… err…”

Again – the English collocation ‘social inclusion’ is what your conversation partner was struggling to remember. You helped him to recall that phrase, and then he continued his thought by repeating the whole sentence with that phrase in it.

For a native English speaker it’s no big deal; for us, foreigners, it should serve as an effective tool of learning naturally occurring English speech patterns.

Of course, I’m not saying that you should start repeating every single word you’re being told – that would make you sound like a parrot!

What I’m trying to get across here in this article is that you can make a big difference to your English fluency by being aware of how repetition works in real life, and how you can use it to your advantage by purposefully repeating and memorizing English collocations and idiomatic expressions!