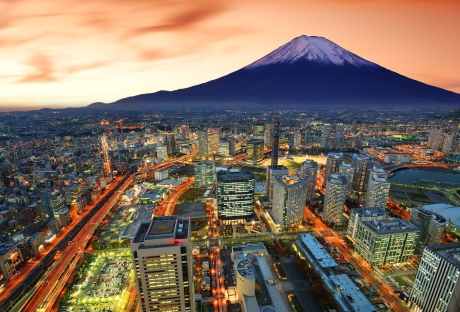 Sachin, who is a customer of mine and a prolific contributor to my YouTube channel, inspired me to write this article, here’s part of the comment he left on my YouTube video where I’m arguing against the prevalent view on Americans as being lazy language learners:

One should accept that English language has contributed to the world more than any other language. English has brought the world together. English is not just British or American’s language anymore – it’s the world’s language. Knowledge of the world got available to everyone only after converted in English!

Well, we can all argue ad nauseam whether the English language is taking over the world, is it having a detrimental effect on smaller languages or not, and also accuse Americans for being lazy and ignorant when it comes to learning foreign languages.

All that is actually IRRELEVANT when we consider the simple fact that the English language has indeed brought the entire world together in a lot of different ways and we, foreigners, are undoubtedly much better off learning it and speaking it as opposed to constantly moaning and complaining about the Evil Empire of English which is soon going to obliterate the smaller nations and countries!

But in case my words are making your blood boil – consider this:

We need to separate POLITICS from the LANGUAGE when discussing such matters!

Just think about the German language and the activities that Germany was involved during WW2, for example. No sane person would condone what was done during those years – atrocities brought upon the world by the fascist regime were outrageous, to say the least.

Do we hate the German language for the criminal past of the country that it represents, however?

Of course we don’t!

Yes, there’s no denying that here’s a lot of controversy about the warfare the country is getting itself involved in – mostly when it suits its foreign policies (pursuit for energy sources, expansion of American companies and interests in the war-torn countries etc).

The English language, however, BELONGS TO THE WORLD – just like Sachin pointed out. It belongs to anyone who speaks it!

I love English, and when I go about my daily spoken English practice, I don’t considering myself as a traitor of humanity just because I happen to like a language that’s being spoken by people who are involved in activities that we mightn’t approve of. As a matter of fact, it’s also spoken by millions upon millions GOOD and BRILLIANT people all over the world!

It’s actually ridiculous, when you think about it, that so many people associate the English language with something NEGATIVE or something that they believe to be a bad thing.

If speakers of all world languages abandoned speaking them by virtue of tyrants and murderers having spoken them, there’d be not a single language left in the world!

Hadn’t it been the English language that is spoken by the world’s superpowers linked to all the “bad” things (obesity and fast food culture, consumerism and using the third world for easy and quick profits), it could have just as easily been French, Dutch, Spanish or German!

Anyway, as I said – we could be arguing about these matters till cows come home because it’s very difficult to change people’s opinion on a certain subject.

These days millions of people who speak English as their second language get online and communicate with each other using English – forums, social networking, blogging, commenting on news articles – you name it!

Let’s take Facebook, for example. People from all over the world are using it, and while you can communicate with your friends using your native language, you can just as well speak with other language speakers in English!

Sure enough, English has been an international language even before the rapid increase in the Internet user numbers, however, lately it’s become as popular as never before, and needless to say, people who use English as means of interpersonal communication, don’t assign any emotional connotation to it; they don’t label it as BAD – they simply SPEAK IT 😉

And furthermore – since English is so popular, it’s only common sense we use it as the common language!

OK, fair enough – this is a website dedicated to learning and improving English so it’s only logical that it would attract English speakers…

OF COURSE IT IS!

Business and economy is the LIFEBLOOD of our planet – whether you like it or not – and global business represented by the English language has quite literally brought the whole world together.

I understand that there are people who hate globalism and detest anything that carries the signs of modern lifestyle. Well, nothing wrong with that – go live in the woods and live off what the Mother Nature so generously will share with you!

Just don’t forget that sooner or later the reality check will set in, and you’ll have to start participate in the real world where English speakers have almost endless opportunities!

Now, can the same be said about ANY big language in the world?

Well, I guess you would be able to move to and travel pretty much half of Asia if you learn Russian, for example – not to mention Mandarin. Or South America – if you spoke Spanish or Portuguese.

But just think about the WEALTHIEST countries in the world. I don’t think you’d be able to argue the point that people generally aim for a BETTER lifestyle than they have in their home countries, and undeniably the wealthiest countries are the ones where English is spoken as the first language OR spoken by a large number of people.

Qatar and Luxembourg are topping the list of the wealthiest countries with the United States ranking 6th and then we have countries such as Singapore or Norway also being higher on the list – Canada and Australia are 9th and 10th respectively (according to 2013 data).

There’s no denying, however, that you can live and function in Luxembourg (very well developed financial sector – obviously dominated by the English language!) and Norway if you’re an English speaker anyway (Scandinavians are renowned for their good English skills!).

Also, developed Arab countries such as Qatar are very keen on using the English language not to mention Singapore – English is an official language there!

Let alone the US, Canada and Australia – no further elaboration needed, I guess 😉

Some may believe that the Western civilization is corrupt and will eventually cease to exist.

Those people tend to see only the bad in people.

In reality, there are a lot of good things that the English speaking world has embraced such as:

Well, they say money controls everything anyway (billionaire bankers and other industries control the US Congress etc.) and people actually live free and happy in places which are depicted as being dangerous and lawless by the Western media (really?)

OK, let me tell you something.

Personally I come from Latvia which is one of the former Soviet Republics otherwise known as USSR.

When the independence was proclaimed back in 1991, everyone welcomed the free market economy with open arms, but little that people knew, it was about to get much, much worse before it would start getting a little bit better.

Crime was ripe, industries decimated, and quite obviously the ordinary people started to complain once the initial enthusiasm had worn off.

I’ve lost the count of times hearing older people reminisce on how good it actually was to live in the USSR where there was free education, there was no unemployment and you wouldn’t see a homeless person in the streets – let alone drug addicts and the like. And, of course, many blame the Western standards and the English language for the current situation!

All I can say to that is the following.

You can change regimes and governments, but it’s pretty much impossible to change people’s way of thinking and attitude toward things.

Back in the USSR times the state controlled everything with its iron hand, and now that we tried to introduce the Western standards and freedoms, it just doesn’t work like it does in the Western world.

It takes DECADES upon DECADES for the real change in people’s HEADS to even start happening, and even nowadays the Latvian black economy still makes up a significant part of the economic activities, homophobia and racism is prevalent and hundreds of thousands of people turn to alcohol in order to make their lives a little bit more tolerable.

In reality it’s the Western English speaking world that HAS embraced real liberties and acknowledges human rights to a full extent.

Ever since I moved to Ireland – an English speaking country – I’ve been experiencing a significant personal development and I can tell you that I strongly believe that being part of an English speaking society has made a real difference in the way I perceive other people and the world around me, and I’m 100% confident that the same holds true for a lot of other foreign English speakers.

So, the point is – the English language represents open-mindedness and makes the world a better place because people who are open-minded tend to be more tolerant and understanding of each-other.

Now it’s over to you, my friends!

Post the comments below and let’s get the conversation going!!!

More articles on the same subject: