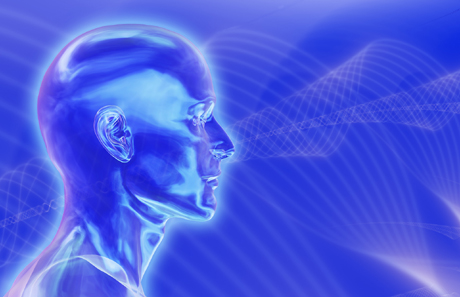 Sometimes I don’t feel confident when speaking with native English speakers – I have an uneasy feeling that they’d judge my English skills and make the wrong assumptions.

Sometimes I struggle when speaking with another foreign English speaker. I have difficulties choosing the right words if I’m not sure if he or she will understand me. As a result I may start hesitating and making silly mistakes and the other person may sound even more fluent than me!

When I speak with a foreigner with a similar English fluency level, I may try to prove I’m a better English speaker. Eventually I also risk losing the natural flow of the language because of the excitement such a challenge inevitably entails.

As you can see – you can’t win here, no matter who I speak with there’s a chance my English fluency is going to deteriorate…

So the question is – how to deal with this? 😡

The answer, as often is the case, lies in the head 😉

Changing Your Perspective When Speaking English With Others

Have you ever walked on a plank in a kids’ playground that’s suspended in ropes to make it more difficult to balance on it? I have, and you’ll have to agree it’s not that difficult.

Now, imagine the plank is suspended a thousand feet in the air above a gigantic waterfall. How easy would it be to walk on it now?

I guess you get what I’m trying to say. The plank remains the same, and so does your actual capability of speaking fluent English. All that changes is your perspective on things – earlier you risked falling down on the grass with no risk to your health and safety. It’s a different story altogether though, if you fall from a thousand feet into a raging torrent – your chances of survival are virtually zero.

And here’s how it’s related to spoken English.

Sometimes when you speak in English with certain people you might feel as if you’re about to jump out of an aeroplane with no parachute strapped to your back! Are you familiar with the feeling? I guess any foreign English speaker would be, and personally I’ve had plenty of such moments!

I would have a normal chat with one of my call centre colleagues in a completely relaxed atmosphere, but the next moment I would stutter and hesitate when speaking with my manager. Nothing really changed bar my perspective – the imaginary suspended plank got raised up high in the air and walking it all of a sudden became a deadly game.

The task you have to accomplish is easy and very hard at the same time.

You have to lower the walking plank to the ground level. You’ll still walk the same plank, read – you’ll communicate with others in English, but your perspective will be changed. No longer will you stare hundreds of feet down into the emptiness with your legs trembling.

You’ll walk along the plank confidently in the knowledge that nothing bad can happen. Well, you may need to balance yourself a few times – stop walking, steady your position and move on again. Most importantly though, you’ll remain as confident as if you were just speaking with yourself!

But now let’s have a look at how you can change your perspective.

Don’t Try To Prove Anything!

I believe that by trying to prove your spoken English skills either to yourself or to others leads to your walking plank being lifted up at dizzying heights.

Every time you worry too much when striking up a conversation with someone in English, you either think your English isn’t good enough, or quite the opposite – that it’s better than that of your chat partner’s. In either case, it inevitably leads to you trying to PROVE that you’re the better English speaker out of the two involved in the conversation ❗

You might be fully aware of it, or you might do it unintentionally, but the result is quite often the same.

Instead of enjoying the conversation and allowing the English language to flow freely, you’re becoming conscious of your own speech. You start questioning whether this or that was the right thing to say, you start planning the speech in your head before you actually say it out loud so that you can come up with the best way of saying the particular thing… and that’s when it gets really bad.

A really fluent English speech is spontaneous, it’s produced by your mouth milliseconds after the thought occurs in your brain but you don’t put conscious effort into the process. You don’t stick the words together; whole sentences and phrases come out of your mouth.

If, on the other hand, you’re preparing speech in your head to make it exceptionally correct OR you’re trying to use words and means of expression you don’t normally use… your spoken English will lose its natural flow and you’ll start developing a “monkey mind” syndrome!

So never start a conversation with someone in English with a defeatist attitude OR a sense of superiority – both have a potential of destroying your spoken English confidence in no time!

Look at Your Conversation Partners as Equals!

Speaking in English with your workmate is a walk in the park, speaking with your boss is like a walk on the suspended plank above waterfall. Especially if your boss has a reputation of being very strict or even mean – your heart is probably sinking just upon seeing him or her!

So how do you cope with such situations? Well, you have to start seeing such people for what they are – just people.

In your mind’s eye, take away their status, power and everything else that makes you feel inferior, and force yourself to forget who you’re talking to ❗

Don’t go overboard, of course, and don’t treat your superiors or strangers too casually, but a little dose of ignorance towards their social status is definitely going to make you feel more confident as an English speaker and lower the suspended plank to the ground level.

And it’s not only about speaking with people from higher social circles. Whenever you feel embarrassed speaking with anyone for any reason, just tell yourself – “Common, he (she) is just a person, just like me, with his (her) own insecurities and problems that are not obvious to others!”

As the last resort you can even imagine your conversation partner being in a funny situation, if it helps you to relax in their presence.

After all, haven’t you heard that the best way to ease your tension in very formal situations is to picture others naked? 🙂