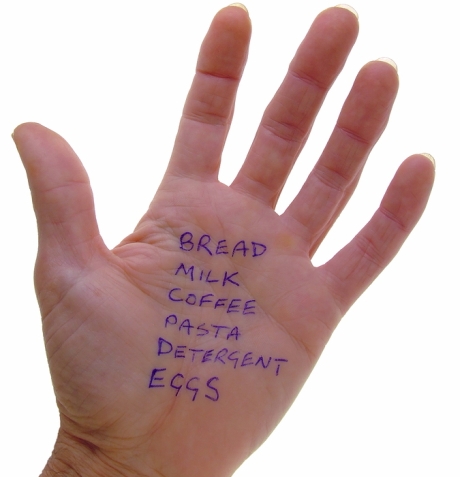 Many of my fellow foreigners arrive to my blog while searching for the most commonly used English words, and there’s a good chance that you may be one of them!

But are these English word lists any good? Do they offer good value in terms of improving one’s ability to speak fluently?

Frankly speaking, such frequency lists don’t provide a lot of practical value – if any!

Fair enough – give me a few moments and I’ll show you exactly why! 😉

English Word Frequency Lists Only Satisfy Our Curiosity – They’re NO GOOD for Anything ELSE!

Please follow this link for a list of 100 most common words in English. Now, scan the list and tell me if you found a single word you DIDN’T KNOW.

Correct me if I’m wrong, but I can say the following with the utmost certainty – “Among the top 100 most common English words there’s not a single one you didn’t know!”

Yes, the fact that these hundred words make up about a half of all written English material is astonishing, and it’s a typical 80/20 rule in action. 2000 General Service List Words account for 95% vocabulary used in daily conversations, for example, and it just goes to show that one doesn’t need to build MASSIVE vocabulary consisting of thousands upon thousands of words to be an efficient English communicator.

Sorry – Word Lists Are Good for SOMETHING – They Teach Us Not to Waste Our Time!

As I said – the fact that a relatively small number of individual words account for large volume of words in usage serves as a reminder that we don’t need to dedicate our lives to building insanely large English vocabulary.

That’s exactly what I was doing years ago, and among useful words I wrote in my pocket dictionary there were quite obscure specimens I’ve NEVER heard of in my later life – let alone used them!

So I have to admit that this is one aspect of those word frequency lists that does have a benefit. Namely, it highlights the importance of focusing on the essential vocabulary thus accelerating the learning curve.

Other than that, however, those lists are rather misleading because they create the impression that you can learn individual words, stick them together, and – presto! – you can communicate effectively and fluently.

Sorry guys, it just doesn’t happen like that, and the reason for that is quite simple:

It’s the Word Combinations that Matter – not Separate Words and Word Lists!

Now I’ll do a small experiment. I’ll google up the General Service List words and copy a small section of them to see how good they are for using in our daily conversations.

So here’s a random selection of 10 English words:

The numbers represent the rankings of these words. There are over 2000 entries in the list and I’ve chosen a variation of different words – some are the most common English words such as ‘the’, ‘to’, and ‘be’; others don’t rank as high but they’re still very common. I’m sure that you know every single one of them!

So, the logical conclusion might be – “Once I know all these words, I have to learn MORE new ones to broaden my English vocabulary!”

Fair enough, but did you know that this is the biggest pitfall so many of us, foreigners, fall for?

You see – the problem is that we may know large lists of individual words, yet we struggle to USE them as part of a simple conversation!

To see what exactly I’m talking about, please look at the following English phrases:

All these phrases consist ONLY of the words from the list above, but how many of them you can honestly claim to be able to use?

I hope you start seeing the bigger picture now.

We may be very, very familiar with certain English words, YET we struggle to arrange them in natural speech patterns!

Basically it all boils down to WORD COMBINATIONS.

It’s just like playing lottery – you only have a small number of individual numbers, and you think – “What’s the big deal! Surely I can guess 5 or 6 of them!” In reality the number of combinations is mind-boggling, and the very same goes with individual English words and their combinations!

Biggest Problem I Have With The Frequency Lists – They Promote the Wrong Learning Methods!

The very concept of a frequency list implies that English learning is all about separate words.

Statements like “The first 100 most commonly used English words make up 50% of all written material” makes us believe that we have to learn SEPARATE WORDS, and once we’ve acquired the optimal amount of words – we’ll be able to speak and write just like a native speaker.

Nothing could be further from the truth however, and I think I made it more than obvious using the examples above.

Just because you KNOW certain English words, it doesn’t necessarily mean you can COMBINE them into phrases and sentences!

You must make it your goal to KNOW English word combinations, and just like when playing lottery a handful or words may easily avail you of a much bigger amount of phrases to use!

Those five phrases I gave you a few paragraphs above are way more useful than the list of individual words. You can learn phrases and use them in relevant situations just like native English speakers would, but if you learn separate words, your means of expression are rather limited.

Here’s what’s going to happen if you stick separate words together:

“What Are the Most Commonly Used English PHRASES?” is the Right Question!

I can’t stress this enough – if you learn English phrases, expressions and sayings, you’ll be able to use them 10 times more efficiently than word lists!

Once you’ve memorized a phrase, you’re capable or using it WITHOUT MUCH THINKING AND PLANNING whereas sticking words together will always involve a certain amount of effort and your speech is going to be hesitant and slow.

English word frequency lists are a good representation of the 80/20 rule in action, and they prove that one doesn’t need to spend a lifetime learning 100 thousand English words to become fluent.

English words lists are good for linguists and grammar geeks.

Other than that, they serve no practical purpose!