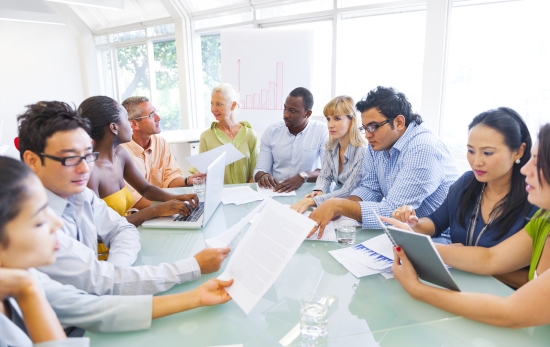 There are plenty of social situations when you’d be speaking with a group of other English speakers as opposed to just one person.

Just think about the following situations:

So, what do all these situations have in common?

That’s right! What they have in common is SOCIALIZING IN A GROUP, and it’s very important for you to understand that group conversations tend to be much different from one-to-one conversations ❗

When there are two people having a conversation, you have more control over the whole process, whereas in a group your voice will oftentimes be quite literally drowned out by others.

Does that mean you should avoid group conversations and wait till you get a chance to have a face-to-face conversation with some other English speaker to practice your English?

As a matter of fact, if you avoid such situations, chances are – you won’t get any opportunities to get to know other English speakers and as a result you’ll end up being alone.

The best way to go about it is by knowing WHEN and WHAT to say during a group conversation in order to minimize your chances of being ignored and maximizing your potential for English fluency improvement, so keep reading this article to learn from my experience having lived in an English speaking country for 13 years ❗

In a Group There’s People Waiting To Cut You Off!

I’ve had PLENTY of situations over the years where there’s been more than just me and the other person having a conversation.

The list could go on and on, but the common denominator for all those situations is people’s IGNORANCE.

They care very little about what you have to say, and they can’t wait to say what THEY want to say.

Obviously, every situation is different, and I’m not saying that all group conversations are conducted in a completely chaotic atmosphere where everyone speaks for themselves without listening to others.

If that were the case, the world couldn’t exist!

All I’m saying is that during a typical group conversation:

When you’re speaking with one person, it’s much, much different.

You’re not under such an immense pressure to finish off what you’re saying, and you can take more time to verbalize your thoughts.

In a group, more often than not, people are less patient therefore it’s harder for us, foreign English speakers, to participate in group conversations unless we can speak very well and say what we want to say in a concise and succinct manner.

You May Have Gotten the Wrong Impression from Films or TV Shows! 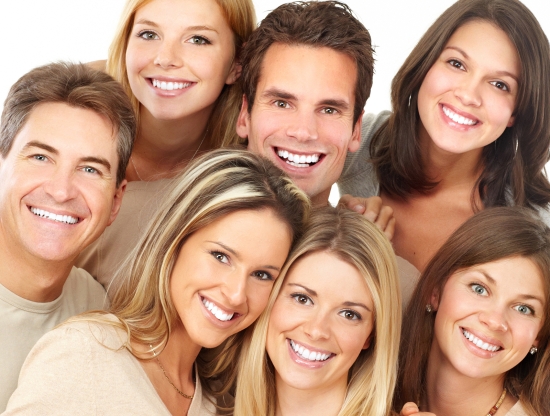 When we watch TV programs and films, for example, where group conversations are depicted, it all happens in a much different way.

Everyone is so patient.

When one of the group speaks, others are listening to that person intensely and they give them all the time in the world to explain themselves properly.

They’re all so calm and everyone treats each other with the utmost dignity and respect.

If real life was like that, no foreign English speaker would have any problems with speaking with other English speakers because of the care, understanding and support they’d be getting from their conversation partners!

In reality we have to make a lot of effort to get heard in a crowd, and no matter how intelligent is the average profile of your listener, there’s always someone who’s going to pay very little attention to what you have to say – if any.

Of course, there are situations when the aforementioned characteristics apply to a lesser extent – family or close friend conversations, for example.

But then again – you have to understand that I’m not looking at such situations in this article.

What I’m looking at here is – typical situations at work or school when you’re just trying to fit into the crowd and make your voice heard!

The anxiety is hitting an all-time high because all of a sudden you feel everyone’s eyes on you, so it’s no wonder that such group situations are the toughest ones for us, foreigners.

Use the Group Situation to Your Advantage! 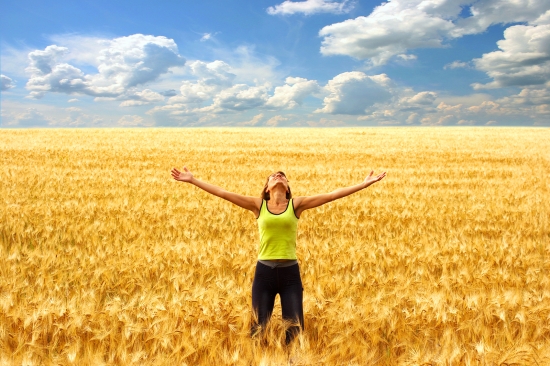 For all its drawbacks, a group conversation is actually a great place to exercise your spoken English if you know how to do it right.

So, let’s look at what exactly you should be doing next time around when finding yourself amidst a number of English speakers in a typical group conversation!

STRATEGY #1: Planning What to Say

Let’s say, for argument’s sake, you’re all having a conversation about high performance cars.

In a one-to-one conversation you wouldn’t really have much time to plan what to say.

You might get asked a question that you wouldn’t know how to answer, and then you’d be running the risk of getting stuck for words.

And if you think about it, you wouldn’t have any time to plan what to say whatsoever because when you’re speaking with someone, you have to speak without much thinking – or else your speech is going to be hesitant and you’re going to experience the so-called “writing mode” of your mind and eventually you’ll get stuck for words.

In a group conversation, however, you can plan EXACTLY what you’re going to say while others are speaking, and then you just have to find the right moment to open your mouth and deliver the sentence.

Obviously, if you’re serious about your fluency development, you have to learn to speak spontaneously and without much thinking, but the point I’m trying to make here is – planning your speech in advance is a useful strategy for group conversations because unlike one-to-one conversations you actually have the time to do it, and on top of that – speaking spontaneously during a group conversation is much harder because of the additional stress.

STRATEGY #2: Waiting For the Right Moment

If you’re surrounded with 5 other people, you can quietly bide your time and wait till the right opportunity presents itself for you to say something.

In a group, there’s always someone making sure that the conversation keeps going, so you can wait till you’re confident that you can say something – and in addition, you’ll have it all planned out beforehand as per the previous strategy.

One of the most embarrassing moments when having a one-to-one conversation is not knowing what to say, and you can pretty much avoid such situations where there’s many people involved.

Another interesting aspect of group socialization is your physical location within the group.

If you’re standing next to someone who’s not really interested in what you have to say, for example, you’re also going to find it much harder to say something – especially if that person is charismatic and quite naturally draws most of the crowd’s attention to himself.

If I’m in a situation like that, I would most definitely detach myself from that person and move next to someone who’s more friendly thus surrounding myself with a more positive vibe and ensuring that there’s someone next to me who’s more likely to listen to what I have to say.

As an added bonus, it’s a great way of ensuring you’re going to have someone to talk to when the group conversation is over!

For example, you’re all going back to the class, and then you can have a short one-to-one conversation with the person you’ve been standing next to.

And now, a few tips on how to manage yourself mentally during a group conversation.

Believe it or not, but most people don’t actually mean to show you any disrespect by interrupting you or starting saying something right after you’ve finished your sentence.

It’s just human nature, so try not to get too upset about it.

Also, please bear in mind that this aspect will oftentimes actually work in your favor!

When people are in a hurry to say something right after you’ve said your piece, they might actually not spot some mistake you’ve just made so their ignorance is actually a good thing in such a situation, right?

Do you think that providing short answers and saying things using very simple language is going to send the message out there that you’re not a decent English speaker?

Nothing could be further from the truth!

It’s actually what a group conversation often demands – being able to say what you want to say quite fast thus making your point in a short time and allowing others to chime in as well.

So – you’re actually going to do yourself and others a favor by keeping it short and simple.

TIP #3: Perceive a Group Conversation as a Public Speaking Exercise!

When you’re super-anxious to say something when there’s other English speakers present and you think that you’d be better off keeping your mouth shut, remember that opening your mouth in such a situation is actually public speaking.

Most people are afraid of public speaking.

As a matter of fact, I once read that fear of public speaking is one of the biggest fears people have!

So, if you’re feeling very anxious to say something when having a lunch break with your workmates, for example, try to persuade yourself that this is a very useful exercise for overcoming fear of public speaking.

Try to get yourself in the kind of mindset where you ignore people around you and just say something without any regard for its correctness or anything.

Just say what you wanted to say, and tell yourself: “I don’t care what others think of my English – I know it’s good anyway!”

Have you ever had any funny or awkward situations when speaking in English with a group of people?

Let me know in the comments section below and let’s get the conversation going! 🙂