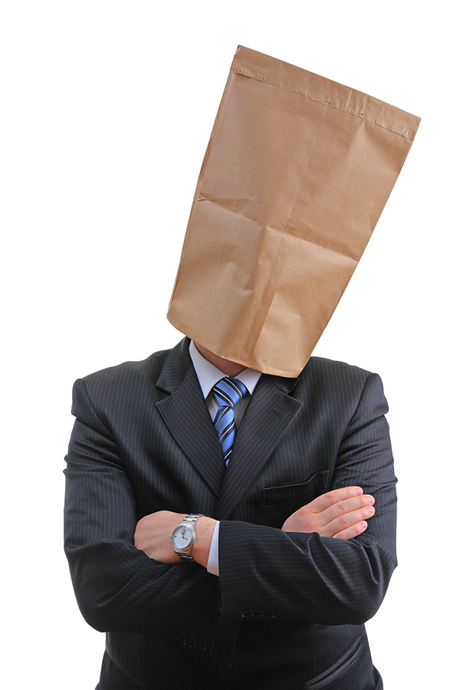 I thought I’d become immune to embarrassment because I’ve been following my own advice on using decent doses of ignorance whenever I encountered embarrassing situations.

Last weekend, however, I realized that I’m not as emotionally tough as I thought because I got to experience immense embarrassment while I was doing my weekly grocery shopping in the local supermarket…

To cut a long story short, I ran into one of my work colleagues – he’s a nice Irish fella – and somehow we both got completely tongue-tied when facing each other. To make the matters worse, he had his wife with him and obviously the whole situation became extremely awkward because I’d never spoken to her.

Also considering the fact that I’ve rarely said anything more to him than “Hello!” and “See ya!” at work, I don’t think you’ll find it hard to imagine how two adult men may not find ANYTHING to say to each other. Well, to tell you the truth, the resulting situation was so embarrassing that I literally lost control over it and it started to resemble an accident scene unfolding before my eyes.

Do you know the feeling when you’re witnessing something terrible happen but your body freezes up and you’re unable to do anything? I was experiencing something similar at that moment because I felt I was losing grip on reality. Clearly the totally confused red-faced person who just stood staring at the other two people with no ability to say something sensible in English wasn’t me; it was someone else having taken over my body!

And the Irish fella wasn’t in a much better position – he was as tongue-tied as me unable to come up with anything reasonable to say to me.

As you can imagine, the morale of this story is that it doesn’t matter who you are – a foreign or a native English speaker.

Either one of you can get tongue-tied BECAUSE OF EMBARRASSMENT and the language actually plays a little role in it!

Blame Anything Else BUT Your English!

It’s quite natural for native and also other foreign speakers to assume that once you have difficulties expressing yourself properly in English, it must have something to do with English fluency.

More often than not, it’s actually embarrassment and awkwardness itself that make you lose the ability to speak in English properly on that particular occasion, it’s just that others might assume your English is poor. Sadly enough, it may have an even bigger detrimental effect on your English fluency!

Yes, I know it’s easier said than done, but listen to this – even as I walked away from the mortifying encounter with the work colleague and his wife, I knew EXACTLY WHAT went on during our attempted casual conversation, and WHY we both failed miserably even to exchange any small-talk phrases:

All the above factors combined resulted in one of the most embarrassing moments in a long time, and please note that lack of spoken English skills isn’t one of them ❗

It could happen to two foreign English speakers meeting up.

I also don’t see any reason why two native English speakers couldn’t get tongue-tied running into each other.

And it can most definitely happen to people speaking the same foreign language – it has happened to me and I’m sure you can think of at least a couple examples as well!

So blame bad luck, bad timing or bad manners – but stop blaming your English skills ONCE you know that on most occasions you’re perfectly capable of handling encounters with other English speakers.

And of course, don’t forget that any native English speaker can also get tongue-tied in a middle of a conversation!

Make no mistake about it – it’s not that easy to ignore such embarrassing situations, but it’s a MUST because you’re mental state is crucial in maintaining your English fluency.

The Right Thing to Do is to Say SOMETHING.
It’s Not Always Possible, Though…

I’ve provided loads of advice on this blog about overcoming similar situations when you just can’t think of the right thing to say.

You should use hesitation filler phrases to fill gaps in your speech while you’re searching for the most fitting phrase, expression or words to say.

You should slow your speech down because speaking fast makes it nearly impossible to pronounce words and sentences properly in English when you’re agitated.

You have to look at the actual topic at hand and you’ll probably realize that you’re trying to say something just to please your conversation partner. If that’s the case, you have to make conscious effort to get yourself really involved in the conversation and that might just do the trick.

Sometimes you can stop second-guessing yourself by simply spitting out the first thing on your mind.

None of these strategies will work completely, however, when you’re as embarrassed as I was when running into my work colleague in a supermarket last weekend.

I was doing my best to break the ice and say something meaningful, but the few sentences I could utter where so clumsy and stupid that I cursed myself for being such an idiot…

I was trying to frantically think of something else to say, and normally I’m quite successful at putting on a performance even in an awkward atmosphere, but my mind just had blanked out and I couldn’t think of anything!

Well, what do you think I did right after that?

I just let it go.

Yes, I just shrugged it off, and even though it stayed with me for a while, I just forced myself to forget this incident and move on.

Now I know better, my friends foreigners, and so should you.

As they say – ignorance is bliss!

Next time I go to do my weekly groceries, however, I’ll have a few conversation topics prepared in case I run into the same chap again…

Better be safe than sorry! 😉