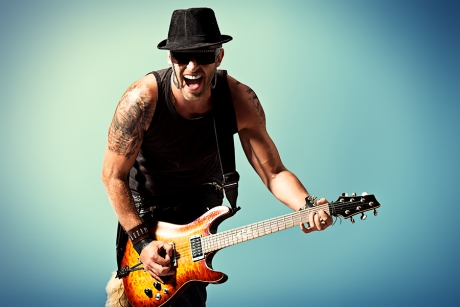 Do you sometimes get the feeling that you’re a really crappy English speaker and that your English sucks?

Well, I also get this feeling sometimes, and despite having dealt with my main fluency issues a long time ago there are days when it kind of feels as if it’s not even worth opening my mouth.

There are occasions when I have to record a video for my YouTube channel, for example, but I just can’t stand the way I sound on that particular day, and I can’t get rid of the feeling that I should rather stay away from it and get back to it the following day.

Do you think I do that and just keep my mouth shut?

I simply ignore the fact that I’m feeling bad about my ability to speak in English properly, and I proceed with recording the videos.

More often than not the result is quite surprising – when I watch the video I can clearly see that my English speech is by far better than I thought it was!

So here’s the simple conclusion I can draw:

Your English Speech Sounds Much Better to Someone Listening to You!

I’m not really sure what it is and why it happens, but if you had the chance to listen to yourself as you’re speaking (when recording a video of yourself speaking in English, you actually get to do just that!), you’d realize that on most occasions when you think you come across as a bad English speaker you actually sound quite well.

Fair enough, people will spot those mistakes you may make while speaking, and they will notice your hesitation when you’re trying to think of the right English word to say.

But here’s the thing – what sounds like a minute long pause to you, may be just a couple of seconds’ long hesitation in real life! 😉

You may be under the impression that you’ve been making 3 mistakes in every sentence you uttered, while in reality it’s the other way around – one small mistake in every 3 sentences! 😉

It’s the heightened awareness of your own speech that may lead you to believe that it’s a whole lot worse than it actually is!

Some of My Best Videos are Recorded When I Thought My English Was Crap!

A few weeks ago I recorded a video for my Accent Adventure blog called 7 Words to Make You Sound American.

This particular video was planned as part of the Year of English project,  so I had no choice but to get it done and over with.

I sat in front of my laptop, turned the camera on, and started talking.

When the video was recorded, I thought to myself – “Oh man, this was the worst American accent ever… How is this going to be any good for Aaron (it’s the guy’s name running the Year of English project)?” 🙁

I watched the video.

Well, it wasn’t so bad after all…

I watched the video again and again… And every next time my American speech sounded much better! 🙂

I published it, Aaron e-mailed it to his members and I got some really great comments on the video – one person actually says they thought I was a native English speaker! 😀

Same goes with some other videos I’ve recorded down through the years – when I start recording them, I feel as if my speech is terrible, and I make plenty of mistakes, but in the end it turns out the speech is quite good and I only have to do a couple of small edits to get rid of the flaws in it!

Here’s another example of such speech of mine: Prepare for Important English Conversations by Speaking With Yourself!

When I’d stopped recording my monologue, I had a terrible feeling that I would have to do it all over again. During the editing process, however, I realized there wasn’t much to be done! I mean – whatever gave me the impression I’d made plenty of mistakes while speaking for the video, it was all wrong!

There’s no Reason Not to Speak Even When You Feel Your English Isn’t Up to Scratch!

OK, fair enough – maybe you are indeed experiencing a bad fluency day – but then who doesn’t?

Just because your English doesn’t come up to standards at this particular moment in time, doesn’t mean you have to shy away from conversations with other English speaking people!

There are just two possible scenarios to a conversation or a speech that you think isn’t sounding too well:

Now, if it’s the former – well, everything is fine! You think your English is bad, but to everyone else it sounds just fine.

If it’s the latter… Well, there’s a positive aspect to keeping on speaking even despite making mistakes and getting stuck for words. If it happens, you may want to resort to THIS STRATEGY to break through the plateau and regain your fluency by simply forcing yourself to… make mistakes while speaking in English?!

More often than not, this strategy actually works so the bottom line is the following:

You have to speak in English even when your speech may be not as good as normally. There’s a good chance you actually sound much better to others, but if it’s not the case – you just have to keep speaking by trying to make as many mistakes as possible to break through the plateau and regain your fluency!

Thanks for tuning in,