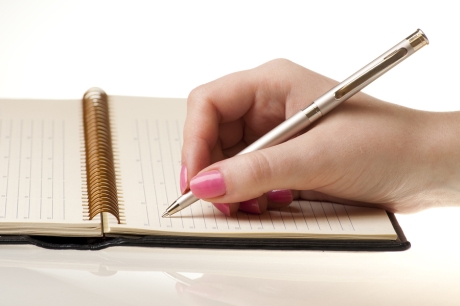 I have to be totally honest with you guys and come clean on something.

I’ve never done purposeful DICTATION with the sole purpose of improving my English!

For those unaware – dictation is exercise whereby you copy someone’s speech by writing it down.

But it’s not really odd considering that I used to follow the path of the traditional text-book based English studies for a very long time, and as you can imagine, there’s no-one speaking when you open the textbook.

You’re just required to fill in gaps in exercises and to provide written answers to questions.

Over the years my English writing improved to a high standard quite naturally, and when I realized that I’d been neglecting my spoken English, I started engaging in spoken English practice whereby I’d rather copy and mimic other English speakers by SPEAKING OUT LOUD instead of writing it down.

Well, come to think of it – I actually have done a certain amount of dictation when transcribing my own YouTube videos, but you can’t really count that as a proper dictation exercise. The reason being – I didn’t do it as an English-improving activity, I simply needed to transcribe my videos so that I could publish them on my blog.

Proper dictation is done when you purposefully LISTEN and then you transfer what you hear in written form thus improving both your English listening and writing skills.

And this one, my friends, is the first benefit of dictation! 😉

Dictation Trains Your Listening, Writing and Speaking at the Same Time! 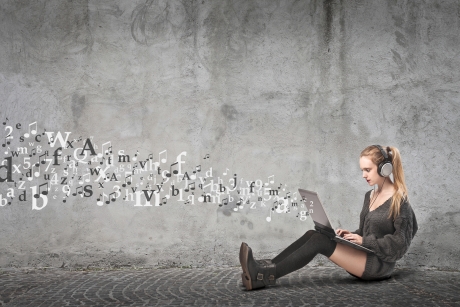 Dictation allows you to work on both your listening and writing skills simultaneously, so instead of doing exclusive English listening practice whereby you’re just trying to make out what’s being said, you’re developing your writing skills as well as speaking skills.

“How the hell would I develop my spoken English by WRITING something down?” – you may ask.

So basically instead of writing something that you come up with on your own, you’ll be copying what you hear while speaking it out loud thus hitting all 3 aspects of your English at the same time!

But that’s not it!

The first one being…

You’ll Exert Your Hearing to a Much Greater Degree!

Now, just think about what’s happening when you listen to someone speak in English? Your mind is constantly perceiving the verbal message along with some visual clues and as a result it deciphers the meaning of that particular verbal message.

But chances are – you’re not exerting your hearing to the maximum!

You might miss a word or two, but you’ll still get the overall meaning of the verbal message, right?

When you have the task to write it down though, you’ll be making sure you understand every single word and therefore your listening is going to be trained to a greater degree than if you weren’t writing it down at all.

And the second benefit is:

You’ll Learn to Write in English in a Native-Like Manner! 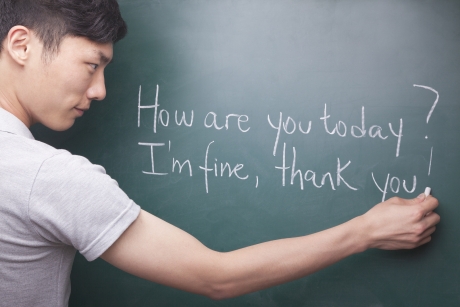 Every time I would write, I’d edit my writing by reading through it a number of times and making adjustments according to how well it sounds when read out loud.

The breakthrough moment in my writing happened a good few years ago when I realized that for the best results I had to write just the way I’d speak, and I’ve been doing it ever since.

One thing that I hadn’t kind of realized was that I could get on the fast track of written English fluency by doing some dictation!

I could have been listening to professionals giving speeches and then I could be writing it down thus making sure my hand adopts native-like speech patterns right from the get-go instead of the much longer trial and error way, which brings us to the next point: 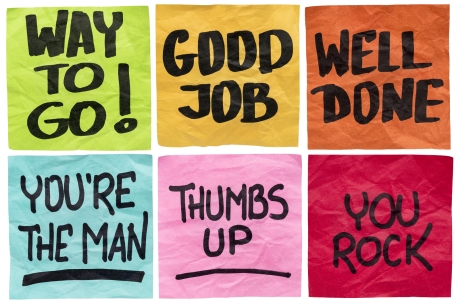 I guess it’s no surprise anymore to any of my blog readers that the English language (and any other language for that matter) consists of word combinations or the so-called collocations.

Now, when you listen to English speech with the intent of copying it, and then you actually DO it, it’s only logical that you tend to adopt those word combinations and you’ll find it much easier to use them in your writing down the line.

Make Sure You Write Down Something WORTH Copying! 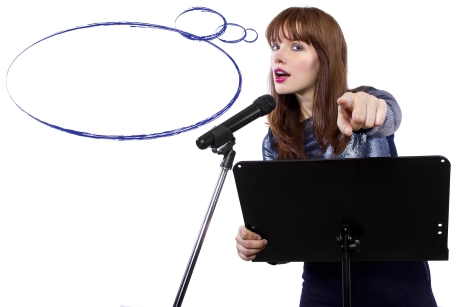 I’m sure you’ve realized by now that written and spoken English can be very different.

Well, it’s not always the case – personally I speak AND write using friendly and easy-to-understand language – but the one thing I can’t deny is that when speaking, people tend to mess up their language a little bit.

You tend to leave sentences unfinished, you pause, you interrupt yourself and start a new sentence when you feel like doing it, and while there’s absolutely nothing wrong with that (just read this article where I’ve analyzed the actor Benicio del Toro’s interview), I don’t think such audio material makes for good dictation practice.

I think that if you’re going to spend time doing some dictation, it should be something really worthwhile, something that you’d most likely use when writing in English in other situations!

The more advanced your English skills are, the more difficult content you can go for, but obviously you still have to make sure it’s not too hard to understand. There’s no point in forcing yourself to listen to some English content you barely understand and trying to write it down – you’re just going to waste your time doing so.

Most Natural Dictation – Taking Notes During a Lecture 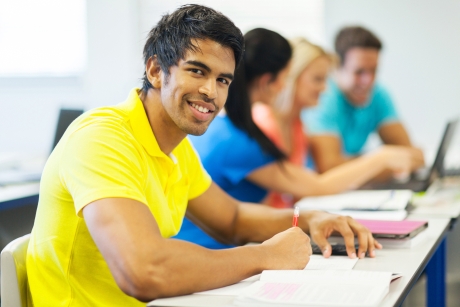 I’ve never had the privilege to be part of an English-based education system, but I’ve had my fair share of courses and training in the various working places.

I’ve been taking some notes during those training events, and I guess I wouldn’t be wrong in saying it’s pretty much the same as taking notes during a lecture in college.

If you were attending some English educational institution, you wouldn’t have to do any purposeful dictation for sure, and in a few years’ time your English writing would indeed develop to a fairly decent level.

Just think about it – if you’re constantly taking notes, you’re quite naturally FORCED into a position where:

How to Use Dictation to Improve Your Spoken English 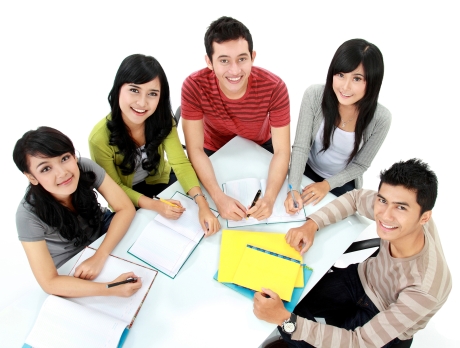 Step #1: DICTATION – listen to some motivational speaker such as Tony Robbins, and write down his speech by pausing the video from time to time. Also, as you do it, make sure to shadow the speaker and speak it out loud when you write it all down. Skills developed – LISTENING, SPEAKING, WRITING.

Step #2: READING OUT LOUD – now that you’ve written the piece down on paper, read it out loud a good few times. You may also watch the video again and again by trying to read along the speaker (this is the so-called shadowing) thus trying to nail the pronunciation. Skills developed – SPEAKING, LISTENING.

Obviously, you’re not expected to retell a 300 word long piece word-by-word – you can rephrase and use your own words as well, but the most important thing is that you’ll definitely adopt a decent amount of natural speech patterns – they’ll just imprint into your mind!

As an added benefit, you’ll also develop all other aspects of your English, so I’d say if you engage in this kind of practice quite regularly, your overall English level is going to SKYROCKET!