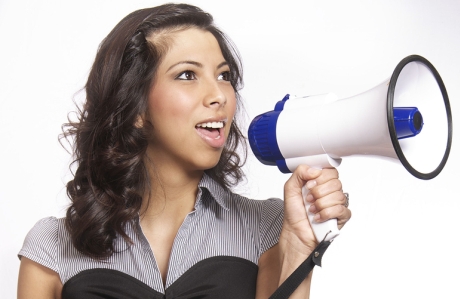 I’m sure you know that it’s quite hard to change bad habits, don’t you? Once something has become your second nature, it’s more difficult to change it than making sure you’re getting it right from the get-go!

Imagine yourself sitting in a classroom and writing down new English vocabulary words into your copybook. I had to do it at school, and I’m sure such practice is pretty much alive even in this day and age.

Now, your first encounter with those new words is purely VISUAL. You’re looking at them, re-writing them into your copybook and with every additional exposure those new words get imprinted into your VISUAL MEMORY.

No wonder you often visualize English words and sentences in front of your eyes when speaking which results in hesitant and interrupted speech!

What’s even worse, while re-writing them into your notes, you may involuntarily read those new English words in your mind with incorrect pronunciation! As a result, wrong mental association is formed linking a particular English word with the corresponding wrong pronunciation.

Furthermore, such visual and wrong pronunciation related associations are quite hard to eradicate considering that they’ve been created upon your first encounter with this or that particular new English word.

First impressions are lasting impressions, and if you’ve built your English vocabulary the old-school way by writing and memorizing,…

… you may have created thousands of visual and wrong associations in your mind which hamper your ability to speak fluent and natural English!

Now, considering that traditional English studies are centered around reading and writing, it’s not hard to imagine that this issue of wrong mental imagery floating around your mind as you’re trying to speak is prevalent among foreign English speakers who are trying to achieve English fluency or improve their pronunciation!

… provided that you’re learning English as a FOREIGN LANGUAGE!

Native English speakers, on the other hand, arrive at school with their heads stuffed full with English vocabulary acquired without any reading and re-writing, have you ever thought about that? Yes, they will be guided through pretty much the same educational system and they’ll also be required to write down hundreds and thousands of English words AND learn their spelling.

The fact that they’ve already acquired thousands of words large English vocabularies PURELY BY SPEAKING, however, makes a world of difference!

If you learn new English vocabulary purely by speaking, you don’t form a visual association in your mind. You don’t keep seeing that word in front of your eyes, and there’s nothing to inhibit your ability to use that word in a fluent conversation!

When that proper association is created, you can write all those new English vocabulary words into your copybook all you want, just like native English speakers studying English at school, and it’s not going to damage your ability to use that vocabulary as part of a real-life conversation.

If, on the other hand, you’ve acquired most of your English vocabulary purely by reading the new words, writing them down and then memorizing them, there’s a pretty good chance you’ll never get rid of the habit of preparing your speech in your head prior to speaking because you’ll keep seeing all that content in front of your eyes due to the strong VISUAL association!

Moment of Truth: Look at How Children Acquire Languages

There’s a very popular misconception in the English teaching industry about natural language acquisition at the early stage of a child’s life: children don’t just start speaking a language – they listen first and only THEN speak; therefore it makes sense to engage in a lot of listening first!

Simple enough – we, adults, are CAPABLE of speaking so we don’t need to spend a lot of time engaged in listening ONLY! You’re not going to become fluent just by listening, and unlike toddlers living in native English speaking families who are quite naturally forced to listen all the time before they’re developed enough to start speaking, we are perfectly able to listen AND mimic all we hear IMMEDIATELY.

What the industry seems to have overlooked, however, is the fact that when those native English speaking children start speaking, there’s NO WRITING INVOLVED WHATSOEVER!

No visual clues, no writing-based associations that will make them visualize the actual words in front of their eyes when they speak.

I’m Not Talking About Images Linked With Certain Concepts!

In case you’re saying – “Hold on Robby, I can definitely think of mental imagery associated with a lot of my native vocabulary! When I say ‘an elephant’, for instance, I do imagine an elephant; same goes with pretty much any other word!” – here’s my explanation.

Of course we have mental imagery associated with the respective vocabulary, no doubt about that.

What I’m talking about in this article is a bit different.

I’m talking about the actual IMAGE OF THE WRITTEN WORD in front of your eyes; that’s the only wrong association inhibiting your fluency!

When you learn new English vocabulary purely by speaking, your mind will still conjure up images and store them, and that’s totally natural. You will not, however, keep seeing that word as it’s written in your copybook or on a whiteboard in front of your classroom, and that’s what I’m talking about here!

Over the years you may have even developed a bad habit of “writing” new English words in your mind’s eye as you learn them even if it happens in a natural setting where there’s no real writing involved, and it’s definitely not beneficial to your fluency.

As I’ve said previously in this article, such a habit results in a speech preparation in your head before you’ve even said anything aloud, and that’s what you should avoid by all means possible!

Pronunciation Also Has to Be Learnt by Speaking FIRST!

Here’s the real kicker – most of the new vocabulary English students write down in their copybooks isn’t even required to be SPOKEN OUT LOUD!

I find it shocking, but nonetheless it’s true! 😡

Just think about this:

Because of this very problem, I personally still have a lot of English vocabulary that I pronounce the wrong way. It’s a habit formed at the early stages of language acquisition, and such habits are quite hard to break. Now that I engage in a lot of spoken English practice, I try to fix my imperfections picked up over all those years of reading and writing based English studies, but why does it have to be that way for you?

It doesn’t, if you adhere to these few basic English vocabulary learning tips:

If you already do that – great!

If you don’t – start doing it!

It’s of the utmost importance, my friends, that you pronounce any new words, and of course – learn them CONTEXTUALLY.

If you repeat a phrase or a word combination containing the new English word by speaking it out loud, you’re imprinting that word into your mind AND your speech producing organs.

It means that every time you open your mouth to say that word, you’ll just say it instead of ‘reading it from your visual memory’!

I know it’s easier said than done, but you’ve just got to get rid of those English words popping up in front of your eyes before you speak them out loud.

Years long traditional English studies have contributed to that, and now it’s up to you to develop your ability to just say things without ‘writing’ them in your mind’s eye first.

A lot of spoken English practice whereby you force yourself to speak quite fast without giving yourself enough time to ‘write’ all those English words in your mind!

Yes, you may start making a lot of mistakes when speaking in that fashion, but you don’t have to do it all the time. And you may also find that after a while you suddenly stop making all those mistakes for the simple reason that you won’t have enough time TO THINK and ANALYZE your own speech!

Basically it’s reverse psychology, and please read this article where I’m describing how this stuff works ❗

This one is of a particular importance to you if you’re into reading English fiction – just like me!

Basically what you have to do is read aloud from time to time, and you’ll definitely realize you’re forced to look up certain words to see how they’re actually pronounced.

Personally I achieved complete English reading fluency while not being a particularly good English speaker which means that much of my English vocabulary hasn’t been acquired through speaking.

Because of that, I still have moments when I might say certain English words with the wrong pronunciation, and engaging in loud reading sessions is a very handy way of spotting your imperfections in terms of pronunciation and it gives you an opportunity to eradicate them.

And even if you’re not into reading English fiction, you still should read aloud every now and then when reading online news or reading my blog, for instance!

Such reading practice will also help you overcome the problem of visualizing English words in your mind’s eye as you speak, and over time you’ll emerge a much more fluent foreign English speaker than you ever were!

Thanks for reading my blog, and you’re welcome to leave a comment below if you’ve got something to say in connection with what I wrote in this article or simply to say hi to everyone! 😉