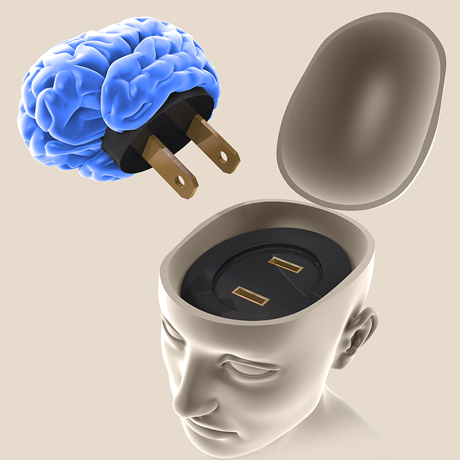 I’ve been blogging extensively about creating wrong associations in your mind between English words and also English vocabulary and your native language.

This time let’s look at how to create natural collocations so that you wouldn’t blame me for focusing only on the negative!

Learning new English vocabulary in context is very important because if you come to think of it, the smallest language unit is a phrase as opposed to a word. Learning separate words is so old-school; if you really want to be fluent you need to feel instinctively how things are said in English naturally and in what context certain words are used.

If you translate directly from your native language when speaking in English, most of the unique characteristics of the English language will be lost on you – starting with English idioms and ending with specific terms – and that’s why contextual English learning is so important.

1. Learning which words go together when building your English vocabulary.

Whenever you hear a new word, make sure you memorize the whole phrase containing the new word so that you can use it naturally instead of just trying to fit it in based on your native language speech structures.

Let’s take for instance, the word ‘to perpetuate’. If you just learn what the word ‘to perpetuate’ means you’ll add it to your passive vocabulary. Maybe you’ll be able to use it in conversations, but I strongly doubt you’ll be able to use the word instinctively and spontaneously; you’ll still have to spend a few moments before you realize that it’s the best fitting word for that particular situation.

I’d rather memorize a natural English collocation such as ‘to perpetuate the stereotype’ so that whenever I discuss a related issue, I’m able to deliver that phrase in a millisecond.

2. Mimicking native and other English speakers and picking up natural collocations along the way.

When you communicate with other English speakers, you’ll definitely notice the way they speak and what phrases, expressions and word combinations they use to describe certain things.

I noticed that one of my work colleagues uses the word ‘contrary’ to describe certain people by calling them ‘a contrary person’.

Prior to that I would only use the word ‘contrary’ as part of an idiom ‘on the contrary’ – meaning ‘to the opposite what was said’.

Now I started mimicking my work colleague and using the expression ‘a contrary person’ to describe someone who always disagrees with what I’m saying.

Google is a very powerful tool because it shows you which words go together forming natural collocations through its intuitive search function!

I’m sure you’ve noticed that as you start typing in a word in the Google search bar, it offers you a number of related searches. They are the most popular search terms beginning with the respective word; at the same time they’re also words that normally collocate because Google filters billions of English language entries and spots correlation between words.

So when you want to find out a meaning of a new word OR you’re guessing what it might mean – perform a Google search before looking it up on a dictionary website.

For example, when you type the word ‘aggravated’ into the Google search bar, you’ll see a number of search terms come up. The first one is ‘aggravated damages’ which is a legal term, and the next two are ‘aggravated burglary’ and ‘aggravated assault’. These two are the most commonly used collocations containing the word ‘aggravated’, and now you can memorize them so that you can use them later on in a fitting situation.

For instance, when you’re hungry and you think of certain food, do you always have that thought appear in your mind as actual words? Don’t you have that split second when you just see an image of roast potatoes and chicken in front of your eyes?

I think I can’t go wrong if I say that we all can think of such moments, so it should tell you of the importance of creating a direct association between the image and related English word or term.

I recently drove my car into a bollard and when I was telling about this small accident at work, I didn’t know the word ‘bollard’ which is a short pillar normally found between the sidewalk and the driving part of the road.

This sort of association is great for building your English vocabulary and making sure your native language won’t mix with the newly acquired English words!

I had recently learnt a new English word ‘swig’ which means a big mouthful of drink like in a phrase ‘to take a swig’. Still for some reason I would say ‘swag’ instead of ‘swig’ – a word I didn’t even know at the time.

Once a was chatting with one of my native English speaking work colleagues and he pointed out that a swag is a sack that you’d throw over your shoulder and carry on your back; a typical cartoon thief would carry a swag when slinking away from the house he’s just robbed.

Then I said to myself – “All right, a robber carries ‘a swag’, so whenever I want to talk about taking a gulp of drink and the word ‘swag’ comes to my mind, I have to think of the other word – ‘swig’ – and that’s going to be the right one!” So that was the association I created in my mind. Now whenever I want to say ‘to take a large mouthful of drink’, the image of a robber carrying swag on his back would come to my mind. Then I’d know that the other word – ‘swig’ is the right one, and then I’d say – ‘to take a swig’.

Maybe this type of association does hamper fluency a little bit because you’d spend a split second while this mental imagery is going on in the background; yet I believe you’re still better off by saying the right word instead of keeping saying the wrong one.

So use these methods of creating associations between English words, and you’ll definitely see your English fluency come along!